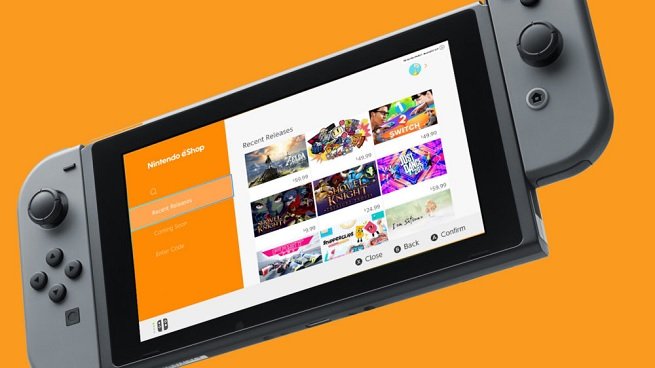 Nintendo has been catering to the indie community in this current console cycle more than they ever have before, and the results are showing. The indie catalog on Switch has been growing by the day, and it's become a platform that many indies fondly call home. But just as Steam spiraled out of control with well nearly 8,000 titles last year alone, there's a real danger for the Nintendo eShop if the company isn't careful.

Nintendo of America's head of marketing, Doug Bowser, told me at E3 2018 that the Switch already has amassed over 700 titles in 15 months, and now during the company's fiscal Q&A session, senior executive officer Susumu Tanaka made it clear that Nintendo is ramping up its release schedule.

"We started working with indie developers during the Wii U generation," Tanaka commented. "For Nintendo Switch, we set up a development environment that supports Unity middleware, which is used on smartphones and other platforms. We are also actively engaging with indie developers at video game-focused shows and other events in different regions. We also had a Nintendo booth at the BitSummit indie game event held in Kyoto, where we showcased some games.

"Some of the indie games already released have gone on to become million sellers worldwide. In the future, we are looking to release around 20 to 30 indie games on Nintendo Switch per week, and we definitely expect to see some great games among them."

We've allowed for easier discoverability, new releases, best sellers, and a couple of different ways that you can sort the content to start to learn more about it.

Nintendo Director Shinya Takahashi added, "We do not think of indie games as competition for the large-scale games we develop ourselves. Rather, I think these indie games are what really invigorate Nintendo Switch overall."

The indies have absolutely invigorated the Switch platform. Team Cherry's Metroidvania title Hollow Knight is the latest success story, selling 250,000 copies in two weeks on the eShop. The game, so far, has seen around 20% of all its sales on the Switch alone. But as Nintendo strives for more and more titles each week, discoverability is going to rear its ugly head. Some simple math reveals that if Nintendo hits its goal of 30 indie games per week, the company will be adding well over 1,500 titles to the eShop annually, and who's to say they will stop at that pace?

Back at E3 last month, Bowser stressed to me that Nintendo is aware of the discoverability issue. "We provide a lot of feedback [to the team in Japan]. They also have telemetry data that helps them understand how people are navigating the issue. And we have made some updates. We've allowed for easier discoverability, new releases, best sellers, and a couple of different ways that you can sort the content to start to learn more about it. And then, there are also options off device," he explained.

"We're working very closely with our retailers in fact. We've got the ability now to sell the majority of our catalog, digital catalog through our retailers. And with the help of our retailers, they also have the ability to curate the shopping experience, and make recommendations through their own algorithms they have loaded. Amazon as an example, we've found that they've been able to really help steer and guide recommendations. So we're constantly looking at how gamers are engaging in the eShop... and we're now looking for ways to help them explore more, so the input is being received by Japan, and they're making the updates as they're able to."