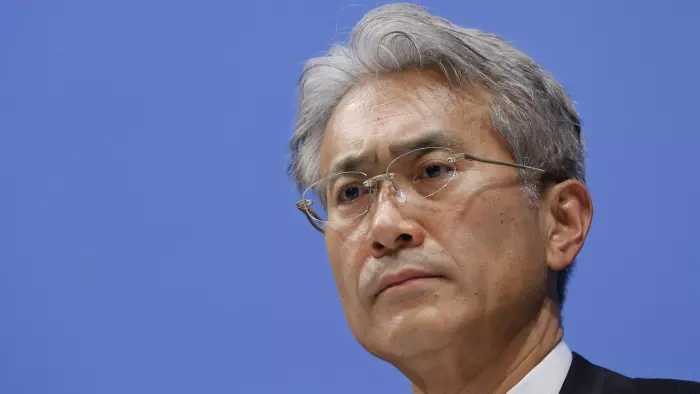 We don’t yet know what the next PlayStation will be called, when exactly it will be available to purchase, or what form factor it might take. But Sony executives are starting to put the strategy around the company’s next home console into focus.

The PlayStation 4 began its life after Sony was the perceived underdog for almost the entirety of the Xbox 360, PlayStation 3 generation. As Sony and Microsoft prepared to launch the PlayStation 4 and Xbox One respectively, the former aggressively courted indies while the latter had garnered the ire of that community.

Much has changed since 2013. The Vita (arguably the best indie machine up to that point) is dead. The Vita’s sunset left the door open for Nintendo to make the Switch a new bastion for indies. Sony has refocused on big-budget AAA games and the largest indies (sometimes called triple-I). Microsoft has changed tack to court a range of indie partners through its Game Pass program and, in some cases, studio acquisition (though at that point developers like Obsidian, Ninja Theory, and Double Fine lose their “indie” label).

“As Xbox One lost this console generation to the PS4, it was on Microsoft to come up with a radical strategy to turn things around, with one component of that being studio acquisitions,” Kantan Games founder Dr. Serkan Toto told GameDaily via email. “It's clear that Sony doesn't actively invest in securing indie games for the PS4 anymore and instead bets on bigger titles to sell hardware and drive profits. Microsoft's strategy is not very different. On consoles, Nintendo has now taken on the role as the big brother for indies, and I believe they have been very successful with that strategy so far.”

As we approach the next generation of Xbox and PlayStation consoles, Microsoft is abandoning its all-on-one entertainment strategy that was an anchor for the Xbox One’s early life, while Sony will stay the course, locked on the gaming audience. In a May 2019 strategy briefing, Sony CEO Kenichiro Yoshida explained how the new console will benefit players by focusing on enhanced graphical fidelity and shorter load times (both elements highlighted in Mark Cerny’s interview with Wired).

“The most important way in which consoles create value is by providing users with an immersive gaming experience,” Yoshida said. “Providing that experience is one of the key aspects Sony has worked to ensure over successive generations of the PlayStation console. “We are just as dedicated to delivering that immersive experience on the next generation console we are currently developing. We plan to do that by further improving the computational power of the console, measured in TFLOPS (Tera Floating-point Operations Per Second), and by dramatically increasing the graphics rendering speed through the employment of a customized ultra-fast, broadband SSD.”

In a recent Wall Street Journal report, Yoshida has attributed with saying that the upcoming console is a “niche product aimed at serious players.” The audio recording suggests something different, as Yoshida was responding to a question about the memorandum of understanding with Microsoft for development of cloud gaming and artificial intelligence technologies, as well as the outlook of the importance of the game business to Sony in the future.

“We provide, as I said today, immersive business,” Yoshida said. “This user experience is something we would like to continue to place an importance on. The console market, if you look at the game industry as a whole, is not a major market. It’s a niche market, if you will. For core gamers, immersive experiences are something we would like to value. In this respect, and for the time being, consoles are something that bring about computing functionality to users and it’s very important. On the other hand, technology will progress. As I said today, Remote Play and PlayStation Now—the streaming services—will be worked on in parallel.”

Yoshida’s response is a wordy answer to the question that, when boiled down, states that consoles will continue to be a focus for Sony, but cloud streaming is a growth area for the company. There isn’t much change in strategy here, except for Sony bolstering its cloud services as a bulwark against Google encroaching on the market.

“I don't think the target group focus is fundamentally different,” Toto affirmed. “I don't expect a different audience for PS5 when compared with PS4. What Sony may have meant is that with the PS5, they again focus on games - instead of entertainment in a broader context.”

Yoshida did take the opportunity at the May 21 strategy meeting to talk about his vision for PlayStation’s future. He landed on two words: immersive and seamless. “Immersive” represents the technical leap possible with the upcoming hardware. “Seamless” is a restatement of Sony’s commitment to cloud-based gaming, both through the PlayStation Now subscription service and through Remote Play, a feature now available on mobile devices.

Another piece of Sony’s strategy may come in the form of studio acquisitions, as the PlayStation business has been watching Microsoft snap up high-profile, hit-making studios. A piece published in Nikkei suggests that Sony Interactive Entertainment president and CEO Jim Ryan is considering buying up studios as part of his business unit’s strategy. However, there are no quotes available in the piece that specifically speak to this.

What Ryan did say is that in a market that sees new competition from Google’s Stadia cloud console, “content becomes more important than ever.” In response, Toto told GameDaily that the reality is that companies of Sony’s size “always look for reasonable M&A opportunities, and Sony is certainly not different.”

Everything we’ve heard about the next PlayStation console points to Sony staying its course from the PlayStation 4 era: evolve graphics, provide developers with new tools, and endeavor to make the PlayStation brand the market leader. The big unknown as we enter a new hardware cycle is cloud service. So far, none of the major players have made a convincing case that game streaming is the industry’s inevitable future.