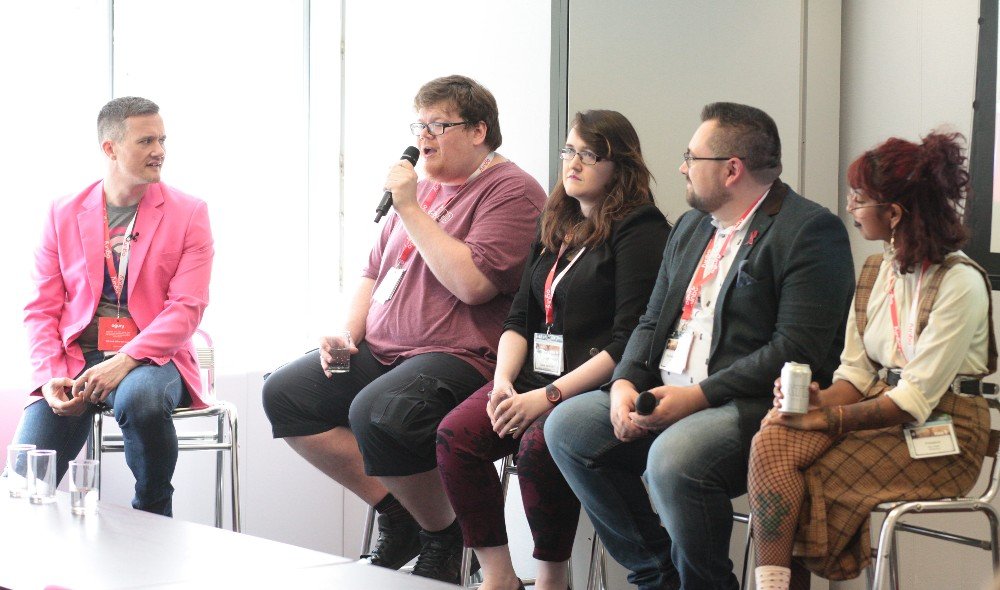 As part of our 21st Century Leadership track at Casual Connect London, which offered a close look at diversity and inclusion, women in games, and more, we held a special panel on LGBTQ representation in games. The talk was moderated by Richard Franke, Founder and Creative Director, Magic Notion, and saw participation from Ed Fear, Senior Writer/Designer, Mediatonic, Claire Sharkey, Head of Marketing and PR, Weather Factory/Sharkbit, Izzy Jagan, Freelance PR Manager, and Robin Gray, Founder of Gayming Magazine.

The panel began by talking about some games that did a really good job with proper representation. The Fullbright Company's Gone Home was cited as one example of a title that integrated a queer love story in a "really natural and organic way." The original Dragon Age from BioWare was also given credit for being "pioneering" with its characters, especially given the game's age (released in 2009). "The best representation is one where it isn't shoehorned in, it's just natural," noted Sharkey, who cited Mass Effect: Andromeda as being a great example.

Be sure to check out the full one-hour discussion in the video below. There's plenty for developers to think about when incorporating the LGBTQ community in a natural way into a game's world and its narrative.