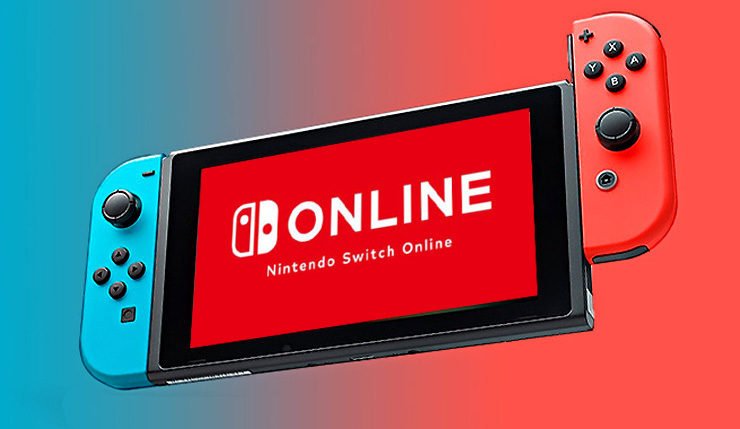 Nintendo recently posted a summary of its Q&A with shareholders, revealing that its Nintendo Switch Online service has reached 10 million subscribers since launching last September. These sorts of Q&As are often quite revealing, giving the public a rare glimpse into the strategy and corporate thinking that drives the house of Mario. In addition to the subscriber figure, Nintendo management explained its mindset towards emerging technology such as cloud gaming.

10 million subscribers represents nearly a third of the global audience for Switch -- an audience that may not expect much from Nintendo when it comes to online gaming, given the company’s slow pace of improvements in the online segment. Nintendo was specifically asked about its online subscription during the Q&A, and the investor did mention the low barrier to entry ($19.99 for a year) but noted concern for Nintendo’s “weak” content for the service.

Nintendo President Shuntaro Furukawa commented, “We recognize that making the Nintendo Switch Online service attractive to users is extremely important, and will continue to make the content of the service even more appealing going forward.”

Nintendo has not laid out how it plans to make its subscription service more appealing. Having great content is a key selling point of any online platform, but until Nintendo can back its online service with more content, it’ll be important to leverage its marketing resources. Recently, Nintendo partnered with Twitch Prime to give members free three-month passes through January 2020 -- a move that likely did boost that 10 million subscriptions figure. Nintendo, and the industry at large, cannot ignore the fact that business is increasingly services-driven. Xbox Game Pass, PlayStation Plus and Now, EA Access, and Uplay+, among others, are changing the landscape. Nintendo is never a company to be purely reactive but it does need to be prepared.

“Subscription-based services are becoming common in all sorts of industries, not just the games industry,” said Furukawa. “Those sorts of services have already been implemented within the game industry and it was even a popular topic of conversation at this year's E3. Nintendo, also, offers the Nintendo Entertainment System (NES) Nintendo Switch Online service, which allows members of Nintendo Switch Online (a subscription-based service) to play NES games. We believe that we need to further enrich these sorts of services in the future. Nintendo's policy is that we will consider whether each product we offer is suited to a subscription model as we expand our business in the future.”

From the outside looking in, it’s easy to assume that Nintendo is not very proactive when it comes to emerging fields like virtual reality or cloud gaming, but Mario creator and Nintendo Representative Director Shigeru Miyamoto pushed back on that notion.

“We have not fallen behind with either VR or network services,” he stressed. “We worked on them from the very beginning, and have been experimenting with them in a variety of ways. In that time, we have objectively evaluated whether they actually allow our consumers to have an enjoyable play experience, and whether we can operate them at an appropriate cost. Because we don't publicize this until we release a product, it may look like we're falling behind.

“In regards to VR, we think that we have created a product that is easy for our consumers to use in the recently released Nintendo Labo Toy-Con 04: VR Kit. Nintendo consumers encompass a wide range of ages, including young children, so we will continue to create and announce products that can be enjoyed by anyone.”

When it comes to cloud gaming, Nintendo isn’t dismissing the concept at all. Far from it; in fact Nintendo has already run games in the cloud thanks to its partnership with Taiwanese firm Ubitus. At the same time, Nintendo is all about family fun, and MIyamoto pointed out that local/social gameplay will always be a key component of that.

“I think that cloud gaming will become more widespread in the future, but I have no doubt that there will continue to be games that are fun because they are running locally and not on the cloud,” he said. “We believe it is important to continue to use these diverse technical environments to make unique entertainment that could only have been made by Nintendo. The number of people coming into contact with digital devices is increasing more dramatically than ever before. For example, Super Mario Run has surpassed 300 million downloads. The fact that we've reached such a market means that opportunities for us are greatly expanding, so we would like to work on more and more unique projects.”

Mobile 5G technology and cloud gaming are likely to go hand-in-hand in the near future, as the blazing fast 5G speeds should go a long way towards eliminating latency. Nintendo Director Ko Shioda said that Nintendo is indeed “investigating” the technology at this point.

He also noted, “However, we don't only chase trends in technology. When considering what to offer in our entertainment and services, we think about both how the technology will be applied to gameplay and what new experiences and gameplay we can offer consumers as a result of that application. Cost is also an extremely important factor when it comes to 5G. It's difficult to use even an outstanding technology if the cost is too high, so we will continue to also thoroughly investigate the cost of new technologies.”

IHS Markit’s Head of Games Research, Piers Harding-Rolls, previously told GameDaily that he thinks a 5G-enabled Switch-like device could be in Nintendo’s future, but not for a few years. In an email today, Kantan Games analyst Dr. Serkan Toto largely agreed.

“Nintendo loves being a hardware and software manufacturer: that integration is part of the company's identity, and as such, I would not be surprised if Nintendo still would try to sell such a device in a possible cloud gaming future,” he remarked.

If that product does align with Nintendo diving whole hog into cloud gaming, it’s likely that the company will have to find a reliable partner, just as Sony decided to partner with Microsoft for its Azure cloud tech.

“I doubt that Nintendo, even though the company has no debt and billions of US dollars cash on hand, will start building server farms to support millions of people playing cloud games,” Toto stated. “I believe Nintendo will eventually have to find a partner if they get into the tech, a company that can handle traffic coming from a scaled audience.”

If Nintendo does ramp up its global pursuit of the cloud, it’ll need to make sure it has compelling content, which historically has never been a problem for the venerable gaming company. “The handful of cloud games that are available on the Switch in Japan do work very well on a technical level, but in my view, they are more experimental than anything else,” noted Toto.

It’s clear that Nintendo will be watching the rollout of Google’s Stadia and Microsoft’s Project xCloud with much interest. There was no talk about the cloud or new hardware from Nintendo at this year’s E3, but E3 2020 could be a different story.