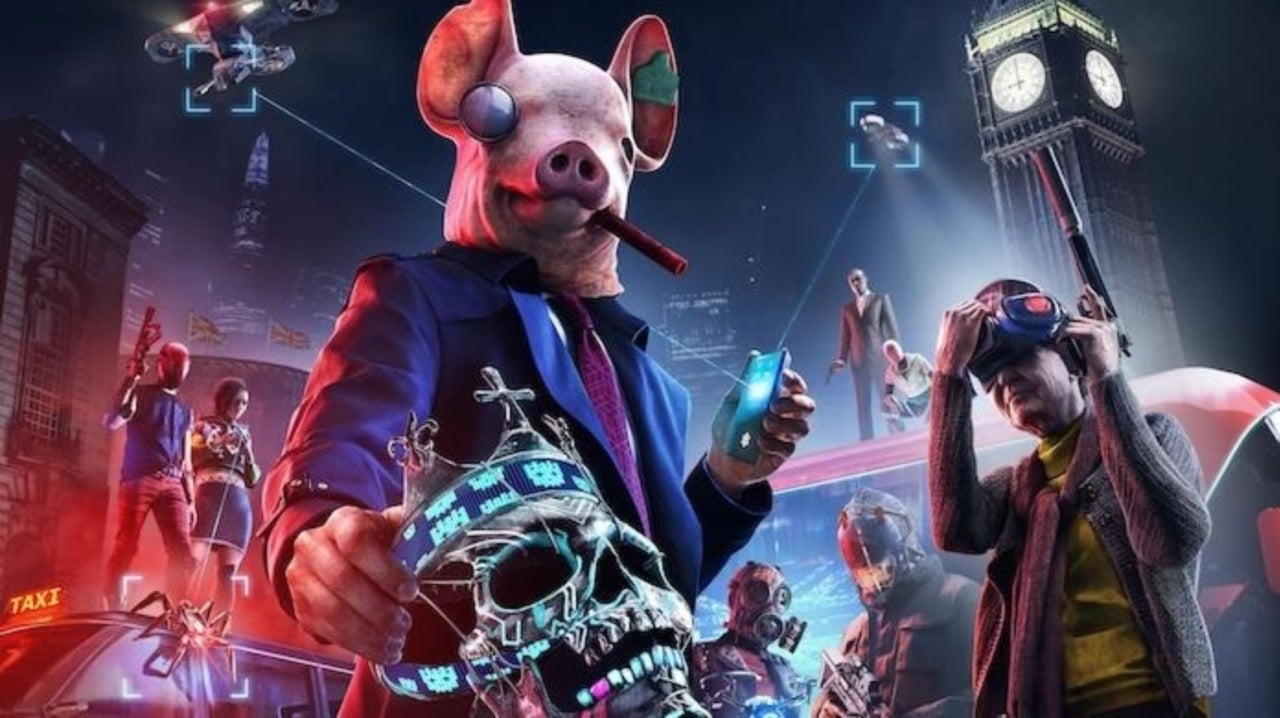 Ubisoft first announced its partnership with HitRecord at E3 2018 when its founder, actor Joseph Gordon-Levitt (Inception, Third Rock From The Sun), appeared on stage to unveil a collaboration for Beyond Good & Evil 2. It seemed innocuous at first; after all, plenty of companies encourage community participation -- just look at Media Molecule’s games. But the problem for BG&E2 is that HitRecord only set aside $50,000, and that quickly led to criticism and a defense from Gordon-Levitt after the initial reveal.

For the upcoming release of Watch Dogs: Legion, Ubisoft announced that it’s once again seeking to leverage the community through HitRecord with the goal of creating wholly original music for the game.

“In total, the community will make 10 songs this round of the community collaboration project. To pay contributors for the final pieces that we will deliver to Watch Dogs: Legion team, a line item of $2,000 was set aside per song,” Ubisoft explained.

Ubisoft is paying $20,000 for 10 songs. A full-time composer would, of course, earn much more than that. Also, it’s worth noting that each person contributing to a song is not necessarily going to receive payment for the full $2,000. HitRecord has a ‘Payment Proposal’ process it uses to publicly evaluate each contributed song.

“HitRecord will make an initial assessment of how much each artist should get for the part they played in making that song,” Ubisoft stated. “This assessment will be posted publicly on the site, in what we call a ‘Payment Proposal’.

It’s expected that the first round of Payment Proposals will go up in January 2020, just a couple months prior to Legion’s March 6, 2020 release. Ubisoft and HitRecord have stressed that the whole process is public and transparent. HitRecord also emphasized that it’s paid out over $3 million to artists around the world over the last nine years and that individuals are “fairly compensated.”

A number of developers and composers would beg to differ, alleging that Ubisoft and HitRecord are basically taking advantage of people’s ambition to get into the industry.

Cadence of Hyrule composer Danny Baranowski tweeted, “I know it’s hard to get into video game music. But please trust me - this is not the way. With the inevitable volume of submissions, this is no better than a lottery. Except you work for nothing and get nothing out of it.” He added later in the thread that it “actively damages the profession as a whole.”

Another composer, Megan Carnes, agreed, replying to Baranowksi: “I used to do stuff for HitRecord when I was younger and didn't know better, and even when things of mine ended up getting chosen and I got paid, it was nowhere near a fair amount. So yeah basically you can either not get paid or get severely underpaid! Hooray!”

Indie developer Mike Bithell (Thomas Was Alone, Volume) was one of several people to point out the irony that Gordon-Levitt, as an actor, belongs to a union and cannot be asked to work without compensation. Any composers who submit work that is not ultimately chosen by HitRecord and Ubisoft will not be paid. “Joseph is in a unionised profession, which is why I can’t ask him to work for free, and pay him if I like what he does more than the other 100 actors I ask to work for free and win a job,” tweeted Bithell.

He added that it’s a program that’s “exploitative by design,” and “framing a job on a commercially released game as a prize, and expecting a majority of that work to be done on spec, and obviously unpaid, is bad for everyone.”

Unionization in the games industry (along with the ongoing pushback against crunch) is a big topic of debate in the games industry right now, so the optics surrounding Ubisoft’s continued reliance on HitRecord certainly aren’t favorable. The Los Angeles chapter of Game Workers Unite held back no punches in its reply to Gordon-Levitt.

“Disgusting. Joseph Gordon-Levitt has a union contract yet he's peddling spec work for a billion dollar company. The game industry exploits our passion to pay unlivable wages, this is the next logical step. Soliciting unpaid labor for a product that will make millions,” said the organization.

HitRecord and Ubisoft continue to talk about the partnership being a great opportunity for the fans, but GWU Los Angeles and others believe that this is deliberate spin.

“That’s how they frame this exploitation, they spin it to be about the fans,” the organization noted. “Follow the money. Who benefits? A billion dollar company will be selling your music in a million dollar product. CEOs and investors will get millions in bonuses for YOUR work while you [get] next to nothing.”

Reigns and Where the Water Tastes Like Wine composer Ryan Ike joined numerous others on social media to boycott Ubisoft and HitRecord for this “spec work” model, which Ike said needs to “die out immediately.”

As one of the industry’s top publishers, Ubisoft continues to post strong earnings each quarter while it’s adapted incredibly well to the games-as-as-service model. It can easily afford to hire talented composers for Watch Dogs: Legion, and indeed, according to the official Watch Dogs Twitter account, it’s already working with professionals on more than 140 licensed songs. Why the company continues to engage in the HitRecord partnership when the BG&E2 reaction was negative at the outset is not clear. Development talent is the lifeblood of a company like Ubisoft. Ethics aside, it makes business sense for the company to remain in this community’s good graces.

For its part, Ubisoft continues to stress that “additional contributions - no matter how large or small - from anyone within the HitRecord community are completely voluntary, and are meant to give them a chance to have their own creative expressions included in the game.”

GameDaily has reached out to Ubisoft for further comment but has not received a response. We will update this story if we do.