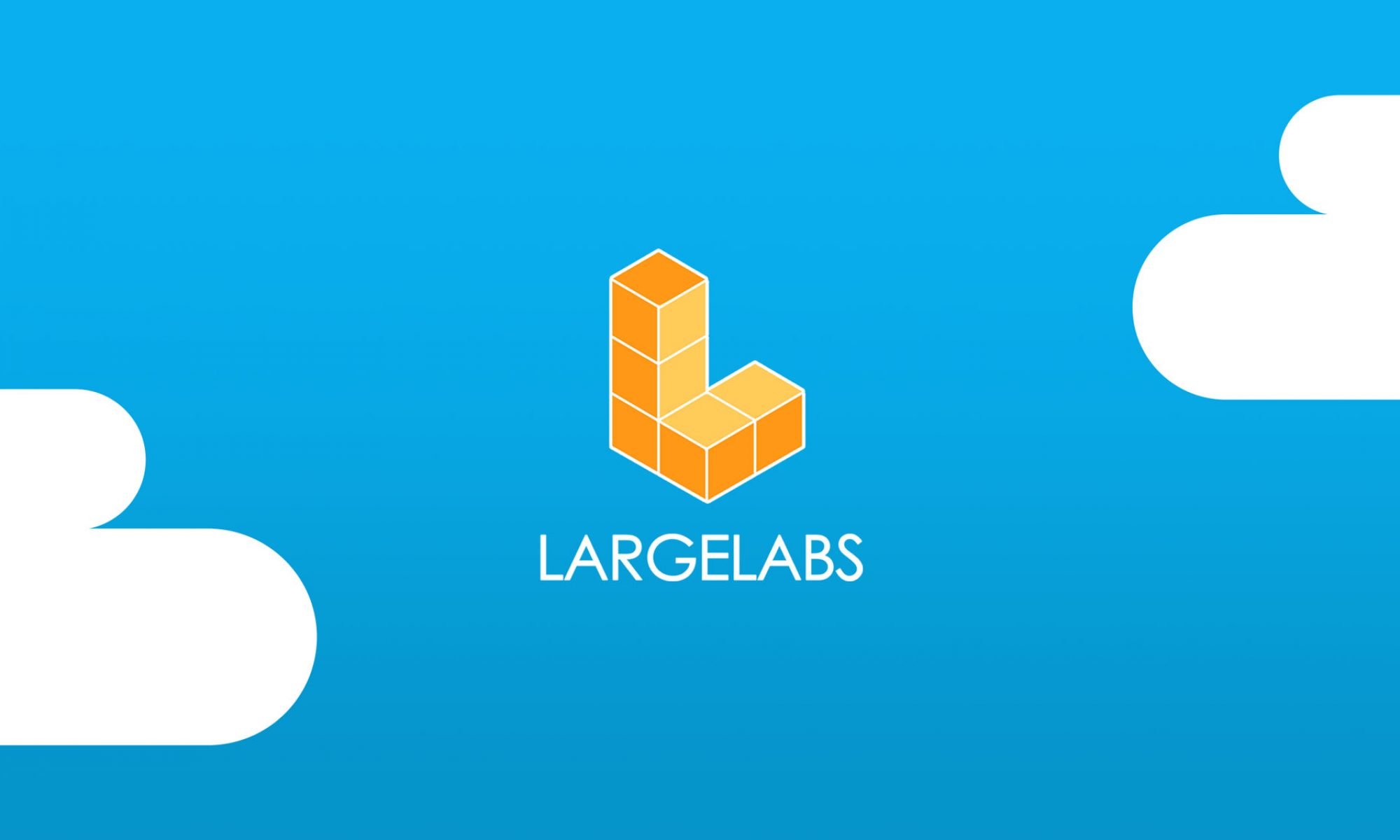 Karim Aboul-Enein and Sebastien Marty are developers between worlds -- as French citizens, Aboul-Enein (who is Egyptian) and Marty established their studio, Largelabs, in France and Egypt. The French development scene is a bastion of creativity and commercial success in Europe, but Egypt, like quite a bit of the rest of Africa, lags behind. Aboul-Enein and Marty are firm advocates for the Egyptian indie scene, especially as Largelabs continues to scale, even though they both know the difficulties that lay ahead.

GameDaily caught up with Aboul-Enein and Marty over email to talk about their unique approach to game development and what it means to be a studio between worlds.

Neither Aboul-Enein nor Marty started their careers in gaming, though both are lifelong gamers. Their careers have spanned product marketing, business analysis, and app development before the men landed at their first game studio, Mob in Life, in Paris. It had its "ups and downs," according to Marty but it ultimately led them to start their own studio.

I think, more than anything, that I wanted the freedom to make my own mistakes, rather than working for someone else's vision," Marty said. "So when the occasion occured to make something on my own with Karim, I was already on board."

"We were working on something ambitious for mobile platforms," Aboul-Enein continued. "It was an important budget for such a small studio and they were aiming to hit the geolocated games market with some very innovating mechanics that used the player’s real life location as a pillar in the whole game loop. It was very new and before Pokemon Go was even announced. The result was a technologically beautiful product that I was very proud of, but something was missing.

"I started working on side projects to evacuate some frustration. Nights and weekends were dedicated to my prototypes. Slowly, my side codebase started growing as I was working on some sort of 3D runner. When I tried to involve the team of our studio on this project, it wasn’t very well received by our top management."

So, Aboul-Enein decided to play it cool and avoid getting attached to the idea of this game existing at his current studio. It became an after-hours project and before long, he'd looped Marty into it.

And, of course, that's often how indie developers get their starts, as was the case with Nomada Studios, the developers behind Gris. Independence and freedom to create in the way that they want to, as opposed to how they're expected to. (A very Millennial mood, as they say.)

Before long, Aboul-Enein was planning to put down roots in Egypt -- he'd been dreaming of his homeland for years at that point. So when he approached Marty with his idea of starting a studio in both countries, Marty was all in… even if he didn't quite understand why Egypt was so important (yet).

"When I told Seb about it, we proceeded like any other entrepreneur who wants to know if he can take root in a market," Aboul-Enein asserted. "We looked at studies on the growth of 3G/4G connections in Egypt, identified what could be the local audience, studied the demographics, analyzed the job market and the competitors, estimated production costs, assessed risks and regulatory barriers, [and] how intellectual property works between France and Egypt.

"In the early days, we had this amazing feeling that everything was possible now that we were independent. We had this game to build, the visual identity of our studio. We could start going by our rules and just go anywhere we’d like."

"We pitched our studio to the French Chamber of Commerce and to the director of the incubator at the American University in the same week," Marty continued. "We were received with lots of enthusiasm by these people, which fueled us a lot at the beginning. This is how we started positioning ourselves and crafted our approach. Then, we drafted what seemed to be a viable strategy for a young studio trying to make it between two different countries."

There are cultural (and design) influences from both countries, according to both men. Largelabs strives for the "Egypt touch" in the midst of incorporating French design paradigms. The biggest problem for Largelabs hasn't been a lack of cultural buy-in, unlike with Italian studios -- it's a lack of an academic pipeline.

"[There's] the lack of business support and the difficulty of raising capital, but also the absence of what I call 'academic comfort'," Aboul-Enein noted. "I had the chance to experiment [with this] in France during my studies (internship opportunities in large companies, university trips, prestigious speakers, specialized courses with a solid theoretical basis…). There is a lot of potential and talent, but [indie developers in Egypt] have trouble entering the market."

And then there are the challenges of the marketplace, which is constantly underserved, much like Latin America has been until fairly recently.

"By being focused on the West and Asia, the production of independent or larger games delivers very few calibrated experiences for the Middle East and North Africa (MENA) audience," Marty stated. "The Arabic language is difficult and expensive to integrate for the studios, the culture is different… The App Store is not available natively in Arabic, which drives many MENA players to the USA store. They find the same games as the American public, alongside some products exclusively in Arabic, pushed by a few developers who seized the opportunity. This is too bad because Egyptians are gamers."

Part of the appeal of being a studio between worlds is that Largelabs can be exactly where they want to be -- Egypt -- while established a presence where they need to be -- France.

"Legally speaking, we are also Egyptian and French, with one foot in the village of Villandraut (Gironde, south of France) and the other one in Cairo," Aboul-Enein said. "We have two legal entities for Largelabs, one in both countries. This helps us to get partnerships and contracts in France that we execute in Egypt. We are preparing for the future with this. The distant horizon, after having consolidated our team in Egypt, is to go to the end of our bi-cultural approach by developing the French branch in Villandraut."

Aboul-Enein recognized that "the lower production costs in Egypt allow us to take risks that we couldn’t take in France."

One of those tasks, which has enabled the studio to be nimble in adding their latest game, Aliens Vs. Cowmander, to their small development portfolio, was in investing in "a sustainable codebase and tools." Production pipelines are no small feat to establish, but tools and processes are the backbone of every successful studio, regardless of size.

Largelabs was also able to "try new ideas," in part to crack the local market but also to test partnerships, focus on Arabic localization all the way through the development and production pipelines, while creating interesting, accessible games. Aboul-Enein is particularly proud of the fact that Largelabs is still completely independent. Largelabs bootstrapped itself with B2B gaming projects to fund their original IP. While Largelabs' approach is different, bootstrapping afforded Saber Interactive, Certain Affinity, and We Are Fuzzy (among many others) to stay solvent amidst creating original games.

"After two years, we still own 100% of our capital and we work with partnerships and licence agreements that we craft ourselves," Aboul-Enein said.

Two years into it and both Aboul-Enein and Marty have amassed a wealth of knowledge that they're looking forward to imparting to upstart Egyptian developers. They plan on building workshops in 2020 so that they can help soften the lack of "academic comfort," as Aboul-Enein put it. In addition, they want to ensure that Egyptian indies have the chance to make good choices about their studios before jumping into the deep end.

"Plan your marketing and PR early on," Marty said, when asked about what advice he would give to new indie developers. "Think about who is going to play your game very early on and how it will reach its audience. Don’t get in there thinking it’s going to solve itself out eventually - you need to have a solid plan with different layers. A lot of great games end up never finding their audience because of how much noise people have to go through before they actually hear about you. When you know what game you’re making and for who, plan your communication in advance, know where to find your audience and how to touch their heart and invest budget and time accordingly."

"We are all tempted to create the perfect game we would love to play ourselves," Aboul-Enein continued. "But think in the first place of why your target audience will want to play your game, not you. If your guts are telling you that you are having a great idea and a couple of friends are validating it, it’s not enough. Validate your intuitions with some metrics, analyze what is likely to succeed and when the game is out, never lose track of the metrics before making any bold decision. Intuition can be a great ally, but it can also turn out to be your worst enemy."

After all, video games (regardless of budget) are bits of commercial art. They need to turn a profit, otherwise the studio won't be able to remain solvent. More than that, it's about building structures, whether that's in the development/production pipelines or in studio processes.

"When the paperwork starts getting heavy, pay someone," Marty advised. "Have a Lawyer, an accountant, or both. You will waste much more time, money and energy trying to homebrew these things. If any service is worth the money you invest in it, it’s that one. Stay focused on what matters - making your game."

"Never code something that has already been done by someone better than you and that is accessible for 10 dollars on the Asset Store," Aboul-Enein offered. "And also, never think you’re 100% right about your decisions, even though they seem perfect when you make them. Because the day you realize that you made a bad decision and you need to throw away 2 months of work and start things over in a better way, it will be much less painful if you know that you are fallible. And these things happen."

Largelabs' approach to development and business is decidedly different than any other indie studio we've talked to, although Aboul-Enein and Marty are certainly savvy enough to wade through those complicated, murky legal international waters. Their game, Aliens Vs. Cowmander, is available on the App Store and will be available to play at GameDaily Connect USA in Anaheim, CA on August 27-29.

GameDaily Connect USA will be held in Anaheim, CA at the Disneyland Hotel between August 27-29. Get your early bird tickets here!