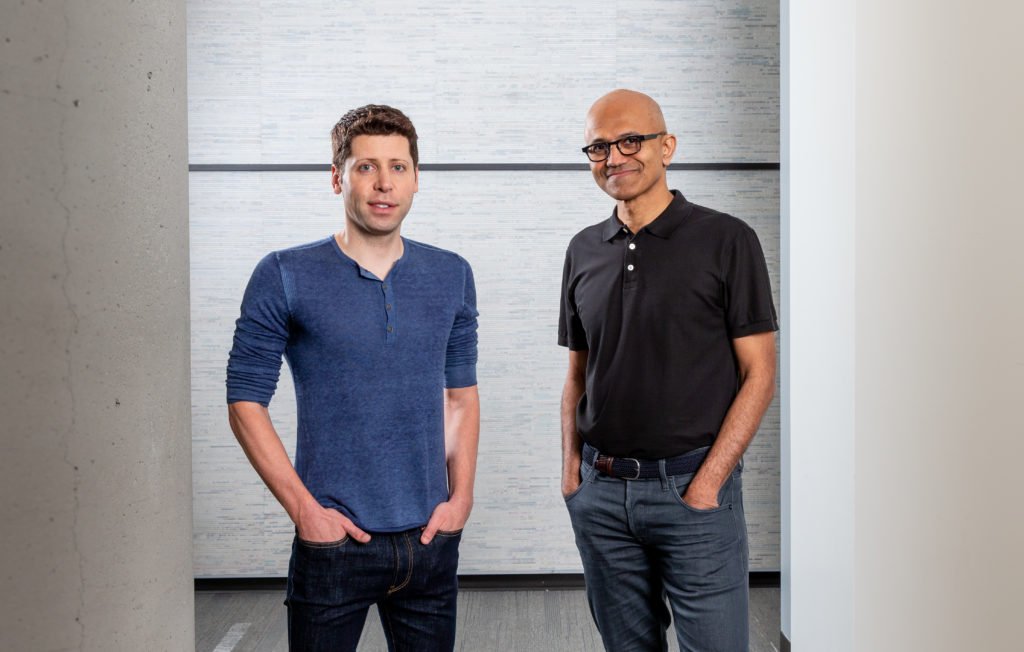 Microsoft has announced an investment of $1 billion in artificial intelligence company OpenAI as part of a wide-ranging exclusive partnership for the former’s Azure cloud services.

The new partnership will position Microsoft Azure as OpenAI’s exclusive cloud provider, as well as OpenAI porting its services to Azure in its mission to develop Artificial General Intelligence (AGI). The two companies will work together on AI supercomputing technologies for Azure, as well. Microsoft founder, Bill Gates, had given OpenAI's technology definitive praise for reaching an AI milestone with its Dota-playing AI, so clearly Microsoft has been eyeballing OpenAI for a while.

“The most important thing I wanted to talk about in the testimony is just the fact that people have been talking about AGI for certainly as long as I've been alive and it hasn't happened yet,” CTO Greg Brockman told GameDaily in our interview last July. “So, how should we think about the timeline and can it happen on a reasonable timescale? And the reason that we can't rule it out anymore is very simple; it really comes down to the hardware.”

Microsoft certainly can help OpenAI ameliorate the hardware concern with this hefty investment.

OpenAI CEO Sam Altman said the creation of AGI would be “the most important technological development in human history,” and that its mission for the technology itself is that it “benefits all of humanity, and we’re working with Microsoft to build the supercomputing foundation on which we’ll build AGI.”

Microsoft CEO Satya Nadella added: “AI is one of the most transformative technologies of our time and has the potential to help solve many of our world’s most pressing challenges. By bringing together OpenAI’s breakthrough technology with new Azure AI supercomputing technologies, our ambition is to democratize AI — while always keeping AI safety front and center — so everyone can benefit.”

In a blog post also announcing the deal, OpenAI’s chief technology officer Greg Brockman said that AGI has the potential to be technology that is “capable of mastering a field of study to the world-expert level, and mastering more fields than any one human — like a tool which combines the skills of Curie, Turing, and Bach” and that the potential impact of AGI “should be to give everyone economic freedom to pursue what they find most fulfilling, creating new opportunities for all of our lives that are unimaginable today.”

This deal continues the narrative that Microsoft is moving away from closing itself off with its own ecosystem to being a more open and collaborative company, both internally and externally.

Microsoft made Xbox Live support open for all on as many platforms as it possibly can, including support on Nintendo Switch thanks to the release of Cuphead for the system. Its industry-shaking announcement back in May of a collaboration with Sony that’ll see the two work together on new technologies for gaming and AI between the PlayStation and Xbox brands.

Even its Gaming for Everyone program that it has been pushing for the better part of two years is built on the foundation of collaboration, openness and support, with Xbox boss Phil Spencer pointing out the importance of it as his opening salvo in Microsoft’s E3 press conference last month.

This is a much different Microsoft than we have ever seen. Not even just in Nadella’s leadership compared to Bill Gates and Steve Balmer, but with Xbox too under Spencer’s leadership over the likes of Robbie Bach, Peter Moore, and Don Mattrick. How OpenAI's AGI mission will play into Microsoft's goals for inclusion and openness in both its corporate culture and its various ecosystems is an unknown, but it's an exciting partnership.