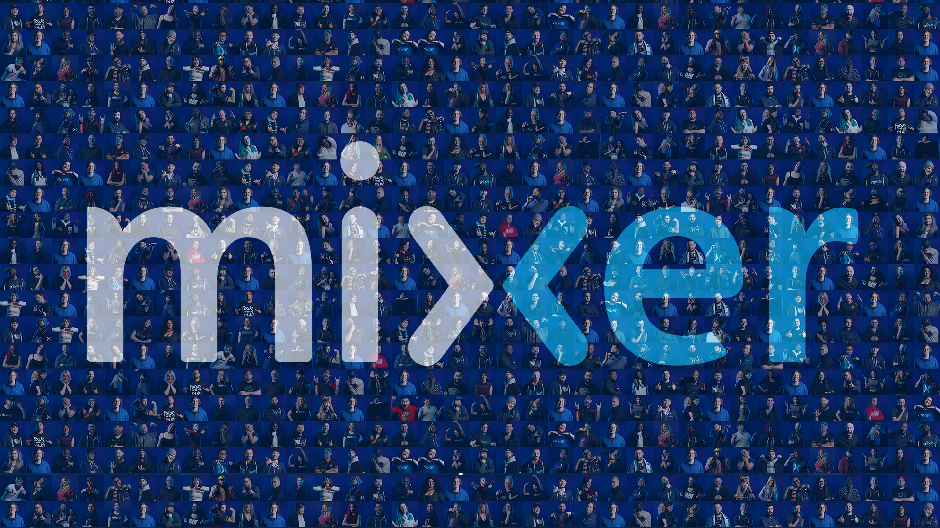 Mixer has been clear from the beginning: community is at the heart of every decision that it makes for the future of the platform. The latest series of announcements continues to affirm that commitment as Mixer creates better opportunities for monetization (regardless of Mixer Partner status) and keeping streamers safe in their channels.

GameDaily spoke with Chad Gibson, general manager at Mixer, and Jenn McCoy, Mixer's director of marketing, to better understand the changes to the streaming platform, which include a number of features to nurture new streamers, to mitigate streamer safety, reporting streamers for inappropriate content, a system to review streamers who are new to the platform, improved software for moderation, and a commitment to knowledge-sharing with others in the industry.

The first change that Mixer has made, according to Gibson, has been to make it easier to report abuse on the platform. Now, instead of the report button being hidden behind a separate menu, there is a "report abuse" button on every channel. Gibson stressed that this is for "any users to report anything they find inappropriate across all channels." He emphasized that Mixer believes reporting abuse should "super easy and simple" and help the moderation team enforce the freshly updated Mixer code of conduct.

"We updated our Mixer rules of conduct to expressly prohibit the distribution of terrorist and violent extremist content," Gibson said in our conversation. "I think that's a really, really, impactful thing to do."

By contrast, Twitch has been fumbling with problematic streamers for a while now and hasn't been able to find any consistency in how it enforces its own code of conduct. YouTube continues to be a hub of hate and cyberbullying and Google similarly hasn't found a solution to ensure its biggest cash cows remain accountable for their actions. Mixer's reaffirmation to its community, especially as Microsoft keeps one eye on growth for the future of the platform, is an important distinction when new streamers are weighing platform choices.

"We're creating a new toxicity screen program," Gibson continued. "And we're creating a bunch of tools to further give channel owners the ability to control what type of chat is allowed [and] what type of terms are allowed. We have some of those systems in place today with CatBot. But we're providing the next level of detail, which will allow channels to, for example, allow new users to have certain rules in their chat, returning users, or users who've supported the channel for longer, to have different rules on chat. Just to give more customization for channel owners."

Mixer is also implementing a streamer review system, which will go live at the end of August, to help deter toxic streamers before they take root in Mixer's ecosystem. "Any new streamers that want to come to Mixer are going to have to use their Microsoft account, which provides us a lot of shielding against burner accounts," Gibson noted. "[We will also have] those users go through and understand what it means to stream on Mixer and the things we stand for, and provide that additional screening for new people who want to stream to Mixer."

Moderators are the "unsung heroes of Mixer" and the platform will working to "elevate their status across their communities" in order to "recognize the material work they do" enforcing channel rules and an individual channel's code of conduct.

"For these channel moderators, we’re working on a new Moderator Program that provides improved tools and options to support their work, while also publicly recognizing and rewarding their invaluable contributions to the community," Gibson wrote on the Mixer blog.

And, to better support individual moderators, the professional moderation team at Mixer will be getting a number of new tools to allow them to "assess the risk and harmful content potential of professional streamers." Mixer moderators will be able to look at the content and flag it as harmful or abusive "before any end user would ever need to hit a button."

"Digital safety impacts the entire live streaming industry," according to Gibson, and in the spirit of Microsoft's investment in collaboration and openness across companies, Mixer will be sharing its findings with the industry in order to move digital safety into a better place across platforms.

Community health is the backbone of what keeps Mixer competitive in a Twitch-centric streaming world, but it's not the only thing that sets Mixer apart. The latest in Mixer's community-first approach is enabling streamers to monetize their channels before they've achieved partner status on the platform. Part of that is giving streamers access Mixer Embers, which act as early monetization before a streamer can charge for subscriptions. The only way to monetize on Twitch, on the other hand, is to become a partner.

"We really want to double down on our commitment to Mixer streamers and helping them achieve success on the platform, whether that's financial success or whether that's about growing, connecting with their audience," McCoy said.

Mixer will also be creating a streamer progression dashboard to pull back the curtain on what will be necessary in order to "earn additional promotion on the service," including streamer perks and additional monetization features. That level of transparency is something that Microsoft is starting to earn a name for in the game industry.

Part of a streamer's arsenal is understanding their audience and adapting to what they best respond to for content, timing of said content, and overall length. So, in order to best support that data-driven approach, Mixer is overhauling streamer analytics.

"We want to really focus on providing more insights into the stream health, into viewer engagement, and then audience understanding," McCoy noted. "So trying to help our streamers understand, who's watching and what's working, [and] how can they engage their audience even more deeply."

For the newest streamers, Mixer will be launching Mixer Academy later this year, which is "intended to be a very robust learning system that's really focused on helping our streamers grow their skills."

"It'll focus on areas like, audience engagement, branding, monetization and networking," McCoy continued. "And then Mixer Academy will also include a learning path for moderators."

Mixer's journey, regardless of recent layoffs, has been fascinating to watch unfold. While user numbers have steadily climbed over the two years that Mixer has been live, the hours watched and streamed aren't as high as Twitch or YouTube Live, yet. However, the continued commitment to supporting streamers, regardless of their status on the platform, sets Mixer apart. Twitch streamers may rule the roost right now, but Mixer is setting itself up for long-term success by setting firm boundaries for what content is acceptable (and what will get a channel banned) and helping streamers to find their footing when they first start.