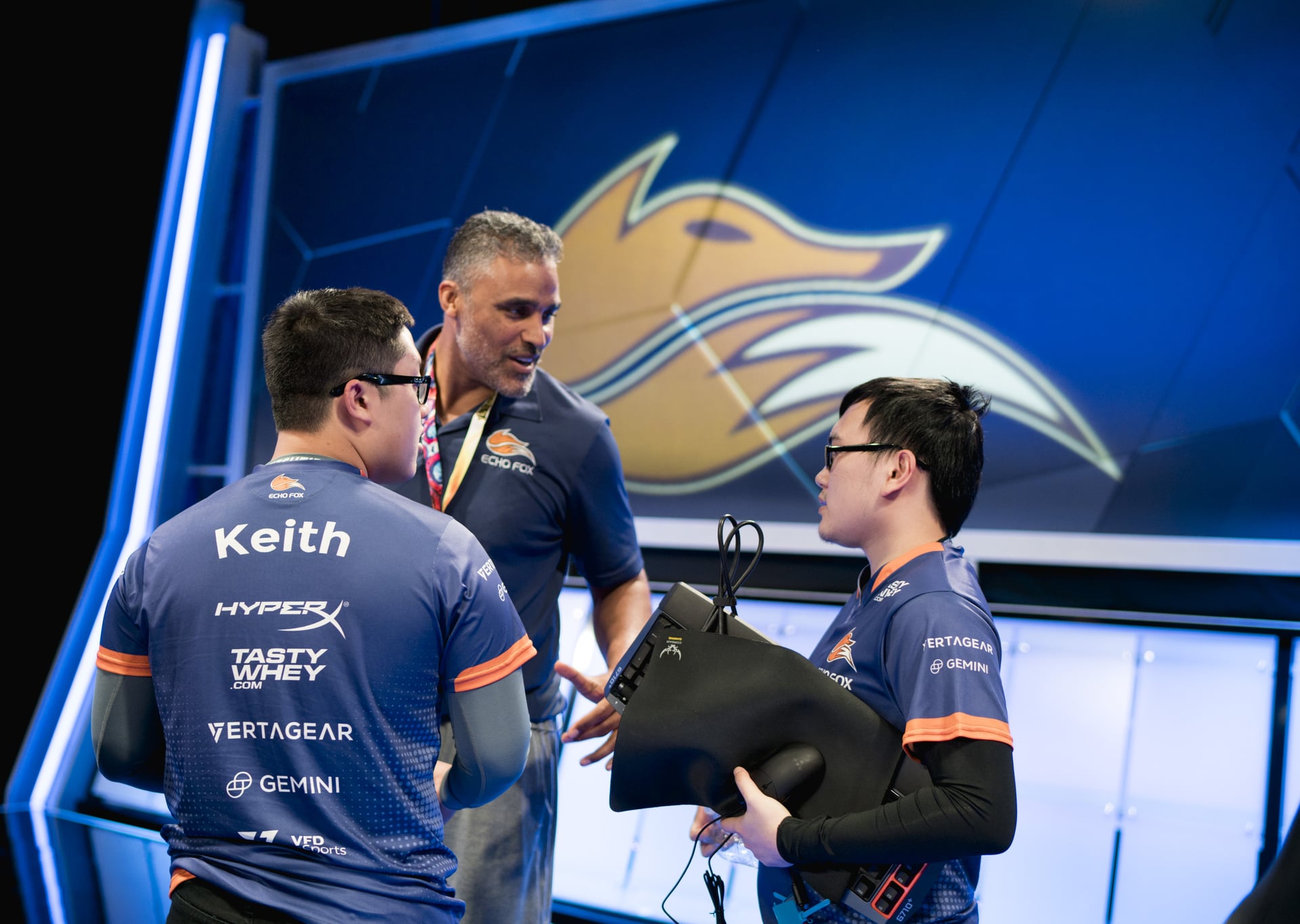 Founded in 2015 by NBA star Rick Fox, Echo Fox earned a permanent slot on Riot Games' League of Legends Championship Series in 2018 when the league franchised. It was an enormous opportunity for Echo Fox, as it signified the team met Riot’s demands for a "stable, professional," and "well-funded" organization, as Riot Games explained after announcing its franchise initiative. One year later, the LCS is considered a staple of the esports world and a model structure for other games entering esports.

“The LCS itself, since starting its franchising system last year, has proven to be a relatively stable endeavor for Riot and the teams involved,” esports reporter Victoria Rose told GameDaily. “From the start, the LCS had proven numbers in viewers and sponsors, and it's all held up pretty well since—League of Legends esports clearly isn't going anyway.”

It’s impossible to talk about the LCS without mentioning Echo Fox, which Rose calls a "historic name" in the franchise. Echo Fox entered the League of Legends league as a "major non-endemic organization" that radically changed how onlookers treated both the LCS and esports, she told GameDaily.biz. That’s largely thanks to Fox, who carried over prestige from traditional sports organizations while adapting the competitive gaming organization for a new, ever-changing medium.

“[T]hem being pushed out of the LCS by this awful situation, regardless of what the driving forces behind the decisions are, is a pretty big blow to the organization, the LCS, and esports itself,” Rose said. “It's especially bad for Echo Fox itself, because I assume there's a source of income through the LCS that added value to the organization. And obviously, it's bad because they had a racist on their board.”

Controversy began after news broke that Raizada used "racial epithets" against both Fox and Twin Galaxies Head Custodian Jace Hall, who previously served as CEO for Echo Fox, Newsweek reports. Esports publication Dexerto originally broke the story in April, with sources telling reporter Richard Lewis that Raizada "used the n-word to describe Hall," a circumstance which "isn't the only time such language has been used in retaliation" to Hall and Fox. Yet despite Raizada’s language reportedly targeting two Black men, one source told Dexerto that shareholders "tried to ignore this in the hope it goes away."

In response, the LCS conducted an investigation. Commissioner Chris Greeley concluded in May that Echo Fox must "take appropriate corrective action within 60 days" and that if the organization did not remove "any individuals whose actions violate League rules and agreements" regarding "hate speech, threats, and bigotry," then the League would take "formal action that may adversely impact the future of Echo Fox in the LCS."

Initially, Fox announced that he would resign from Echo Fox, stating Raizada made “threats to my family” and engaged in behavior that was an "outrageous and abhorrent display of pure racism.” However, after Riot’s investigation concluded, he vowed to stay with Echo Fox and attempt to remove Raizada from his role as a shareholder in the organization.

Then this week, Kroenke Sports and Entertainment reportedly agreed to purchase Echo Fox's LCS slot for $30.25 million, ESPN states. The deal is being reviewed by the LCS in the meantime, as it requires Riot Games’ approval before officially going into effect. When reached for comment, Riot Games provided an official statement from Greeley regarding the deal.

“Echo Fox submitted a proposal to sell its slot in the LCS to a new investment group. LCS is reviewing the sale and will be meeting with the proposed ownership group in the coming days,” Greeley said. “We’re working diligently to minimize disruption to Echo Fox players and staff for the 2019 season in partnership with the LCS Players’ Association. If LCS rejects the proposal, Echo Fox has agreed that LCS will be taking over the sale process for the slot. Our goal is to make sure we have an orderly transition and a new team ready for the 2020 season.”

GameDaily.biz also reached out to Echo Fix for comment, but did not receive a response at the time of publication.

Kroenke is a major player in the esports world in its own right, with the organization owning the Overwatch League's Los Angeles Gladiators. Rose considers Echo Fox’s leave and the $30.25 million “different issues,” pointing out the multi-million dollar sale is “no small deal, literally.” It’s a sign that becoming a permanent partner within the LCS is highly coveted, and that teams who entered the series with a slot last year made a powerful investment that’s paying off just one year later.

“According to [ESPN esports reporter] Jacob Wolf, given a $10 million estimated buy-in, that's a $20 million increase in the value of that slot. I don't think that's a bad valuation for the slot,” Rose told GameDaily.biz. “Actually, I'd even argue it's a steal for how stable the LCS is likely going to remain, especially in relation to other reported deals of similar value, like the Activision-Blizzard spots for Call of Duty or Overwatch's franchise leagues. It almost feels like they just had to get rid of the slot as soon as they could.”

If the deal is approved, Rose argues, Kroenke would highly benefit from entering the LCS. “Buying a franchise slot means you're cashing in for the opportunity to build brand loyalty over a long period, which is the real goal in esports,” Rose said.

But as Rose pointed out, Echo Fox’s departure is still a distressing one. The organization, once praised for providing a spotlight on the LCS, is leaving amid a political stalemate between racist language from a shareholder and a founder who refuses to back down in the face of racist abuse.

Real estate manager Michael Gortenburg, who worked with Raizada for over half a decade, told Newsweek that he will he believes the shareholder "will hold [Echo Fox] hostage for a lot of money" and "threaten [Rick Fox] because that's what he does.” It’s a blemish on an organization otherwise known for boosting the LCS’ legitimacy through a professional team with major investors like Disney and the New York Yankees supporting the company’s ventures.