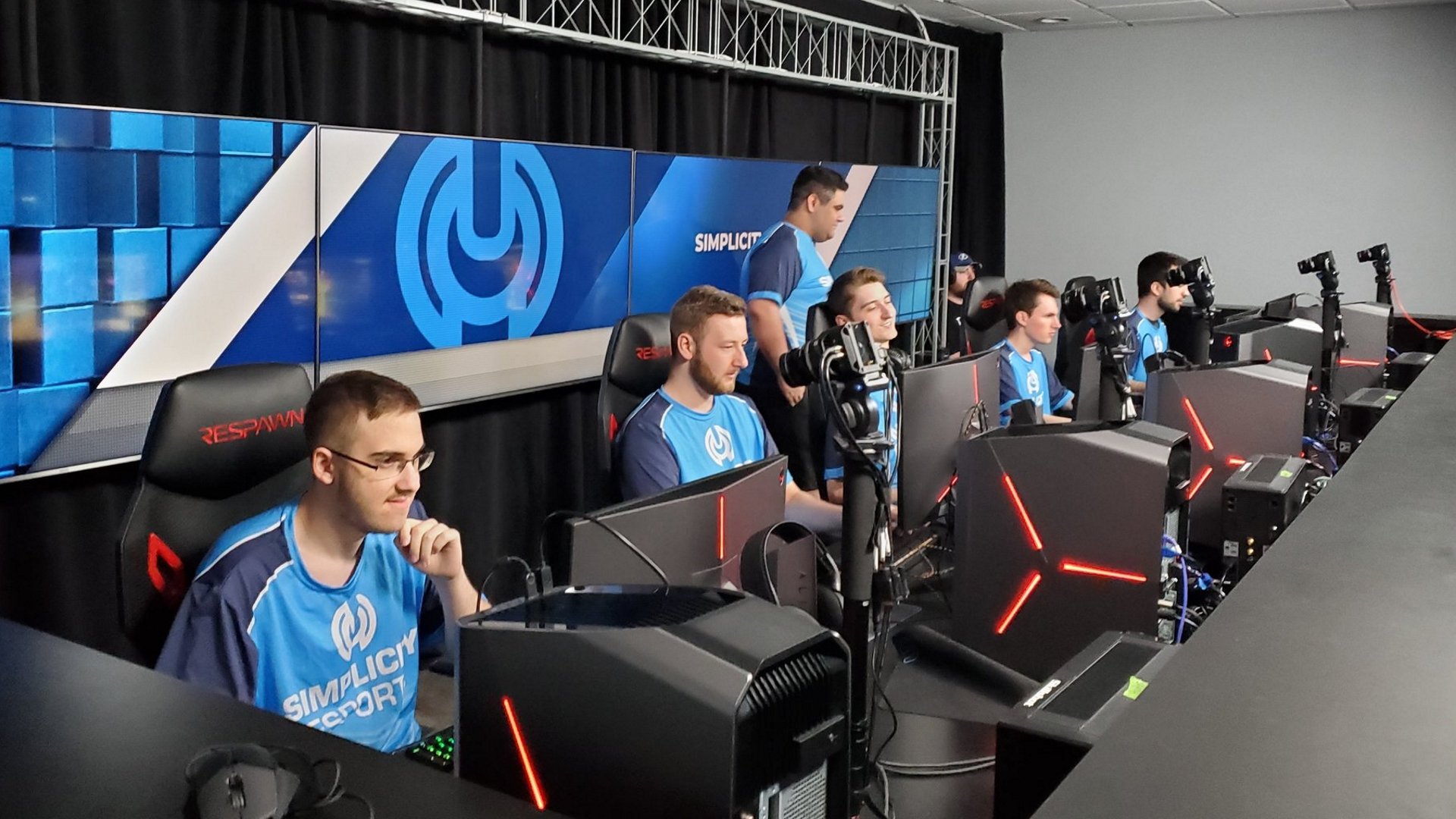 Simplicity Esports and Gaming Company is acquiring PLAYlive Nation Inc., which offers 44 "premium social gaming" lounges across 11 states. The purchase is yet another sign that offline gaming cafes and the esports world are coming closer together.

Founded in 2017, Simplicity Esports has teams across a wide range of games, including PlayerUnknown's Battlegrounds, Apex Legends, and Smite. The organization is based in North America and already operates offline Esports Gaming Centers, which “provide the public an opportunity to experience and enjoy gaming and esports in a social setting, regardless of skill or experience,” according to a press release obtained by GameDaily.biz.

PLAYlive is a natural fit. The organization came out in 2009 and has locations in California, Texas, Florida, Georgia, Washington, and Oregon, among other states. Every year, its gaming lounges receive 150,000 players and feature "a specialized entertainment gaming experience with a social setting," not unlike Simplicity Esports’ gaming centers. Players can compete with one another on console, PC, or through offline games like Magic: The Gathering, and locations offer tournaments and leaderboards for competitive play. As Simplicity Esports CEO Jed Kaplan notes, the company plans to continue this tradition by hosting “competitive tournaments, grassroots community leagues, and special events connecting both professional and casual gamers with our brand” in the near future.

PLAYlive CEO Duncan Wood was similarly optimistic. “Joining forces with the first pure play publicly traded esports organization in North America is extremely exciting,” he said in the press release. “The combination of our companies will create an industry leader and define the future of Esports Gaming Centers. My confidence in Simplicity Esports’ management’s ability to increase shareholder value, is reflected in my receiving restricted shares of common stock as consideration for the transaction.”

While mom and pop internet cafes were gradually closing their doors during the early 2010s, gaming lounges have seen a resurgence in recent years thanks to esports’ growing popularity. In 2018, Kotaku's Cecilia D'Anastasio announced that the LAN cafe was “making a comeback," showcasing Manhattan's "esports arena" Waypoint Cafe. Citing esports’ ever-growing popularity, D’Anastasio argues the LAN cafe renaissance lets players enjoy a “luxury” experience with “high-end PCs” and “an ambiance to fit.” Alongside gaming with friends, customers can grab food and drinks or join in on special events, such as viewing parties for the Overwatch League.

"As esports started to generate more income, more people started realizing that there needs to be a spot for it," Waypoint Cafe's owner Gino Gigante told Kotaku. "The LAN cafe evolved from being a place where people do their work to a place they go for pleasure—to play games after work and cut loose before going home.”

Granted, Simplicity Esports’ recent acquisition seems centered around younger players over the older player-base that gravitates toward spots like Waypoint Cafe. But regardless, PLAYlive and other family-friendly offline social spaces are a natural fit for esports organizations. They’re places where esports fans can come together, play their favorite games, join in on some friendly competition, and bond over their favorite teams: which are all excellent strategies for promoting brand recognition.