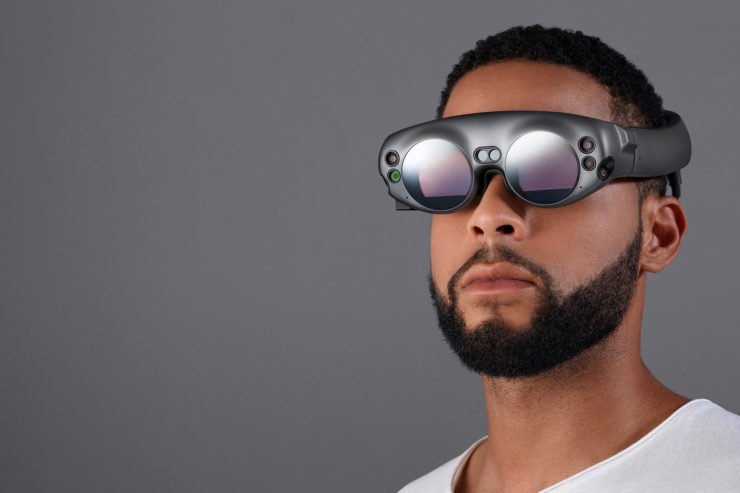 If Pokemon Go’s recent resurgence in popularity has demonstrated anything, it’s that AR isn’t going anywhere anytime soon. According to VentureBeat and The Venture Reality Fund, AR companies have grown to 290 (a 50 percent increase) since the end of 2017. The VR Fund started tracking AR sector growth (150 companies at the time) at the beginning of 2017 and noticed a number of new players on the scene by the end of the year.

VentureBeat talked with Tipatat Chennavasin, general partner at the VR Fund, to gain further clarification on how the AR and VR space is doing. “[...] virtual reality, which has struggled to gain a consumer audience, continues to get investments, as well. So far this year, the AR and VR companies have raised more than $1 billion.”

To that end, Magic Leap’s mixed-reality headset — MR glasses that’s been in the works for years and has received a considerable amount of hype — finally has a release date. After securing a lucrative partnership with AT&T, Magic Leap announced that it’ll begin distribution of its Magic Leap One Creator’s Edition later this summer.

Magic Leap founder and CEO Rony Abovitz talked in a press release about why AT&T is an important partner for them: “We’ve joined with AT&T because we believe in a combined vision of expanding high-speed networks, edge computing, and deep integration with creative content,” said Magic Leap founder and CEO Rony Abovitz in a press release. “Coupling the strength of the evolving AT&T network with Magic Leap’s spatial computing platform can transform computing experiences for people.”

Pokemon Go creator, Niantic, and its acquisitions help to prove that AR’s technology is about to hit the tipping point. But so far, there’s no real word on what the Magic Leap One’s “killer app” is going to be. They released their SDK and developer toolkit a while ago, but there hasn’t been much word on what to expect on launch. Magic Leap had opened up its creator portal to developers in March, but there hasn’t been much buzz around what’s upcoming. But it’ll be treat to see what developers are going to be bringing to MR/AR space for the Magic Leap One’s release.

Unlike immersive virtual reality, augmented reality doesn’t require the same kind of processing power. You can use tech that’s a little more lightweight and lot more portable. The Magic Leap One may not be particularly stylish, but as a home device for AR games, learning applications, or lifestyle apps, it could really tip the scales in favor of AR as an entertainment medium. There’s no word on how much the device will cost, yet, but there have been rumblings that it may rival the cost of purchasing an iPhone X outright (around $1000 US).