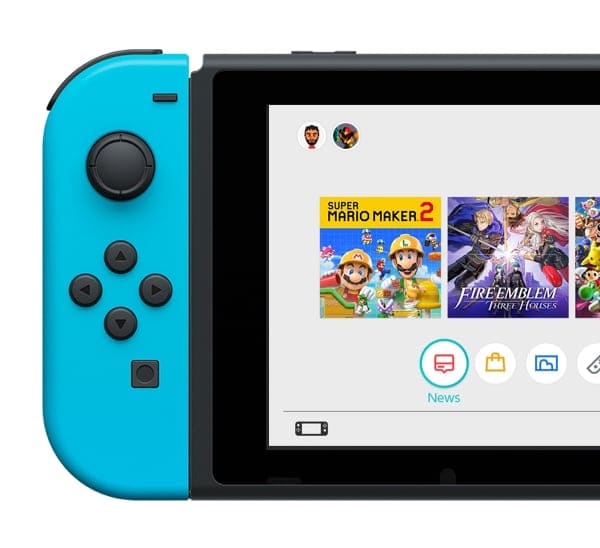 There was a time not long ago, when we’d look at Nintendo’s release schedule and see only cavernous gaps between tentpole releases. The Switch changed the company’s fortunes, courting powerful third-party support and pleasing fans that it had previously alienated with the Wii U.

Nintendo closed its first quarter of fiscal year 2020 mostly flat with ¥172.1 billion ($1.58 billion) in net sales, a 2.4% increase. Profits fell 45.7% to ¥16.6 billion ($152.7 million), entirely due to foreign exchange rates that shifted from Nintendo’s favor in the same quarter last year to sharply against in this quarter.

The company moved 2.13 million Switch consoles on its quest to hit an ambitious (but achievable) 18 million by fiscal year end. The company has delivered 36.87 million of the handheld/home console hybrids since the Switch’s launch in March 2017.

Super Mario Maker 2 was the star of the quarter, with more than 2.42 million units sold in its first month. It wasn’t enough to crack the top 10 best sellers on the system, though.

Nintendo updated its best-selling software list along with the latest financial release, giving us a clearer picture of what people are playing and the attach rates of the most popular games:

Since the close of the quarter on June 30, Nintendo has already released two first-party games: Marvel Ultimate Alliance 3 and Fire Emblem: Three Houses. The fall lineup includes a series of sure-fire successes in The Legend of Zelda: Link’s Awakening and Luigi’s Mansion 3. The biggest release for Nintendo this year is Pokemon Sword and Pokemon Shield.

This pair represents the first main-series entry on the Switch, and the first on a console that can be played in the living room (rather than exclusively handheld). Comparatively, Pokemon X and Y sold 16.4 million copies (21.8% attach rate) and Pokemon Sun and Moon sold 16.16 million units (21.5 % attach rate).

With Pokemon: Let’s Go Pikachu and Let’s Go Eevee already leaving those attach rates in the dust, Nintendo has every reason to be hopeful about Sword and Shield dominating the holiday gift season. The timing is perfect, with the company also releasing the smaller form-factor, handheld-only Switch Lite on September 20.

The third-party slate supports Nintendo’s internal efforts well. Ni no Kuni: Wrath of the White Witch, Dead by Daylight, The Witcher 3: Wild Hunt, Vampyr, and re-releases of Baldur’s Gate and other Infinity Engine PC games keep Nintendo in the conversation in a way it wasn’t during the Wii U era.

Nintendo is also moving to avoid potential problems with the United States and its trade war with China. The company confirmed it will be shifting some of its production from China to Vietnam. This will help it keep consumer prices in North America reasonable and avoid a hit to the bottom line caused by the combination of increased costs and decreased sales due to price sensitivity.

With Sony crossing 100 million PS4s sold as of its most recent earnings report, this generation is likely to go down as one of video gaming’s strongest eras. The Switch has big shoes to fill after the Wii’s runaway success. And while it’s trailing the Wii’s sales numbers at this point in its life cycle, as prices drop and the Switch Lite enters the market, we’re going to see more households adding a second (or third or fourth) console for family members. All of that adds up to a strong set-up for holiday 2019, before Microsoft and Sony steal the spotlight next year and the new generation kicks off.