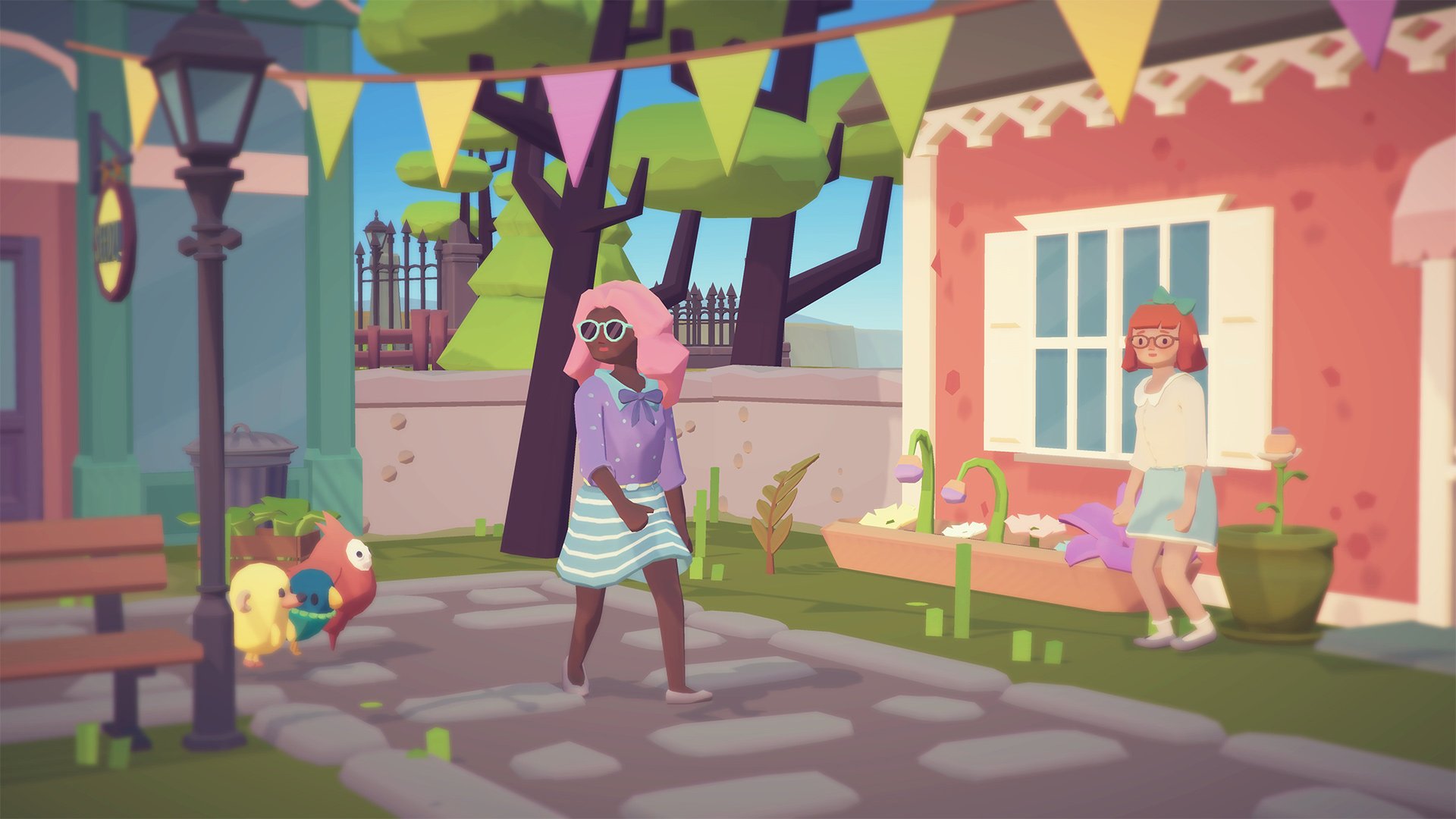 Epic has had enough.

Things escalated after some of the tongue-in-cheek comments in developer Ben Wasser’s post incensed certain individuals. A smear campaign against him alleged that he tweeted and subsequently deleted an anti-semitic comment about gamers. He addressed the comments on Twitter.

Gotta quickly address the faked screenshot going around of me supposedly saying "gamers would be better off in gas chambers". Obviously never said that, and as a Jewish person, this one really hurt to see being spread around.

It'd help if you could report people spreading it.

So now there's a video going around claiming to show me in-realtime posting the fake message and then deleting it.

People are believing it bc it's so outlandish that anyone would spend all the time to fake a video like that just to attack me, but that's legit where we're at.

The use of doctored images led Epic to issue a statement firmly in defense of Glumberland and its other partners that have come under fire.

We at Epic Games have often shared our views about the game business and companies in it, and we support the entire game community’s right to speak freely and critically about these topics, including the topic of Epic, our products, and our store. When everyone shares their earnest views, the best ideas ultimately prevail.

The announcement of Ooblets highlighted a disturbing trend which is growing and undermining healthy public discourse, and that’s the coordinated and deliberate creation and promotion of false information, including fake screenshots, videos, and technical analysis, accompanied by harassment of partners, promotion of hateful themes, and intimidation of those with opposing views.

Epic is working together with many game developers and other partners to build what we believe will be a healthier and more competitive multi-store world for the future. We remain fully committed, and we will steadfastly support our partners throughout these challenges. Many thanks to all of you that continue to promote and advocate for healthy, truthful discussion about the games business and stand up to all manners of abuse.

Glumberland’s Ben Wasser issued a lengthy statement today on Medium on behalf of the studio. In the post, he discusses and shares some of the toxic, violent, and bigoted messages he and his wife Rachel have received.

In the post, Wasser says he did not expect many outside their community to care about the change. However, the studio’s Discord was flooded with new visitors after the announcement.

“As new users streamed into our Discord — hurling insults, accusations, and demanding satisfaction over a game they’d never heard of — our community, with me leading the tone, wasn’t very welcoming to their behavior,” Wasser wrote. “I very foolishly engaged with these people, sometimes just answering them, sometimes making jokes, and often saying things in exasperation. It was obviously a mistake to engage in that way. I unintentionally threw a lot of fuel on the fire because my messages were screenshotted without any of that context (and sometimes specifically rearranged to change the context or outrightly fabricated) and shared back amongst where the hate mobs were mobilizing.”

Despite the recognition that his approach may have given harassers more fuel, Wasser is not apologizing. He is not walking back his comments about toxicity in the game community.

“I recognize that none of this post equates to an apology in any way that a lot of the mob is trying to obtain, and that’s by design,” Wasser said. “While some of what I’ve said was definitely bad for PR, I stand behind it. A portion of the gaming community is indeed horrendously toxic, entitled, immature, irrationally-angry, and prone to joining hate mobs over any inconsequential issue they can cook up. That was proven again through this entire experience. It was never my intention to alienate or antagonize anyone in our community who does not fit that description, and I hope that you can see my tone and pointed comments were not directed at you.”

Glumberland’s experience follows a number of other developers who have faced outraged communities in the wake of Epic Games Store timed exclusivity. Deep Silver’s decision to move Metro Exodus from Steam to EGS led to widespread review bombing and harassment. Ubisoft, 2K Games, Gearbox, and others have also chosen the safety of EGS’ minimum guarantees and prominent store placement at the cost of trolling and review bombing.

The decision by developer Ys Net to make Shenmue III an EGS exclusive created an even deeper set of problems. Some Kickstarter backers were incensed, demanding refunds for what they believe was a significant change in the product. As a result, Epic founder and CEO Tim Sweeney stepped in to promise that Epic will foot the bill for any refunds due to the exclusivity deal.

There are valid concerns about the Epic Game Store. It’s still missing key features that Steam offers. Epic has been slowly working through its roadmap, though cloud saves (while marked as “shipped”) have only been implemented for a few games. Some outside the U.S. have criticized the available payment options and currencies as barriers to entry.

These valid concerns are drowned out by specious arguments about Epic Game Store being a platform (it’s a storefront, not a platform) and that storefront exclusivity is somehow anti-competitive. And it’s safe to say that those harassing developers are dispassionate about the financial benefit and long-term stability that the exclusivity deals may offer. This seems counterproductive to those that enjoy the games those studios make. There are most certainly laces to criticize Epic Games Store, but until those valid concerns are dredged from the sea of vitriol in which they are lost, the message won’t land in a productive fashion.