U.S. retailers and consumers get stay of execution on Trump's China tariffs [Update] 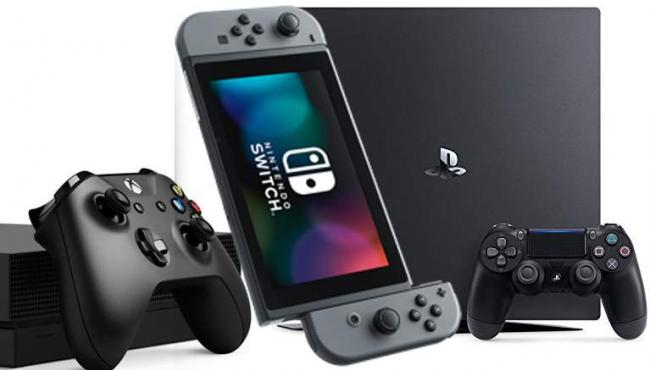 Tariffs on video game consoles “would injure consumers” and “put thousands of… U.S. jobs at risk.”

Those are the messages Nintendo, Microsoft, and Sony sent the Trump administration in June when the U.S. government was progressing down a path toward trade war with China by introducing tariffs on $300 billion of new product categories. Since then, the United States has slowed down just a bit, reducing proposed tariffs on video game consoles and tabletop games from 25% to 10% and delaying implementation until September.

Now, the Trump administration is pumping the brakes once again, with a decision to hold off on some new import taxes until after the holiday shopping season. A portion of the list will still see new tariffs on September 1, but consoles and tabletop games won’t be affected by the 10% increase until December 15.

“As part of USTR’s public comment and hearing process, it was determined that the tariff should be delayed to December 15 for certain articles,” an update on the United States Trade Representative’s website reads. “Products in this group include, for example, cell phones, laptop computers, video game consoles, certain toys, computer monitors, and certain items of footwear and clothing. USTR intends to conduct an exclusion process for products subject to the additional tariff.”

Mr. Trump has aggressively used social media to make his case for tariffs, targeting companies like Apple. Other electronics companies, including HP, Lenovo, Dell, Amazon, and Google are strongly considering at least a partial exit from China. There is, of course, no guarantee that those manufacturing jobs will come to the United States. Nintendo, for instance, has chosen Vietnam as a new manufacturing hub.

Upon announcing the tariff delay, the President told reporters that he made this decision because the new import taxes may harm American consumers.

“We’re doing this for the Christmas season,” Trump said, “just in case some of the tariffs would have an impact on U.S. customers.”

This shows some acknowledgement that tariffs will have a negative impact on not only consumers, but retailers who will likely pass along increased costs to holiday shoppers. Retail stocks rebounded a bit on the news, recovering some of the value lost when tariff implementation was first threatened.

GameDaily reached out to Microsoft, Sony, and Nintendo. These organizations, with the exception of Microsoft, which declined to comment, did not reply by our publishing deadline. We’ll update should we receive a response.

The Entertainment Software Association (ESA), which recently suffered a massive data leak, exposing thousands of journalist and content creator personal information, did provide a statement on the tariffs.

“As the video game industry is a national leader in job creation, trade, and innovation, it is encouraging that the Administration is delaying the imposition of additional tariffs,” an ESA representative told GameDaily via email. “These tariffs would have significant implications for our industry, which boasts a trade surplus for the American economy. Tariffs will erode innovation, decrease job opportunities for American workers, and increase prices for consumers.”

Likewise, The Game Manufacturers Association (GAMA) spoke out against the tarrifs.

"GAMA has been meeting with members of Congress and the Administration since February about the negative impact these tariffs will have on the game industry," GAMA executive director John Stacy told GameDaily via email. "While we appreciate the delay of additional tariff’s on most toys and games until December, we still feel that these type of taxes unfairly hurt U.S. companies and are counterproductive to a strong economy. GAMA will continue to advocate Congress to oppose further tariffs on our industry."

While a delay will certainly help shoppers and retailers during the crucial holiday season, the impact of tariffs will make life more challenging. Microsoft and Sony are heading into a new console generation and will likely already take a small loss on hardware (typically made up by software licensing and digital storefront commission). Tariffs could lead to higher costs for early adopters as the PlayStation 5 and next Xbox are nearing their time in the spotlight. A larger entry price would conceivably lead to lower software sales, stunting the new generation before it even fully begins.

At least it will be harder for the administration to blame its failures to protect American citizens through reasonable gun control on video games. Thank goodness for silver linings.