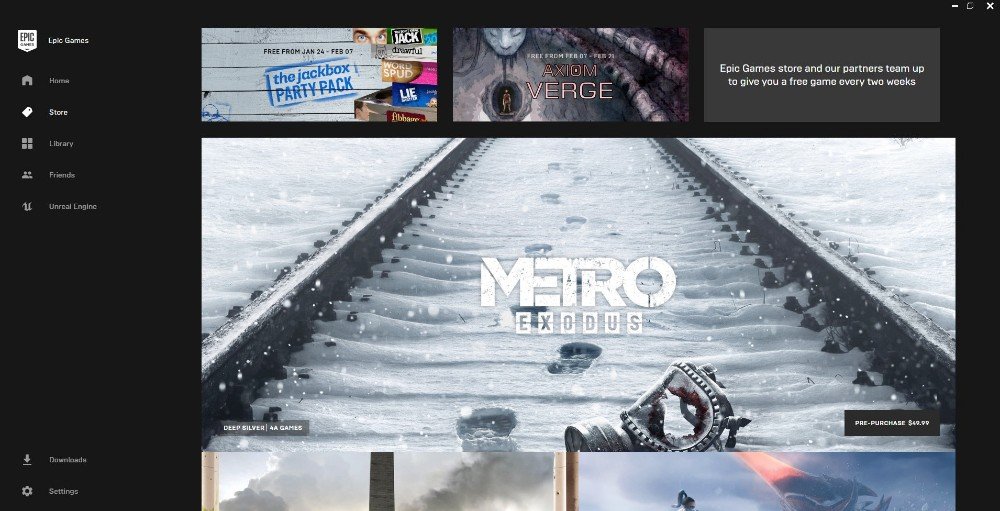 In an announcement on the Unreal Engine blog this morning, Epic Games announced the opening of a new studio based in Cologne, Germany. The unnamed German studio will be led by the founders of Factor 5, the developer behind the popular Star Wars: Rogue Squadron games on Nintendo’s GameCube.

Julian Eggebrecht, who until recently was VP of Hulu and played an instrumental role in bringing the streaming service to the Nintendo Switch, has taken the role of Director of Online Technology at the new studio. Studio Director Achim Moller is another industry vet, having served as CEO of Factor 5.

The announcement was brief and didn’t give any specifics about the studio’s purpose; an Epic rep had no comment. “Germany is a nation at the forefront of technology and we look forward to extending our local presence as we fill newly created roles and hire exceptional talent,” Eggebrecht is quoted as saying in the blog post.

Not content with just one announcement, the publisher also unveiled its Epic Games Store updates for the month. The update adds some much-requested features to the storefront, among them cloud saves for over a dozen games including Alan Wake, This War of Mine, and World War Z.

The Epic post preempted the sure-to-be-asked question of why the store still doesn’t have cloud saves for every title with the following statement: “We’re working with the developers of other released games to test cloud saves, and will be enabling more games over time. Upcoming games that support Cloud Saves will have them enabled at launch!”

Also launching today on the EGS is Humble Bundle keyless integration, making it easier for gamers who purchase games from Humble to access them in their Epic library. Keyless integration could be a smart move for Epic, given that some developers may have concerns about grey market keys being resold at places like G2A. A “facelift” for product pages rounds out this month’s updates.

The Epic Games Store has been a contentious topic among gamers since its launch late last year. The digital storefront gives game devs an unprecedented 88/12 revenue split that’s especially attractive to smaller developers. Epic has since nabbed a number of exclusives, and earlier this month Ooblets developer Glumberland shared some details of those arrangements while mocking EGS critics. Naturally, this led to graphic threats of death and violence.

Gamers have called out the Epic Games Store’s relative lack of features (when compared to reigning champ Steam) since its launch. Epic’s monthly update should placate some, but something tells me the kind of people who threaten violence over a storefront are never going to be happy.