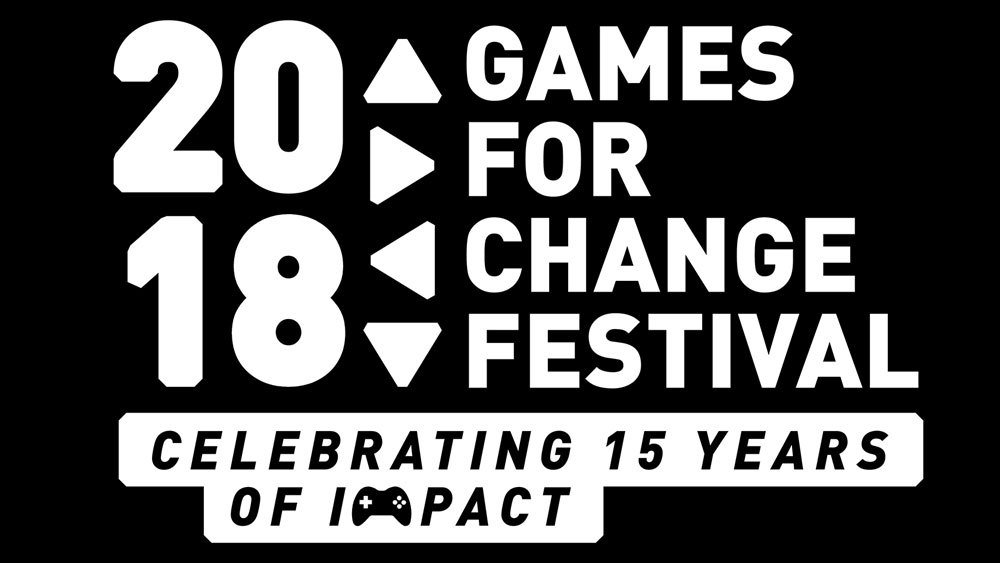 The 15th annual Games For Change (G4C) Festival was the culmination of many years of believing that games can, in fact, drive impact and social change for the better. But G4C didn’t start out as what it is today, of course. It was something much smaller. Susanna Pollack, the president at Games For Change, talked with GameDaily about how the industry has changed, how that has impacted G4C over the years, and how G4C itself has evolved into the festival it is today.

“Games For Change started with a group of developers and social innovators who had a belief that games, if intentionally designed, could drive impact,” Pollack began. “It was a very organic movement at the beginning. It started with 40 people, and now, as you can tell, we're over 1,000.”

Don’t let the number fool you. As far as game conferences are concerned, where many of them are sporting numbers in the tens of thousands (if not the hundreds of thousands, if you’re attending Gamescom in Cologne, Germany), Games For Change feels intimate. There’s a sense of community that’s hard to come by at larger events and festivals, even PAX. But Pollack knows that growing much beyond that number will mean some sacrifices to how the event feels… and she’s not sure she’s willing to do that.

I asked her if, instead of growing G4C in New York City or Europe (the current venues for Games For Change), she’d be willing to entertain bringing the best facets of G4C to larger conventions like PAX or the Game Developers Conference in San Francisco.

“It's about changing the conversation around gaming, and that games can do all of these great things, and to let people know what is out there that's being done, as opposed to trying to convince people to spend time to make games for impact,” she responded. “There's such a healthy ecosystem of developers, researchers, not for profits that are contributing to the space. There are incredible games out there that should be highlighted, as well as the fact that there are positive attributes about games that benefit our society, even if they're not a social impact game.

“So that means 500 people are coming to the festival for the first time, they're learning about what games can do, and then they're taking that back to their community. It doesn't mean that they have to come to the festival every year, it means that they now understand how this community functions, they've made some contacts, and they're going to hopefully bring this knowledge back to their own projects, or to their organizations.”

First-time G4C conference attendees, myself included, won’t have the context required to know how the changes in the industry have affected both the conference’s curated panels -- Pollack noted that they always ensure that at least half the panels are led by women and people of color -- and the speakers presenting on the mainstage.

“We want to offer voices, [as well as] platforms for voices who don't have other opportunities to be heard,” Pollack said, pride in her voice. “So whether it's people from aboriginal cultures, or from developing countries, we seek out those kind of stories to help support their projects and bring for attention to them.

“Because at Games For Change one of the things that I'm sure you saw is that people come together. There is such a collaborative spirit about it that there are always relationships [being] formed [and] projects that are inspired out of this opportunity. So by inviting a diverse, well rounded [set of attendees], in addition to international and cross cultural group of attendees and speakers -- [it] fosters this kind of environment.”

In terms of the content of the festival, Pollack has noticed that the trends in “games for social impact” have moved into a couple of different avenues, including educational technology (EdTech) and health communities.

“As more technology is moving into the classroom there's a need for content to go on that technology that goes into the classroom,” she explains. “Games offer such a powerful tool for teachers to connect pieces of material, as well as having an opportunity for backend assessment tools being built in.

“So, the education space has been embracing games and impact in that context, and then there are other verticals like health communities. So, research that's being conducted within the university environment, like what's happening with UCSF with Dr. Adam Gazzaley on the impact that games can have to treat brain issues like ADHD or Alzheimer's. [The] research is now two, three, four years in, and demonstrating the efficacy of this kind of treatment. You've got those kind of games in the FDA for approval.”

It isn’t to say that the industry doesn’t have its blind spots and places that it needs to work, however -- Pollack has noticed the challenges that the industry has with its own reputation and in reacting to how the rest of the world talks about video games.

“You don't see a lot of press out there about how games can do a lot of good,” Pollack emphasized. “I mean, there are industry-related publications that are happy to tell those stories, and of course we try to promote that and help raise awareness. But games seem to be an [easy] target [to] blame for some of the societal ills that we've been seeing, whether it's mass shooting in schools, or it's games as a potential disorder.

“So, I think a lot of the industry ends up being responsive to that rather than proactive, or having an opportunity to be proactive, to change the conversation around games. So that's unfortunate, and if there was more of a general understanding within the public media about the positive attributes that gameplay has -- whether it's intentional design through a Games For Change type developer, or it's just a general benefit that a player gets, you know, by playing a triple-A game, and the skills they actually are developing the social interaction they are having -- that also offers a lot of positive effect.”

Pollack didn’t specifically touch on the video game moral panic that tends to resurface from time to time, but she called attention to the natural lifecycle of media that television, film, and radio have all gone through in their time.

“It's reaching a level of maturity now that warrants a bigger conversation, because some of the older assumptions about games just aren't true,” Pollack remarked. “It's not just entertainment for young people in the basement. So I don't know if people necessarily know this, and if they do understand that, then the conversation has to change around games, because some of the accusations about games changing society for ill are going to fall apart.”

Changing the conversation around games is only way that G4C is looking to affect change in the world. I asked Pollack what she was really excited about, when she thought about the future of the festival. Her answer wasn’t surprising: cross reality (XR). The final day of the G4C festival is completely dedicated to augmented reality (AR), mixed reality (MR), and virtual reality (VR) in the games for impact space, after all.

“I'm really thrilled to grow our focus on immersive media with our XR For Change initiative,” Pollack explained. “This is a natural extension to the work we've done within the Games For Change space. We've allowed an opportunity not only for game developers who are using XR and, you know, AR, MR, and VR to create impact game experiences, we've also expanded our community to include other kind of creators in the space.”

Outside of the festival, Pollack and Games For Change are looking to work with the next generation of game creators. They’ve created the Games For Change Student Challenge, which is “a program [for] middle and high school students to learn about game design and understand the opportunities they have designing games around social impact issues.” The G4C Student Challenge is currently only in 4 cities: New York, Atlanta, Detroit, and Los Angeles. Pollack didn’t say whether or not G4C intends to broaden its reach with the Student Challenge in the future.

“We work with teachers to train them to run a game design program in the classroom,” she continued. “It was created by our curriculum partner at Mouse. Then we give students prompts, themes to design games around. And while we're identifying this year's themes, last year's themes were centered around kindness and empathy, as we partnered with Lady Gaga, and Born to Play Foundation, iThrive. We worked with Common Sense Media to design a theme around news literacy, and to encourage kids to discern what's fake and what's real news, and General Motors around a connected cities theme.”

That’s ultimately what Games For Change wants to drive home to both its attendees and to the communities that it’s serving with the Student Challenge -- when designed for it, games can be great agents of social good and drive social change. Even if students decide that they may not want to pursue a career in games, or make games for impact, they’ve seen what their lives can be if they embrace the multifaceted nature of a STEM education or career.

“What we're excited about is that it's not only [reaching] underserved communities, students in those communities [will be able to] see that a STEM career could be super fun and cool,” Pollack affirmed. “They could be a game designer, and it is a pathway to making it happen. But also the things about civic engagement, and the fact that as a creator, you have this opportunity to help make the world a better place.”