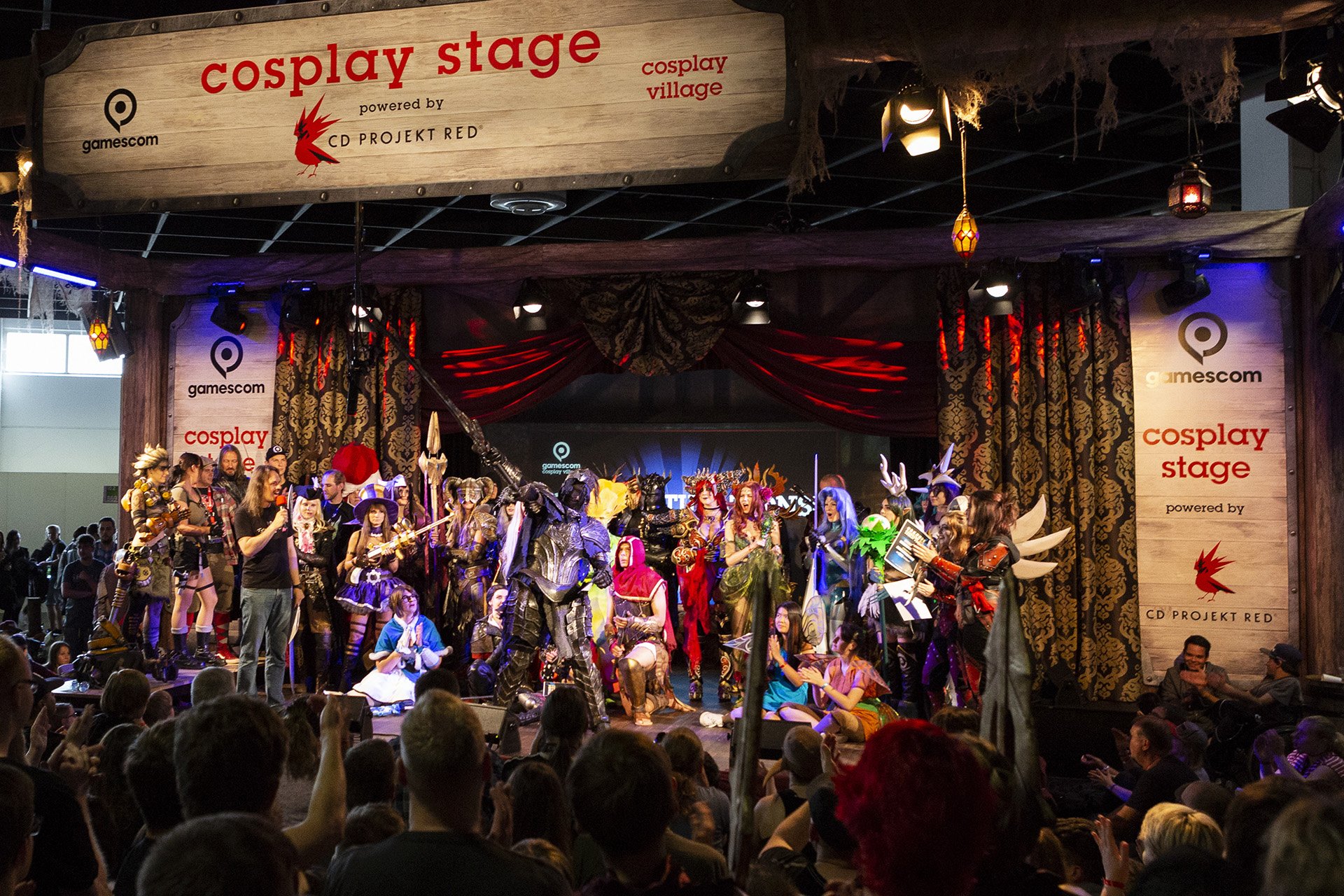 As one of the largest-scale video game events in the entire world, Gamescom goes above and beyond to make all visitors, even those that don't identify as big gaming fans, feel welcome. If you want to break away from video games for a moment, there are plenty of opportunities at Gamescom 2019. Have a look at some choice events and hotspots just below.

The cosplay village is returning to Gamescom 2019 and it’s bigger and better this year with plenty of new features and events to go around. Costumers and enthusiasts can enjoy cosplay contests presented by HYDRAFORGE, cosplay costume performances, interactive shows, creation processes, and more! It’s a who’s-who of artists and art as well. Drawer’s Alley invites artists from all over the German scene to show off their illustrations and graphical works. You can even have your own cosplay professionally photographed and set to themed backgrounds for your enjoyment.

If you’ve got an itch to see something artful or you want to take part in the various creative goings-on at Gamescom 2019, there’s assuredly something waiting for you in the new cosplay village. It will be hosting events all throughout the regular week during regular Gamescom trade show events.

Skating At The COS Cup

For anyone who wants a little bit of IRL adrenaline to go with their Gamescom week, theCOS Cup at Gamescom is the place to be. Taking place starting on August 22, 2019, the best skateboarders from all over the German region will take part in various competitions, including pro, girls, and masters (over the age of 30) competitions. At Gamescom 2019 in Hall 11.2, competitors will put it all in the line with the wildest tricks and performances.

The COS Cup will run across three days which will feature competitions like the Ravenol Barrel Jump and the Teufel Best Trick Contest. After that comes the COS Cup Awards Ceremony. If you’d life to break away from games and get your heart pumping as all participants go for the gold, the Gamescom Cup is the distraction you’re looking for.

The 1LIVE Sektor Lounge At Gamescom 2019

Sometimes you just need to take a load off, and if you’ve got electronics you’ve been carrying around, that’s also the time for you to get them recharged. Fortunately, Germany's most successful radio broadcaster 1LIVE is set to deliver. The 1LIVE Sektor Lounge at Gamescom 2019 is built to offer a small break from the hustle and bustle of Gamescom. A silent DJ will be on hand to offer musical entertainment and on August 24, host Philipp Isterewicz will broadcast live from the Sektor Lounge. Attendees can also take the opportunity to use the mobile charging stations to juice up any applicable phones, tablets, and other mobile devices.

Want to share your Gamescom experience with the world? The 1LIVE Sektor Lounge will also offer a WLAN hotspot for you to access as you please and let everyone know what you’ve been up to on the Gamescom floor. If you’re looking for a meaningful way to go a little AFK during Gamescom 2019, then the 1LIVE Sektor Lounge is your one-stop shop.

If you’re tired of playing for a bit and want to see other gamers give it a go at Gamescom 2019, then you’re looking for the new event arena. On Wednesday, August 21, the Asphalt esports Series will kick things off. Centered around Asphalt 9: Legends, one of the most popular mobile racing games in the world, the best players around the globe have competed over months for a chance at this special event. At Gamescom, qualified players from across Europe, North America, and Asia will compete for worldly bragging rights and a chance at a 20,000 Euro prize pool.

Meanwhile, the ESL Championship is coming to Gamescom for a Counter-Strike: Global Offensive Beat the Legends Showmatch and Summer Championship bout on Thursday, August 22. The winner of the Summer Championship event will qualify for a showmatch coming up in Amsterdam. Add to this, the final of the League of LegendsPremier Tour, which will pit the best LoL teams in German, Swiss, and Austrian regions against each other for bragging rights and the chance to represent the region on the larger European stage and you’ve got a week packed with esports delights at the Gamescom event arena.

These are just a few ways to break away from the gaming norm while you’re at Gamescom 2019. There are also live entertainment and musical shows, autograph signings by celebrities, laser tag, Gamescom awards, Gamescom congress, and so much more. Be sure to check out the Gamescom Event Search page to have an extensive look at the planned events going on that are currently slated during the week of Gamescom 2019 and plan your diversions accordingly.

TJ Denzer is the Editor-In-Chief of Twin Galaxies with a passion for games that has dominated a lifetime. When he's not entrenched in the latest fighting games, exploring video game history, or playing through RPGs with his partner, he's searching for new food and drinks in the constant pursuit of good times with good people.