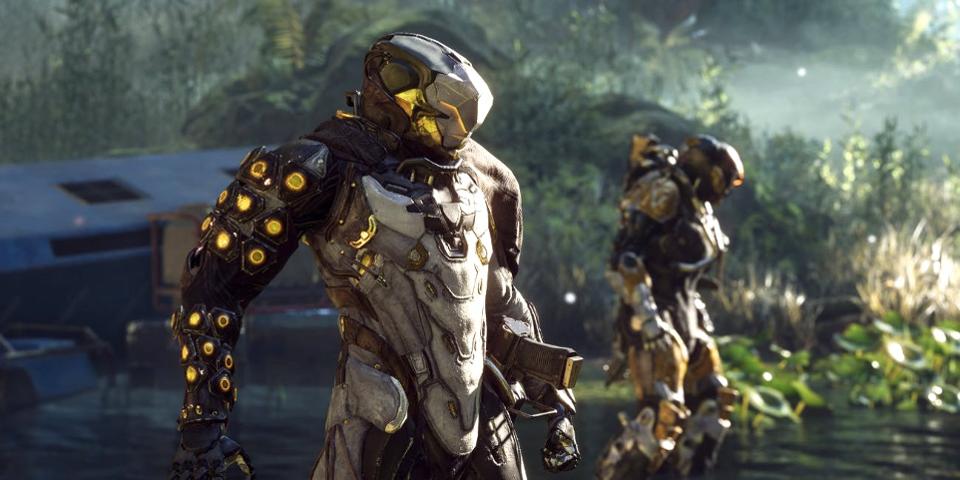 BioWare, the venerable RPG studio that’s been battling a perception that it’s a “studio in crisis,” as Kotaku’s Jason Schreier reported in April, has just suffered two more key losses for a couple of its major franchises. Over the span of just a few days, the lead producers on Anthem and the upcoming Dragon Age announced their departures on social media.

Anthem lead producer Ben Irving was first, announcing on August 15 that he’d accepted “an exciting opportunity” at another studio.

“After 8 amazing years at BioWare I have made the decision to move on… Since the first time I played Baldur’s Gate many, many years ago, BioWare was the dream place I always wanted to work,” Irving wrote on Twitter. “I will forever be grateful to all the people who gave me the chance to work on great products with amazing people. I believe Anthem has a bright future - there is a great team working on it and I look forward to following its progress (and playing it!) from the sidelines.

Irving’s announcement was quickly followed by a similar announcement from Fernando Melo, who had been a senior producer on the upcoming Dragon Age title codenamed “Morrison.”

“Tonight I got to write my name up at our local pub, alongside many other amazing peers over the years, and it reminded me of a lot of folks no longer here that I miss dearly. There's really no easy way to sum up all the fantastic experiences and friendships across our studios, our partners, and in our community, that I've been so fortunate to have been a part of over these years.”

Melo also shared a photo of his official letter to the BioWare studio, noting that he needed “time to disconnect” and to figure out what his “next chapter” would entail. He also stressed that “Morrison” was shaping up to become the “definitive Dragon Age experience.”

Melo has a long history with Dragon Age at BioWare, having served as senior producer on Dragon Age: Origins and Dragon Age 2 before he moved into the role of director of online development in 2011. Back in 2015, he switched franchises to assist with the online component of Mass Effect: Andromeda, but he then came back to Dragon Age to help with production on “Morrison.”

Whether or not the close timing of the two departures is a coincidence, we’ll never know. For its part, when asked for comment by GameDaily, an EA spokesperson confirmed that Irving and Melo had left and simply said, “We wish both of them the absolute best but have no further statements or comments.”

The troubled development of Anthem and the new Dragon Age are somewhat intertwined, Kotaku reported in April, as the reset button had been hit on the current Dragon Age in 2017, leveraging Anthem’s code and integrating live-service elements (a crucial revenue strategy for AAA publishers these days).

As Schreier explained in his report, the overhaul on Dragon Age was “indicative of the tension between EA’s financial goals and what BioWare fans love about the studio’s games,” and it resulted in the departure of several key staff including veteran Dragon Age creative director Mike Laidlaw, who is now at Ubisoft. The upcoming “Morrison” reportedly is aiming to “carefully straddle the line between storytelling and the live service that EA has pushed so hard over the past few years.”

Because Anthem was struggling during its own development, by the end of 2017, EA had decided to transfer most of its Dragon Age staff to Anthem, including executive producer Mark Darrah. Meanwhile, a core crew remained on Dragon Age to overhaul it to the current “Morrison” version.

It’s hard to say what borrowing Anthem’s code base and using live-service elements will do to the new Dragon Age. One BioWare employee told Kotaku: “They have a lot of unanswered questions. Plus I know it’s going to change like five times in the next two years.”

It could be purely coincidental that the lead producers for both of these franchises decided to leave the developer. But then there’s also the alleged issue of burnout and crunch at BioWare.

As Schreier cited in his original report on how Anthem's development went sideways, “Some who have worked at BioWare’s longest-running office in Edmonton talk about depression and anxiety. Many say they or their co-workers had to take ‘stress leave’—a doctor-mandated period of weeks or even months worth of vacation for their mental health. One former BioWare developer told me they would frequently find a private room in the office, shut the door, and just cry. ‘People were so angry and sad all the time,’ they said. Said another: ‘Depression and anxiety are an epidemic within BioWare.’”

If that’s true, it’s clearly unacceptable. EA did, literally minutes after Kotaku’s story was published, post an entry about Anthem’s development in response on the BioWare blog.

“We put a great emphasis on our workplace culture in our studios. The health and well-being of our team members is something we take very seriously,” the company said in April. “We have built a new leadership team over the last couple of years, starting with Casey Hudson as our GM in 2017, which has helped us make big steps to improve studio culture and our creative focus. We hear the criticisms that were raised by the people in the piece today, and we’re looking at that alongside feedback that we receive in our internal team surveys.

“We put a lot of focus on better planning to avoid ‘crunch time,’ and it was not a major topic of feedback in our internal postmortems. Making games, especially new IP, will always be one of the hardest entertainment challenges. We do everything we can to try and make it healthy and stress-free, but we also know there is always room to improve.”

BioWare’s words on Anthem and on studio culture are backed up EA CEO Andew Wilson, who remarked to GameDaily at E3 this year in an exclusive interview that he views Anthem on a 7-10 year cycle while likening BioWare’s pedigree to that of filmmaker Steven Spielberg. The BioWare of today is clearly not the same as the one from five years ago, nor will it be the same a couple years from now. The studio is in transition, in part to meet its parent company’s business needs and in part to evolve with what an evolving audience wants to see in games in this era.

“What the BioWare teams are thinking about is that we're going to build a lot of different types of games,” Wilson explained to us at E3. “We're going to have our core BioWare audience that's been with us for a really long time. There are kids today who are 12 years old who weren't around when BioWare started making games… and they have different expectations of what a BioWare game should be in the context of the world they've grown up in.

“As a result of that, BioWare has to evolve and has to expand and has to test the elasticity of that brand. The teams at BioWare will continue to come to work every day and listen to their players old and new and seek to deliver on the promises they've made to those players. That's what you're seeing with Anthem today.”

The latest BioWare departures might be casualties of this “elasticity,” but management is sure the studio is going to bounce back.

[Updated 8/20/2019 - We had originally listed Fernando Melo as lead producer when he was senior producer. We apologize for the error.]

The ongoing trade war sees a reprieve as President Trump and Vice Premier Liu He reach an agreement.