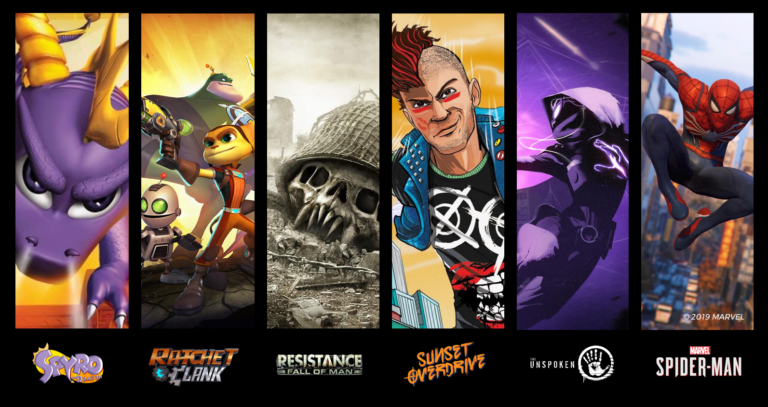 It’s been more than 20 years of Sony and Insomniac’s Ross-and-Rachel relationship, but the two are finally making it official. The duo have announced that Insomniac has agreed to become part of Sony’s Worldwide Studios portfolio, joining Naughty Dog, Guerrilla Games, Sucker Punch and others.

According to a press release announcing the acquisition, Insomniac increases the Sony Worldwide Studios family to 14 different developers (some with multiple locations). Insomniac, which is located in Burbank, California also has a satellite office in Durham, North Carolina.

Most recently, Insomniac was tapped for one of Sony’s biggest tentpole titles of the PlayStation 4 era. Spider-Man, a new take on the classic Marvel Comics character, has sold-through more than 13.2 million copies. In this environment and given the game’s success, a sequel (or multiple follow-ups) is practically inevitable. Bringing Insomniac into the family at this point makes good financial sense and sets Insomniac up for long-term stability under Sony Interactive Entertainment.

“The decision to join forces with Sony extends far beyond familiarity,” wrote Insomniac president and CEO Ted Price. “Our studio vision is to create experiences that have a positive and lasting impact on people’s lives. As we look ahead to our future, we know that joining the WWS family gives us the best opportunities to fully achieve that vision on a much larger scale. Further, we believe that Sony shares a similar vision to positively impact players’ lives, their employees’ lives and the games industry at large.”

In addition to its console and PC gaming prowess, Insomniac brings to the table significant VR experience. The studio has developed a number of titles for Oculus, including Edge of Nowhere, The Unspoken, Feral Rites, and Stormlands.

The decision comes at a time when primary competitor Microsoft is on a buying spree and looking to build out its first-party offerings. At E3 2018, the Xbox press conference brought news that Microsoft had founded a new studio called The Initiative and acquired Ninja Theory (Hellblade: Senua’s Sacrifice), Compulsion Games (We Happy Few), Playground Games (Forza Horizon), and Undead Labs (State of Decay). Since then, Microsoft has also acquired Obsidian (The Outer Worlds), inXile (Wasteland 3), and Double Fine (Psychonauts 2).

Sony’s move to acquire Insomniac, which has also previously struck exclusive deals with Microsoft (Sunset Overdrive), is part of a shift in the company’s portfolio strategy. In an interview with Bloomberg, chairman of Sony Interactive Entertainment Worldwide Studios Shawn Layden hinted that some PlayStation titles might appear on other platforms. Typically, PlayStation exclusives can only be played on Sony’s hardware. However, Layden suggests that some of the company’s first-party titles will be playable on PC, also.

“We must support the PlayStation platform -- that is non-negotiable,” Layden told Bloomberg. “That said, you will see in the future some titles coming out of my collection of studios which may need to lean into a wider installed base.”

This mirrors one core aspect of Microsoft’s strategy under Phil Spencer. As the Xbox One generation moved on, more titles began arriving on PC as the company inches toward day-and-date parity for those that prefer to play at a desk instead of on the couch. Gears 5 will be another step toward Microsoft’s ecosystem-based (rather than hardware-focused) approach, with a simultaneous launch on Steam as well as its own PC game store. (Side note: Gears of War was originally developed by Epic Games, so it’s a shame the series isn’t coming “home” to the Epic Games Store, too.)

This console cycle has been evolutionary in how we think of living room consoles. Microsoft has re-embraced the PC market. Xbox and PlayStation leaned in hard to the iterative hardware paradigm. And Microsoft has developed a best-in-class subscription program in Xbox Game Pass that now bundles PC and console gaming at an affordable price. Nintendo has completely overhauled how we think about living room gaming with the introduction of the Switch. Cross-platform progression and play—once the stuff of recess daydreams—is now a reality.

We know that Microsoft and Sony are investing significantly in stable cloud services that will change how players interact with software. Subscription offerings are becoming pervasive as EA increases its footprint and Ubisoft makes its foray into the business model. The next Xbox and PlayStation 5 are likely not the last consoles we’ll see, but Microsoft, Sony, Nintendo, Google, Oculus’ standalone Quest HMD, and others are challenging customers to stretch and reshape how we think about gaming. The only thing constant about the video game industry is change, and the disruption isn’t going to slow any time soon.