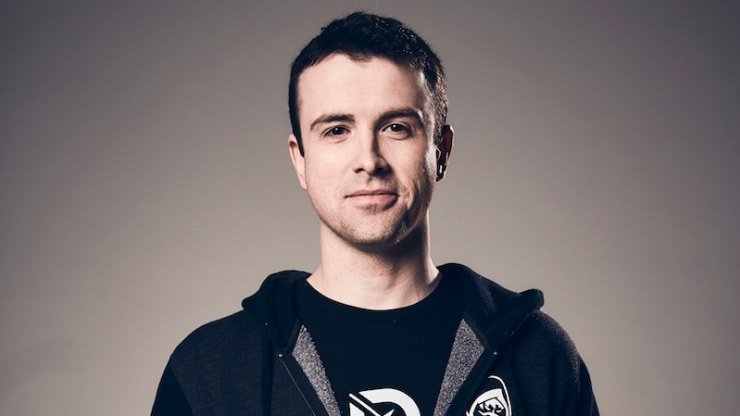 GameDaily parent company ReKTGlobal has announced its esports team Rogue has re-signed professional Fortnite player Benjamin Lupo (aka “DrLupo”) to a two-year deal that includes equity in ReKTGlobal. Not only is DrLupo the captain of Rogue’s Fortnite team, but he’s also a live streamer who’s garnered a massive following of more than 7 million viewers on Twitch. Time recently named him one of the 25 most influential people on the internet.

“Rogue encompasses professionalism at its finest in the esports industry,” Lupo said. “The relationships that I’ve developed within Rogue feel like no other — the only word I can use to truly describe the feeling is ‘family.’ They’re goal-oriented without losing focus on what is most important in gaming: fun. I’m excited to continue to work with Rogue and RektGlobal on a ton of exciting upcoming adventures, and I cannot wait to get more people involved.”

“Ben is an integral part of the Rogue brand and has been for some time now,” added Derek Nelson, the CEO of Rogue. “Negotiations of his contract extension couldn’t have gone smoother. He shares our vision for the expansion of the company’s content and the growth of the company at large. He and his wife Sam have a great relationship with our executives, staff and other players, and we’re all thrilled to keep them part of the Rogue family.”

Lupo stands out from other pro players and streamers because of his dedication to charity. He raised almost $1 million for St. Jude Children’s Research Hospital during a four-hour stream earlier this year. Last December, he also raised $600,000 for St. Jude’s during a 24-hour stream. The hospital has named him its Content Creator of the Year. During Lupo’s streams, his wife and four-year-old son often make appearances, further boosting his family appeal as a content creator.

Aside from his charitable endeavors, Lupo has been instrumental in ReKTGlobal’s Junior Rogue program, which mentors young players, and its Rogue Nation fan club, a team fan club in partnership with Fullcube that provides access to community tournaments and virtual watch parties for events, among other benefits. Team Rogue is planning limited-edition merchandise around DrLupo as well.

Dave Bialek, CEO of ReKTGlobal, remarked that Lupo is the “rarest of the rare in esports.” Co-founder Amish Shah added that Lupo is an “excellent role model.”

Bialek continued, “He is part celebrity and part philanthropist. He is an individual superstar and the Captain of Rogue’s Fortnite and Junior Rogue teams. His family values and support for Rogue and ReKTGlobal make him the only choice to serve at the face of our growing organization. We are thrilled to have him as an integral part of the company.”

It’s been a good news week for Team Rogue, as the organization saw its League of Legends team make the Playoffs for the Summer Split as well. Lupo’s re-signing comes after ReKTGlobal recently added music mogul DJ Nicky Romero to its investment team and appointed Dignitas founder, Michael 'ODEE' O'Dell, as chief gaming officer. These moves have combined to further bolster ReKTGlobal’s status as one of the premier companies in the booming esports space estimated to reach $1 billion in revenue this year.