Report: A decade on, Minecraft could be 'more valuable than Halo' (DFC Intelligence) 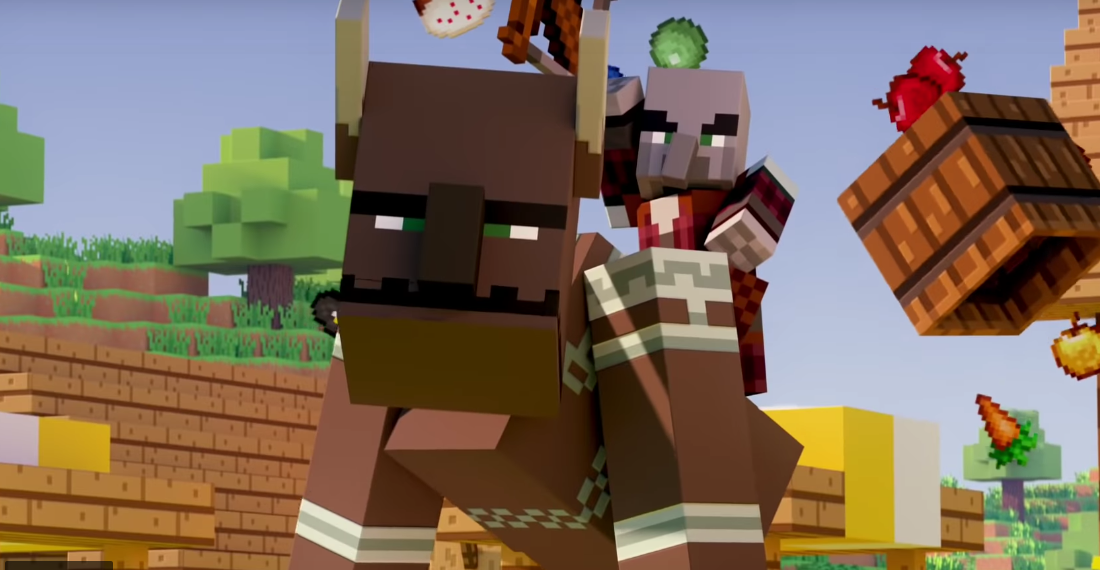 This year, the open-world crafting game Minecraft celebrates its 10th anniversary. It’s a rare feat in games that demands steady developer attention and a dedicated community. As Microsoft and Mojang celebrate a decade of the best-selling video game in history, industry analyst group DFC Intelligence has released a new report examining the status of the franchise. The report’s numbers point to a thriving player base, and a game that has experienced a resurgence in popularity, even all these years after launch.

“Minecraft tapped into the trend of gamers wanting to build their own worlds,” David Cole of DFC Intelligence told GameDaily. “It took the sandbox game to the next level. It is also an incredibly deep game.”

Prior to this year, Minecraft’s overall popularity was experiencing a “slow period of general decline,” DFC reported, thanks to Microsoft’s purchase of the IP and the rise in popularity of other big games that appeal to a younger demographic, especially Fortnite. However, this summer has seen a major uptick in number of players, with DFC reporting a 45% increase in popularity between the months of June and August. DFC attributes this to the release of Minecraft’s Village and Pillage update.

“The Village and Pillage expansion really helped,” Cole said. “In May we were just seeing the tip of the iceberg and it really grew over the summer. These things get trendy and the ball just started rolling in May.”

The largest increase of Minecraft players can be found in the school-aged children demographic, according to the report. It’s also the largest and most active demographic, a fact not lost on Cole. Interest in Minecraft could very well be generational, in much the same way older consumers have latched onto other franchises.

“I would say the same thing happened with Pokémon 20 years ago,” Cole said. “It was[n’t] incredibly complex but it was hard to explain to someone who never played it. You really need to get into it when you are younger. However, once you get into it sticks with you.”

In order to stay relevant moving forward, Cole said that Microsoft’s stewardship of the Minecraft franchise will have some major hurdles to overcome. In sticking with the Pokémon analogy, he pointed to Nintendo as a good example of how to deftly manage an IP. If Microsoft is able to carefully guide Minecraft’s expansion without exploiting the vast player base, it could have a franchise with global presence similar to Pokémon.

“Microsoft is no Nintendo when it comes to delivering/managing entertainment products,” Cole said bluntly. “However, with the right management this is one of the most valuable evergreen franchises of all-time.”

“For Microsoft, Minecraft could be more valuable than Halo or even the whole Xbox brand,” DFC’s report reads. “Of course, that is assuming Microsoft plays its cards right. Based on the track record, that may be wishful thinking. The challenge will be to build Minecraft with the masses while keeping it relevant to a core audience.”

Looking to the future, DFC expects Microsoft to use Minecraft as a sort of canary to test cloud gaming and augmented reality products. It could even potentially use the IP to sell gaming hardware.

“We don’t know Microsoft’s strategy,” Cole said. “However, Minecraft has all kinds of potential and Microsoft is exploring a lot of options. Minecraft Earth, with its AR features, is one example.”

Minecraft, like Roblox, has demonstrated the power of user-generated content -- something the talented folks at Media Molecule caught onto years ago, and a “key trend for the future of video games,” according to DFC.

As Media Molecule studio director Siobhan Reddy commented at GameDaily Connect in London, “I think particularly in this generation of young people [who] have all grown up playing things like Minecraft and Roblox, the idea of games being just closed, is something that they're completely unfamiliar with… In some ways that's what games used to be a long time ago. I've always thought that there's real joy in making games as well as playing them… I wouldn't be surprised if we saw more of that and we certainly know that it's enjoyable.”