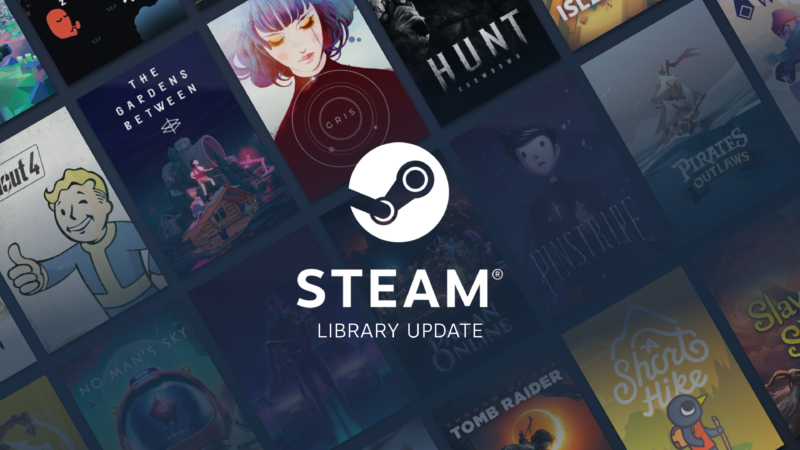 Valve is making good on many of the promises it made during its GDC 2019 business update.

The company is set to roll out a dramatically improved library that unifies a user’s interactions and serves as a home base for everything the storefront offers. One of the biggest innovations is an evolution of Steam’s “categories” feature that allows users to manually create groups of games.

The new “collections” (which replaces “categories”) offers both manual and automated groupings. These will play off user-defined filters and the Steam storefront’s tag system. For instance, if you want a collection for visual novels, your library can automatically add any new purchases bearing that store tag to the group.

The new library will also surface recently played games and offer up post-game recaps detailing screenshots, achievements earned, and more. All of this is a big step forward in usability for consumers, but it’s the developer-requested improvements that stand to have the biggest impact on what people play.

According to a report from Gamasutra, based on a closed-door meeting at Valve, Steam’s Events system is beginning to roll out. Detailed at GDC in March of this year, the Events system is designed to better surface new updates and community happenings for specific games.

Developers will be able to announce patches and branded updates, live stream (and host creator streams via a whitelist process), and pre-announce scheduled happenings. The core of the new events system is a commitment to improved communications between developers and players. Each event update will include four different channels to reach players. A section of the library will include a “What’s New” area. Game pages and store pages will continue to carry a designated space for recent updates. Emails, though, are the biggest addition.

Currently, Valve rarely sends emails related to Steam and those are typically restricted to sales of wishlisted items. Going forward, players can expect to receive additional communications from developers about new events in the community.

As more games move toward service and post-launch monetization models, retention and reacquisition become increasingly important. We often talk about discoverability issues pre-purchase, but we don’t often spend time focused on post-purchase challenges. Steam has been around since 2003, and many users have amassed collections of hundreds (if not thousands) of games.

It’s not uncommon for long-time players to lose track of what’s in their libraries (though the new collections feature may help resurface some forgotten gems). Developers will be able to tactically use the event feature in combination with branded updates, patches, or live streams to remind players there’s something new in a game they may not have played in a while.

Valve is also continuing to experiment with ways to combat its discoverability problems, which have kneecapped the storefront and many of the developers that sell on it. Steam Labs, which launched in July, is Valve’s skunkworks division that tinkers and experiments with new search features.

Valve has already released three of its experiments to the public: the Vine-like, six-second Microtrailers, an AI-generated video of new games called “The Automatic Show”, and a machine-learning powered Automatic Creator. At the private event, the company also announced that it had contracted with developer Lars Doucet, who created a discoverability app called Diving Bell.

Doucet describes Diving Bell similar to a “Wikipedia binge.” Users start somewhere intentional and then click inks within that article to go off exploring. It’s a benign, user-driven version of YouTube’s automatic, toxic, and addiction-creating content surfacing algorithm. Once users choose a starting point, Diving Bell serves up games similar to it. Clicking into related games lets you forge a trail to what Valve hopes is “your next favorite.” Doucet’s Steam-endorsed iteration of Diving Bell is not available yet, but will be soon.

Valve seems to be putting emphasis on its feature set and healing some of the wounds created by lack of attention and care around discoverability. All of this helps put some distance between itself and Epic Games Store, which has been nipping at its heels since December.

Epic continues to put the spotlight on Steam’s 70/30 revenue split versus EGS’ 88/12 commission structure, which puts Valve at a disadvantage due to a drastic imbalance in feature set. Valve continues to absorb the cost of game cards purchased at retailers and redeemable via the storefront. Steam has system-wide cloud saves, achievements, anti-cheat mechanisms, and more that EGS simply hasn’t yet implemented (and in some cases may never).

Valve’s best chance to remain competitive is to reframe the conversation. It may not be able to match EGS’ revenue share (though it may be able to improve on what it currently offers), but Steam continues to outpace Epic’s storefront. Valve lost control of the narrative. It seems like its most recent efforts are an attempt to snatch it back and level the playing field.