Twitch makes a play to improve discoverability with IGDB acquisition 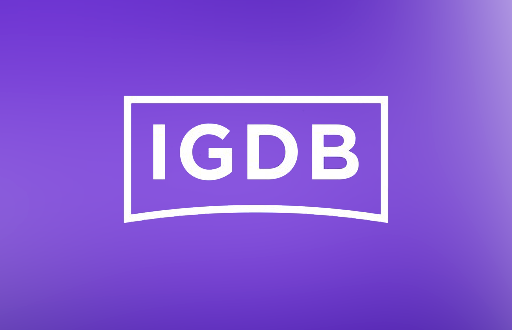 Twitch remains one of the behemoths of the streaming world, and its presence only grew in 2018 as quarterly active streamers rose every few months, peaking in Q4 at 1.76 million active streamers, according to Statista. Similar to the discoverability problem facing developers on digital storefronts, when you have that many people in one place, it can be tough to get noticed. In a bit of good news for streamers, Twitch confirmed that it’s made a small acquisition that could aid search and discovery on the platform, picking up IGDB for an undisclosed sum (likely small given that IGDB had only raised $1.5 million to date).

“Millions of people come to Twitch every day to find and connect with their favorite streamers and communities, and we want to make it easier for people to find what they’re looking for,” a Twitch spokesperson told TechCrunch, which first reported the deal. “IGDB has developed a comprehensive gaming database, and we’re excited to bring them on to help us more quickly improve and scale search and discovery on Twitch.”

IGDB, founded in Sweden by Christian Frithiof, is, in some ways, similar to the unrelated Amazon property, IMDb. The service has been building up a catalog of information on games, including genre, synopsis, platforms, reviews, release dates, and more. Like Wikipedia, IGDB partially relies on community contributions. It also enables video game voice talent to ensure they are credited by claiming their profile on the IGDB site.

IGDB has been generating revenue through a developer API. Smaller outfits could use the API for free, while larger ones would be required to pay $99 per month for up to 50,000 requests. Under Twitch ownership, however, IGDB explained that its API will be free for all.

“Our mission has always been to build the most comprehensive gaming database in the world. Such a monumental undertaking can be quite challenging when you are a small startup team. By joining Twitch, we will be able to tap into their experience, resources, and skills, which will enable us to accelerate our progress and deliver the version of IGDB we all always dreamed about. Not only that, our companies share the same culture, core values, and passion for gaming– making this the perfect fit,” commented Jerome Richer De Forges, who works on design, product and marketing at IGDB.

“...the API is here to stay, and we are merging our premium and free tiers into a single new free tier. Going forward, that means that you will now contribute information to Twitch as well as IGDB and the thousands of apps, services, and websites that are powered by this information.

We’re also taking this opportunity to clean up some features and migrate infrastructure in order to make room for new and improved tools.”

While IGDB isn’t streamer specific, integrating its huge database of information into Twitch should be a boon for the streaming community. Searching for a particular game on Twitch should, in theory, pull up the streamers featuring that title.

Twitch CEO Emmett Shear has previously acknowledged that search and discovery on the platform were somewhat lacking.

“We want every place on Twitch to help you get discovered. Today, nearly one in three people who come to Twitch use Search to find what they’re looking for. Now, I’ll be the first to admit that our search function hasn’t always been the best experience,” Shear said earlier this year at TwitchCon Berlin, as noted by TechCrunch. “One wrong letter and your search results may come back empty, or direct you to a very different streamer than the one you were looking for. So we’re going to fix search so it actually works.”

Former longtime Twitch PR director Chase (who only goes by the one name) applauded his former employer for addressing discoverability.

Chase, who now oversees communications for StreamElements (a company that helps content creators produce and monetize streams), commented to GameDaily, “When you have over half a million streamers a day on your site like Twitch does, discoverability is important, especially for those who aren't at the top of the charts like Shroud and TimTheTatman. Twitch has constantly worked to iterate on this, such as introducing new tags and categories last year while using thematic months and Twitch Weekly to showcase lesser known streamers. The fact that they acquired a brand that helps with search and discovery illustrates they remain committed to helping the broader community of streamers and viewers find each other."

Stephen Ellis, co-founder of Pipeline.gg (a service that provides new streamers with resources and lowers the barrier to entry), believes that the IGDB acquisition is a win for Twitch. He noted that Twitch has had a “really difficult” time keeping up with the flood of game releases.

“Last year there [were] almost as many games published on Steam as the previous 10 years combined. The [IGDB] acquisition should help Twitch quickly categorize new games and stay ahead of launches. As new streamers are constantly trying to find their niche, this more accurate / faster categorizing of content could improve Twitch's search results for those going into newer games,” he said.

We won’t know how helpful the IGDB integration will be to streamers until more data becomes available, but it’s clear that something needed to be done for streamers who are trying to make a living on Twitch.

Cy Batiste told us that he’s observed things getting worse for streamers in recent years.

“Twitch, compared to other platforms when I first started, was not nearly as challenging as it is now,” he said. “Since the Affiliate program was announced, and also Fortnite became popular, I've noticed that Twitch has become over saturated, similar to YouTube. Because of this, a lot of streamers, including myself, are not growing, taking time off from streaming, or even seeing a drop in subscribers. Nowadays, I feel as if Twitch is very similar to YouTube in the fact that only the big get bigger. I have also noticed that being a colored streamer, we deal with so much more, and just simply don't have the support that other streamers receive."

To Batiste’s point, as explained by Business Insider, the top Twitch streamers “command millions of viewers and can earn tens of thousands of dollars from sponsorships, subscriptions, and viewer donations.” Moreover, these successful streamers can then go on to leverage their fame for bigger business opportunities, especially those offered by AAA publishers who will pay tens of thousands of dollars to see their game featured by a top streamer. In fact, Ninja (who has since signed an exclusive Mixer deal) was reportedly paid $1 million to stream Apex Legends on launch day. But while the rich get richer, up-and-coming streamers may find it very difficult to make ends meet, let alone get rich.

An improved search function on Twitch isn’t guaranteed to bridge that divide. Another streamer, Taeha Types, told us that the average Twitch user isn’t relying on search as much as you think.

“I mean for one, you have to get ‘tags’ approved for categories and if you're in a niche field like me (where I make custom mechanical keyboards) there isn't really anything that's searchable,” Taeha remarked. “I think in general there also isn't really a mentality of searching on Twitch. No one goes to Twitch to search for a streamer doing a certain thing outside of gaming in my opinion; they most likely turn to YouTube first for such things. I've been lucky enough in that I've had bigger streamers and veterans notice and recognize my work so I've been able to grow through their shoutouts/exposure but had it not been for them, I'd probably be unknown still.”

For all the success we’ve seen in the streaming world so far, the space is still in its infancy. New faces might benefit from the services that a platform like Pipeline.gg provides, but in the end, the industry needs to mature just like any other. And as that happens, you’ll see the rise of new networks like VENN, which aims to partner with numerous content creators and make their work shine.