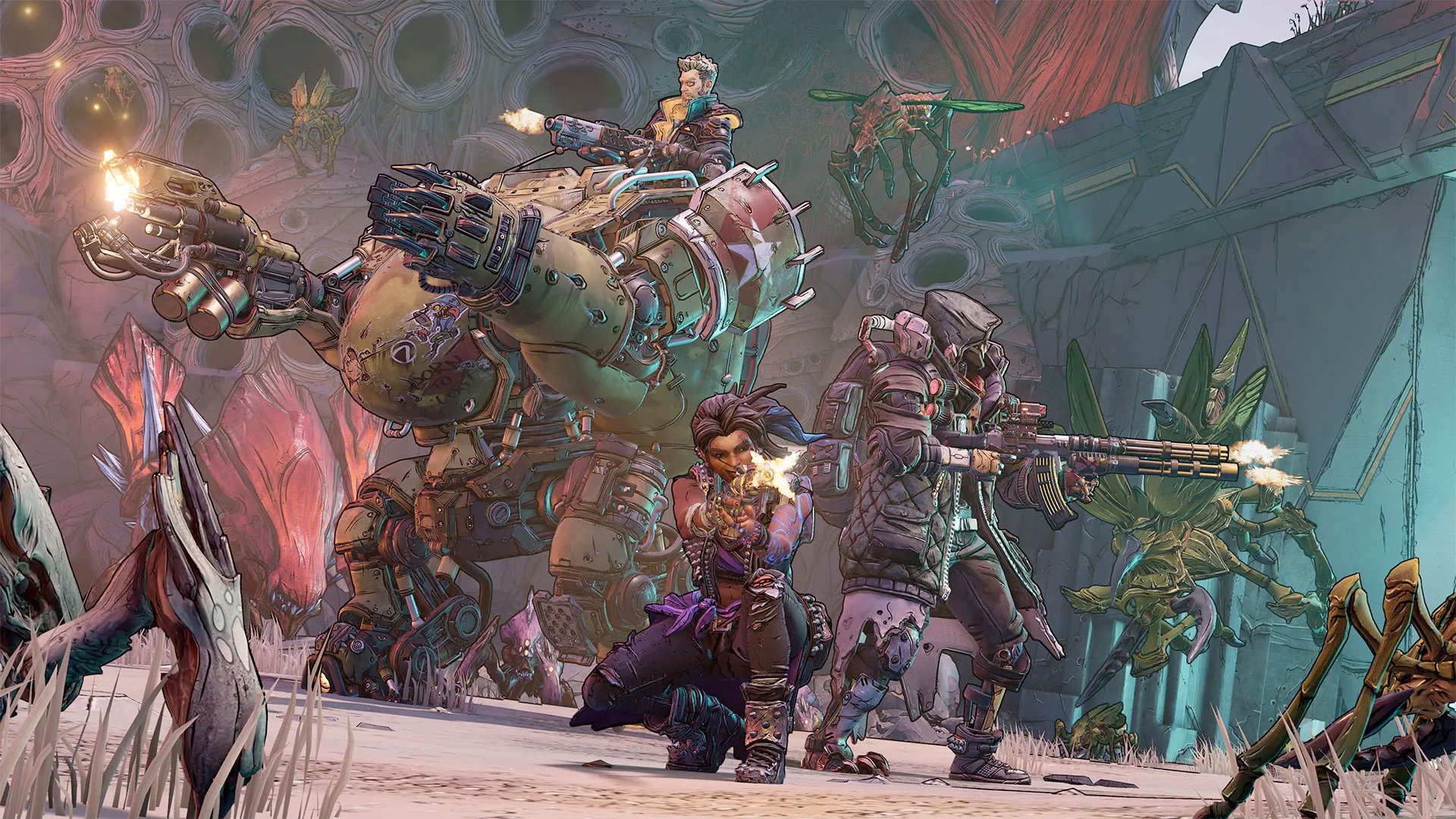 It’s been just over a week since the release of Borderlands 3, and the long-awaited sequel has already become a record-breaking success for publisher 2K Games and developer Gearbox Software. According to a press release sent out this morning, Borderlands 3 sold-in more than five million units in its first five days after launch, meaning over 5 million copies have been shipped to retailers (but not necessarily sold to customers) or sold digitally.

This sales number is significant for a number of reasons, particularly when compared to 2K’s catalogue and previous Borderlands titles. Not only is Borderlands 3 the publisher’s fastest-selling title, but these numbers are a 50% boost over sales of Borderlands 2, released in 2012. More than 70% of players purchased the game digitally, with PC sales making Borderlands 3 2K Games’ highest-selling PC title within a five-day period. It's difficult to know how many of those sold-in physical retail games have been sold through to customers, however.

Those PC sales numbers are especially interesting because Borderlands 3 is a limited-time Epic Games Store exclusive. While Epic’s digital storefront has been lauded by developers for its friendlier 88/12 revenue split and a slew of other benefits, a subset of PC gamers haven’t been as thrilled to see titles moving away from long-reigning storefront champ Steam. Some have actually gone so far as to harass developers for agreeing to exclusivity deals with Epic. Borderlands 3 is just the latest AAA success story on the Epic Games Store, showing that those angry gamers are in the minority and don’t have any significant effect on PC sales.

Gearbox founder Randy Pitchford thanked Borderlands fans in a statement, saying, “The response from the Borderlands 3 fans and community has been overwhelming… The mission of Gearbox is to entertain the world and with the record-breaking success of Borderlands 3, we’re excited to take one more giant leap down that road. On behalf of the incredible development team and everyone who has had a hand in making this achievement possible, I extend our warmest thanks to our fans.”

The successful launch of Borderlands 3 has driven the franchise to generate over $1 billion in net bookings, making it the second franchise in 2K history to do so. And while this is clearly a big win for 2K Games and Gearbox Software, it’s also a victory for the Epic Games Store, demonstrating that eager gamers will go where their favorite titles are, regardless of storefront.