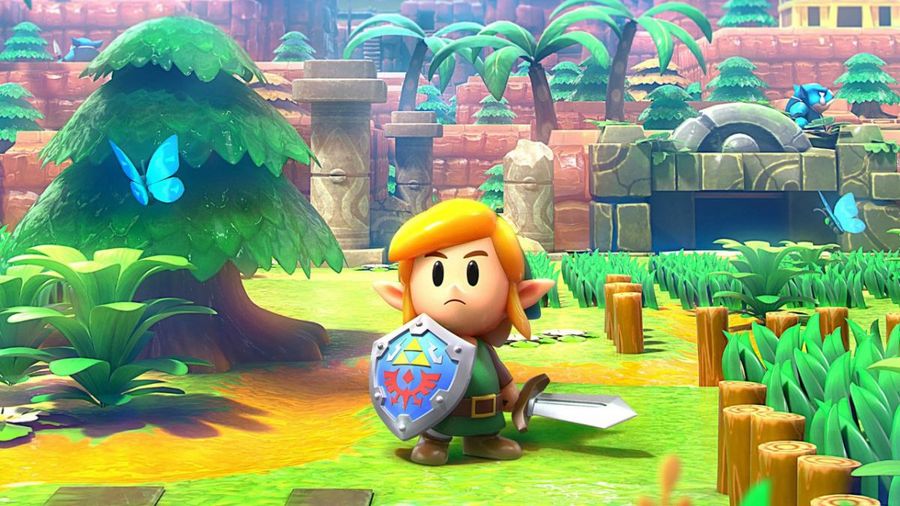 Nintendo Switch will become the best-selling console of 2019, according to a new report published by research firm DFC Intelligence.

In a note sent out today, DFC predicted the system would have 45% of the hardware market this year with 17 million units sold, ahead of PlayStation 4’s 39% share and the remaining 17% coming from Xbox One. DFC’s prediction of 17 million units is a million shy from the 18 million sales Nintendo predicted for FY2020 earlier this year.

The report also states the console will go on to become the best-selling console of 2020 as well, though no exact sales target was given.

Nintendo has just received a massive boost with the launch of Switch’s first hardware revision, Switch Lite, at $199 and has a compelling software lineup over the course of the next six months, such as the just-released Legend of Zelda: Link’s Awakening remake, Luigi’s Mansion 3 on Halloween, Pokemon Sword/Shield on November 15 and Animal Crossing: New Horizons on March 20, 2020. And there are a number of hotly anticipated games currently without dates, including Bayonetta 3, Metroid Prime 4, and the sequel to The Legend of Zelda: Breath of the Wild that was announced at E3.

DFC’s report raised the possibility of Switch joining the 100 million units sold club alongside PlayStations 2 and 4 (the latter hasn’t sold through 100 million yet, although close, but has sold-in to retail 100 million worldwide) and Nintendo Wii. It predicted it’ll just miss that figure, but it does still raise it as a possibility. It added it does depend on the success of the next-gen systems coming from Sony and Microsoft next year, going so far to state it’d be those companies, not smartphone devices, that would be Switch’s chief competition.

So in a perfect world, what can Nintendo do to break the 100 million barrier with Switch? David Cole of DFC Intelligence told GameDaily.biz via email that in actuality, Switch is “benefiting” from the end of life periods that PlayStation 4 and Xbox One are going through currently.

“...most users that are into playing games own a smartphone and a game system,” said Cole. “A smartphone is simply not a full replacement for a dedicated game device. So it comes down to what system you will own. In many cases, consumers will buy two or more dedicated systems.

“The Switch is benefiting from the end of lifecycle for PS4 and Xbox One. If you already own one of those systems, a Switch can make a better alternative than say a PS4 owner buying an Xbox or vice versa.”

Kantan Games’ Dr Serkan Toto added: “I think 100 million is a tall order, but I think that Nintendo can get close to that number. About 40% of this goal is reached already.”

Kantan’s email also referenced a quote from former Nintendo CEO Tatsumi Kimishima soon after the launch of Switch that said Nintendo was expecting to sell 110 million units. Cole said that although it’s “not impossible,” it is “a bit of a stretch.”

“The main thing they need to have happen is families buying multiple units,” he said. “I think the price needs to come down and it needs to be a little more user friendly in terms of using software across platforms. Switch Online is reasonably priced but a little half-assed. They seemed almost embarrassed to market it. Features like voice chat are weak on the Switch.”

SuperData managing director Joost van Dreunen told GameDaily the recent launch of Switch Lite was “an important step towards growing its install base,” adding it would be a sales success in conjunction with the release of the Link’s Awakening remake. “The price point and portability will make this a favorite during the holiday season.”

Cole noted Switch has “unique content” that helps sell it as a second system alongside either a PlayStation 4 or Xbox One, but added that Nintendo “really needs to convince those owners that they need to get on board with a Switch versus waiting for the next generation.”

While Switch Lite may be just what Nintendo needed to provide a boost to the hardware line, Toto added that Nintendo might want to consider even more models (there were six SKUs that comprised the Nintendo 3DS family) to help push it towards that 100 million sales milestone. Toto said Nintendo could leverage “more hardware variations (bundles, alternative colors, etc), a broad and deep content catalogue that continues to grow over time and captures a wide range of users, and - very importantly - different price points, especially towards the lower end of the spectrum.”

Nintendo Wii managed to capture lightning in a bottle, but the market in 2019 is radically different from when the Wii launched in 2006. The Apple App Store itself didn't even kick off until 2008, and now Nintendo is regularly releasing mobile games, such as this week's Mario Kart Tour. Van Dreunen said the games market now has clearly shifted, as have the economics, and the reality is that Switch actually "doesn’t need to sell 100 million units” to define its legacy.

“An important growth driver for the current and next generation of console hardware will be a platform-agnostic approach. Increasingly, top titles are moving to crossplay and it will serve Nintendo well to stay with this trend,” he remarked.

Nintendo is not perfect but the House of Mario sure has done a lot of things right this generation. And the stock market is backing that sentiment, as Nintendo's shares have risen nearly 50% in the first nine months of 2019. Does it really matter if Switch never reaches 100 million sold?