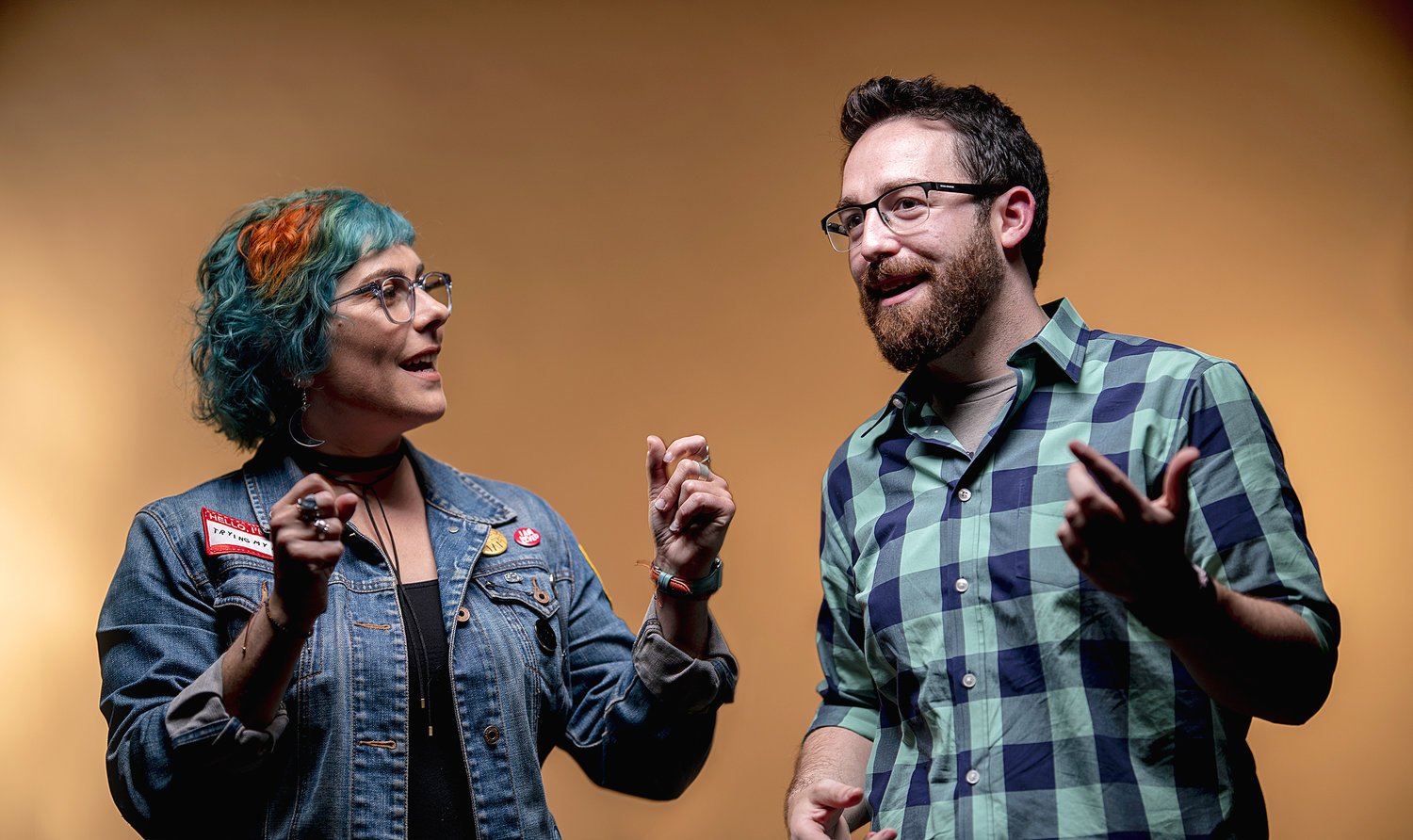 Cy Wise and Alex Schwartz have always been at the forefront of innovation in VR and spent much of the last decade building out Owlchemy Labs. Owlchemy led the charge as the cheeky trailblazers of the VR world, but after Google acquired the studio, Wise and Schwartz knew that they needed to hug their team goodbye and get back to breaking (and remaking) VR and spatial computing.

During Oculus Connect 6, the pair announced their brand new studio, Absurd:joy, and their reinvigorated approach to XR. Joining Wise and Schwartz at Absurd:joy will be their "super-bestie" and fellow VR developer, Andy Moore. Previous to Absurd:joy, Moore worked on Fantastic Contraption VR and theMOR. Patrick Curry (FarBridge), Anna Sweet, and Chet Faliszek (Stray Bombay) will be heading up Absurd:joy's advisory board.

According to Absurd:joy's latest (first, really) post, the studio will be focused on building XR experiences that move beyond any one platform or piece of technology. "We shouldn’t be forcing people to conform to a new technology," the post reads. "It should conform to us and interpret our natural interactions. Let’s not force users to learn a new way to speak, gesture, or act because it’s easier to develop."

This comes hot on the heels of Oculus announcing that it will be moving toward gestural controls for the Oculus Quest in 2020. The alignment between Absurd:joy's approach to XR and the Quest's movement towards actually tipping into mainstream consumer territory is likely more than serendipity, mind you.

Absurd:joy is also looking to tap into more than just games, as well. "While games and gaming have done the lion’s share of carrying this medium into the minds and imaginations of the world… it comes with some very specific expectations, paradigms, and even language that’s hard to break out of," the post continues. "XR is an entirely new medium so let’s treat it as such."

Considering that the HTC Vive has been openly embracing enterprise and two the biggest AR headset companies were up for a military contract, it's not surprising that Wise and Schwartz are looking to embrace the full potential of XR in any space that they can plug into.

Raising $4.4 million in XR when it hasn't quite hit its mainstream potential yet is a monumental undertaking when you consider outside market factors. But through a bit of sorcery (and a ton of know how), Absurd:joy has secured investment from Ed Fries (1Up Ventures), WXR Fund, and Jaroslav Beck of the Beat Saber fame. "This group is super special to us -- they all believe in the beautiful XR future we're working towards," the post concluded.

Absurd:joy will also be partnering with Valve and Oculus to "produce a variety of experiments and experiences," which has the studio "honestly kinda screaming inside in utter delight to have them trust our vision."

The studio hasn't announced any particular projects at the moment, but if we know anything about Schwartz and Wise, it's that the creativity we came to expect from Owlchemy will be turned up to 11 at Absurd:joy. And we honestly kinda can't wait to see what they're up to.