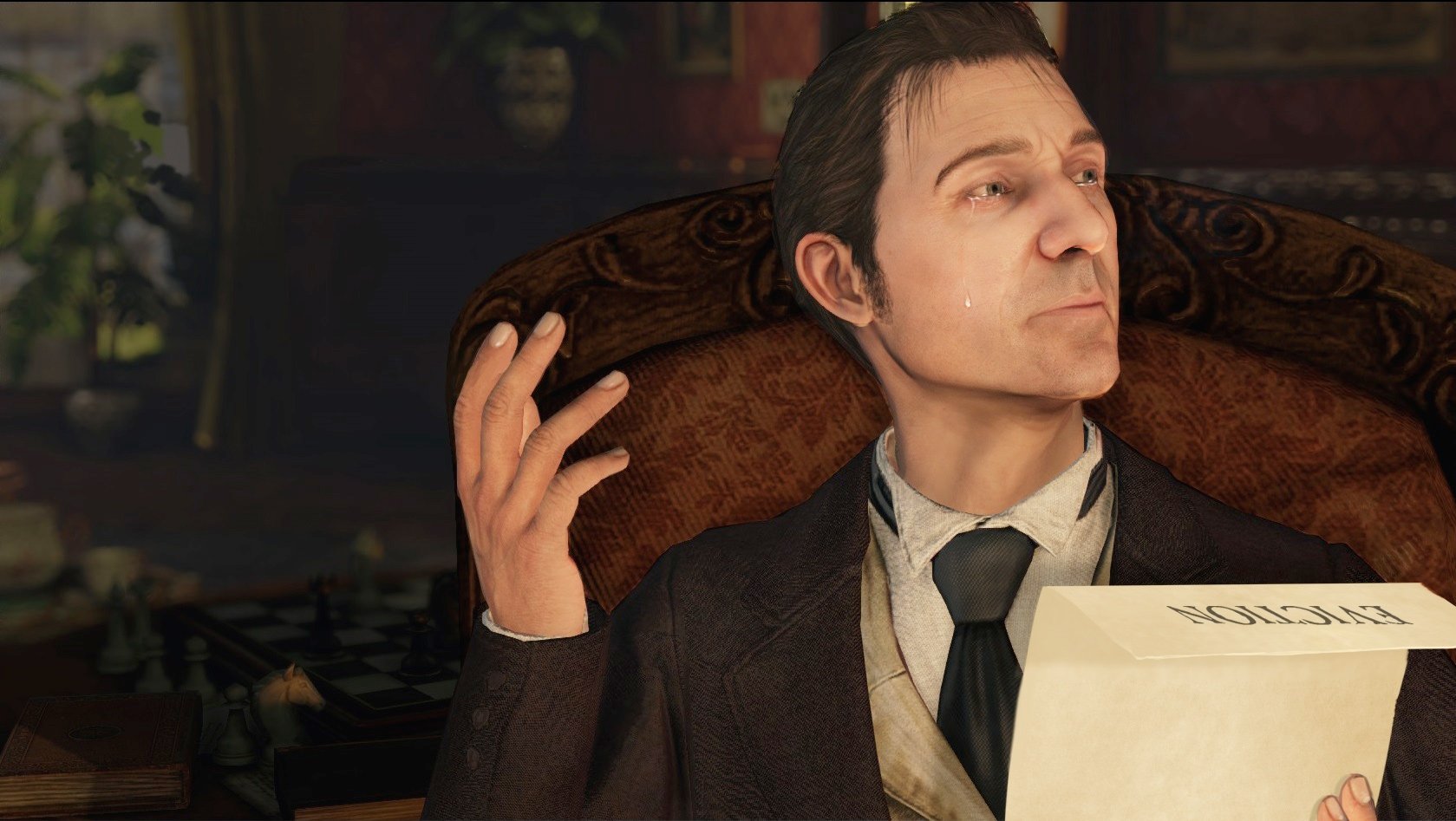 Nine out of ten of Frogwares store listings have been permanently removed from Steam, according to a new update from the studio. Sherlock Holmes: Crime and Punishment has been re-released on GOG.

"The outcome is pretty bleak, and we are now fighting an uphill battle, trying to resubmit our games back on their stores where possible. As we previously said, the process is going to take several months, but there's hope and we will continue to push on," Wael Amr, CEO of Frogwares, said in a statement.

"We are forever grateful for the sheer amount of public and industry-wide support we got, and we truly appreciate everyone who added their voice to the issue. To show our gratitude we put together a digital booklet for Sherlock Holmes games and have released it for free to everyone. A big thank you to all the community that did actually reach out to us to try help once we brought this to light."

Focus Home Interactive hasn't provided additional context or insight for this dispute, as per our original story.

The relationship between game developer and publisher can be a complicated one. Typically, the developer creates the playable product, while the publisher helps get it in stores. Every agreement is different, but this can create questions about which party actually owns the intellectual property, particularly as contracts expire and storefronts evolve. Ukraine-based indie dev Frogwares is discovering this firsthand, according to a statement published on its website today. According to the statement, Frogwares’ catalogue is being pulled from PC and console storefronts due to a policy dispute with publisher Focus Home Interactive.

Founded in 2000, Frogwares specializes in detective-themed video games, some of them starring the most famous detective of all: Sherlock Holmes. Many of Frogwares’ mystery games were published by French company Focus Home Interactive, and these titles are now being delisted from storefronts due to a policy dispute. As Frogwares put it in a statement released this morning:

“Some of our games are being removed from Sony’s and Microsoft’s storefronts, and even maybe from Steam. This list includes our titles like Sherlock Holmes: Crimes and Punishments, The Testament of Sherlock Holmes, Sherlock Holmes Vs. Jack The Ripper, and Magrunner: Dark Pulse.

Why? Because Focus Home Interactive, the licensee (or ‘publisher’) that was in charge of commercializing these games on these platforms, refuses to transfer the title IDs to us, the creators and IP owners of those titles, even though our Publishing and Distribution Agreement has expired.”

The reason for Focus’ refusal to transfer the properties back to Frogwares is because of a change in the publisher’s policy, sent to the developer just last week. The developer states that Focus won’t transfer any title belonging to a developer that has removed games from the Focus catalogue — “A policy that is not in any of our previous or existing contracts with Focus and that has never been applied to us in the past,” the statement continues.

We spoke to attorney Richard Hoeg for more context about the legalities of title ID transfers. Without seeing the agreement between Frogwares and Focus, he couldn’t say anything for certain, but did tell GameDaily, “Title ID/Content ID, I believe, is referring to the specific instance of each game (title) that has been approved for distribution on the various platforms. Generally speaking, such terms refer to how you label a software application within a platform’s databases and other systems, but here I would read it to me: ‘That instance of Sherlock we helped get approved? We will not transfer it to you. You are free to get the game (which you own) approved on your own.’”

In Frogwares’ statement, the company states that it is in the process of contacting storefronts in hopes of rectifying the situation, but it will be a costly, lengthy process — when it can be done at all. “We are unable to confirm if this can be done and already know that it will be impossible for certain games on previous gen, and very costly for others as we will have to update the SDK and that takes months.”

In an email to GameDaily, a Frogwares representative said that Focus Home has, in the past, reverted game rights back to the developer upon contract expiration, so they expected the same thing to happen again with the most recent slate of games. “We naturally expected to go through with the transfer of our games on these storefronts to us, because our agreement didn’t say otherwise,” Frogwares told us.

Interestingly, Frogwares reached out to Focus Home to initiate the transfer process in May 2019, and “since then, their position on this was not clear to us” — until the developer received the statement about Focus’ new policy earlier this month.

“Also, at no point were we warned about the games being delisted either. We found out once it was done.”

Focus Home Interactive declined to comment for this post, so as it stands, we only have one side of the story. As far as the publisher changing their terms post-contract, it’s a complicated matter.

“One party cannot unilaterally amend a contract in most instances unless expressly given the authority to do so in the contract,” Hoeg told us. “That said, it is possible that certain contract terms can be made subject to application of one or another party’s ‘policies and procedures’ which may be amended from time to time unilaterally. You see this often with privacy policies for instance.”

According to Frogwares, the mass delisting is going to have serious consequences for the company. “At this stage it is hard to tell to what degree our team will be affected by this, but the impact is definitely going to be serious,” the Frogwares rep stated in the email. The developer wouldn’t specify whether or not it was considering legal action against its former publisher, but Hoeg believes that would be an uphill battle.

“They might have a great claim depending on the contract,” he said. “But even if that is the case, it might cost more to extract the rights from Focus than it would to pay for their own approval.”

Frogwares’ most recent title, the H.P. Lovecraft-inspired The Sinking City, was self-published earlier this year and not at risk for delisting. However, with a significant chunk of its catalog off the market, the developer is “preparing ourselves for a significant loss.” It’s a disheartening situation in an industry that already makes it difficult for developers to stay in business.

GameDaily will continue to follow this story and, hopefully, Focus Home Interactive will share its side of the story soon.