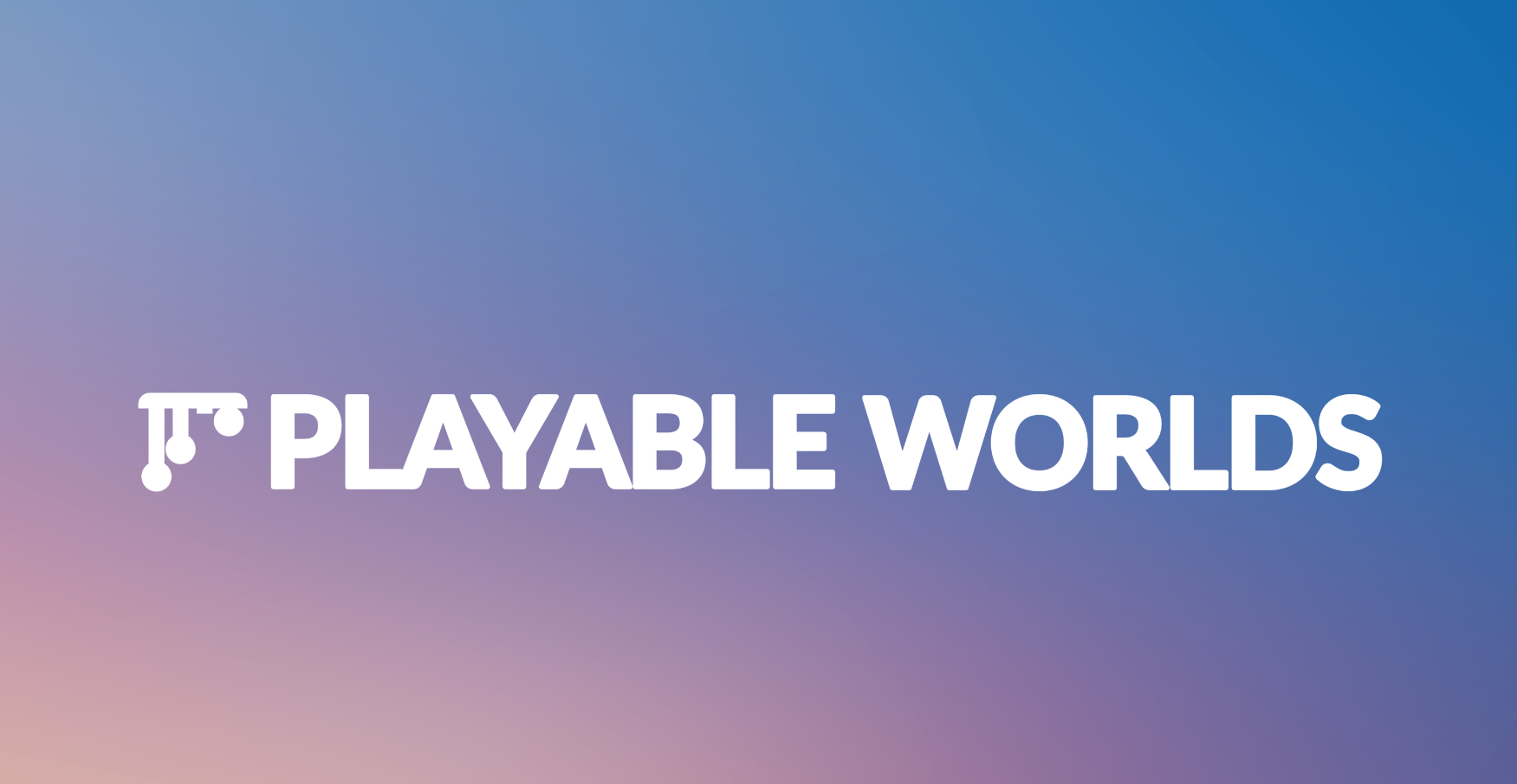 Raph Koster, a prominent GameDaily Connect speaker, is one of the most influential online game designers of the past 25 years. The author of A Theory of Fun for Game Design is best known as the lead designer at Origin Systems on Ultima Online in the late ‘90s, and in this century, as the chief creative behind Star Wars Galaxies. His executive role at Sony Online Entertainment also saw him work on the iconic EverQuest series before he dove into social gaming by founding Metaplace (which ultimately became part of Disney as Playdom).

Now Koster is taking everything he knows about the industry and online game design and pouring it into Playable Worlds, which today landed $2.7 million in funding to help accelerate the creation of a new sandbox MMORPG. The company was co-founded just last year by Koster and veteran games business guru Eric Goldberg, who regularly serves as a speaker and advisor to GameDaily Connect. While Playable Worlds has been operating largely in stealth mode, the San Marcos, California-based startup is now talking about its grand vision.

“I’m incredibly excited to bring a new world to players,” said Koster in a release. “Technology has caught up to the visions we always had of alternate worlds where entire societies can form. It’s time for that dream to be fulfilled.”

Specifically, Playable Worlds is aiming to offer “proven features from some of the world’s most popular games in a unique combination that hasn’t been seen before,” while catering to various playstyles whether that’s adventuring, PvP, socializing, combat, crafting, or enabling online communities to cross over with each other. And from a technology perspective, this is all going to be possible thanks to cloud architectures, simulation, and AI.

“These are things that we’ve been working with since the days of Ultima Online. You might remember the famous ‘dragon example’ from UO, where we had creatures that had little simulated lives,” Koster remarked to GameDaily. “Back then, we couldn’t afford to keep it running, because our servers were quite a bit less powerful than an Apple Watch is today. Today, we have access to literally hundreds of times more computing power. Other devs are mostly using it to make shooters better, which is a perfectly fine goal. But I’d rather apply it towards making living worlds.”

Bitkraft Esports Ventures led this round of funding, but don’t let that fool you; Koster isn’t suddenly becoming an esports guy.

“We aren’t really an esports play, but when we spoke with [the Bitkraft team], I think that what resonated with them was the idea of building online communities,” he said. “Esports is of course very strongly community-driven, and our vision is also oriented in that direction. Since our goal is a world where many sorts of players can come together and find ways to play that appeal to them, we’d certainly be remiss if we didn’t include systems tailored for competitive players.”

Koster told us that the actual launch of his new project is “at least a few years out,” but that additional time will also enable the maturation of cloud gaming to take place. Exact platforms haven’t been decided on, but it may not matter.

“That’s certainly one of the things that is attractive about the cloud. When we did Metaplace a decade ago, we were doing clients across a range of platforms even back then. The things that keep online games tied to a given client platform have more to do with business reasons than technology, these days,” he said.

While the games industry across the globe gets bigger every year, it’s incredibly hard to succeed in this business, especially with the games-as-a-service framework that’s become almost a necessity in this modern era. But that’s precisely what makes the current market conditions so attractive to Koster. It’s as if he’s been waiting for this very moment.

“Everything going online is actually why it felt like the right time to do this! As an industry, we’re actually still very much at the start of that market shift,” he explained. “While the top charts are dominated by online games of various sorts, the vast majority of the market is still not really run as games-as-a-service – one statistic I saw is that market penetration for online games is still around 10%! There’s a lot of room to grow.

“There are also a lot of lessons, hard ones, that take a while to learn if you come from more of a fire-and-forget game background. I’ve been doing service-based games pretty much my whole career, and not just with MMOs. After Galaxies, I did handheld console, I did web-based games, I had some successful Facebook games, did a couple of mobile AR games last year… I even worked on a digital bar trivia game. The same challenges keep coming up in different contexts. What we find exciting is that there’s a real opportunity to bring together lessons from all of those into one product. An MMO doesn’t have to be a heavy, multiple hour session experience. A game played in short sessions doesn’t need to be shallow.”

As experienced as Koster and his team are, it would be easy to rely on tropes and mechanisms that are proven from past projects. Even the word sandbox has become a bit clichéd. Koster fully understands that the challenge now is to mix the familiar with something entirely fresh. Gamers are far too fickle and the risks are far too high to just tread the same ground.

“When I look across games today, what I see is games about crafting, fashion play, timed reengagement, social play – basically a whole lot of things that are old tropes out of sandbox MMO play,” he said. “Multiple generations have grown up with sandbox play now – kids who played Runescape are in their 30s, kids who played Minecraft in their 20s, and Roblox is already a decade old. We are seeing demand for ‘sandbox-y’ play all over the place, so I think it is very much of the moment. Heck, when I look at something like GTA Online, what I see is players role-playing cops and bus drivers and whatnot in there. A modern sandbox alternate world that has space for all sorts of players to play together, that feels to me very much like something that resonates now.

“I’d say that our goal, though, is to make a sandbox that looks forward, rather than one that looks backwards. There are many lessons to build on, but we’re not out to build a museum to old gameplay. We’re going to bring the best of that stuff forward to the modern day, and blend it with the best of now to hopefully make something that works for tomorrow.”

One area of the market that feels like a dying breed is the single-player narrative. Veteran designers like Amy Hennig, who was squeezed out of EA thanks to their Star Wars cancellation, have felt this pain acutely. Even so, there is a demand for the Uncharteds and God of Wars of the world, and Koster wants to ensure that single-player fans have something to latch onto in his universe too.

“We’re definitely supporting solo play, it’s critical to reaching the breadth of audience we want,” Koster affirmed. “A game being soloable, and a game building community aren’t at all incompatible. As far as story – we have a team with veterans from DC and Marvel and Disney, we’re very much interested in creating a new fictional universe that people can fall into, and we’re using best practices we’ve learned from our time working with comics and Hollywood IP and the like. So while it’s still an MMO world, we are paying a lot of attention to narrative.”

While Playable Worlds looks to scale up (the headcount is currently under 10 people), Koster said that the company may go quiet for a bit, but the community will be involved as early as possible. Early access and getting that feedback loop during development has become a key component for many developers today.

“We will be working closely with the community as early as we can. That’s another one of those best practices that online worlds have been following for decades. That said, we have a lot to do in the next few months as we lay the basic groundwork,” Koster acknowledged.

The market in 2019 is vastly different from the one that existed just five years ago, and it’s hard to say exactly where it’ll be when Playable Worlds is ready to launch. We’ve seen the disappearance of the mid-size independent studio, especially as corporate behemoths like Microsoft gobble up talented folks like inXile, Obsidian, Double Fine, Ninja Theory and more.

“It's definitely a ‘mature market’ sort of period, and that sort of consolidation is to be expected. When I look at that landscape, the path forward that I see is studios that are capable of making something larger, something that isn’t just consumable content, something that holds a playerbase for a long time, that drives loyalty and retention,” Koster noted.

“That’s what enables a studio to break out of the cycle of always hunting for the next project funding, which then increases their risk. I’ve been saying for years now that devs need to get better at building IP, running services, and driving retention and fans, because that’s how you can build a sustainable relationship with people who love your work and preserve your independence.”

Koster has seen first-hand how big companies like Disney can treat their acquisitions in the games space, so you can hardly blame him for wanting to build something special without overwhelming corporate oversight.

Innovation is one of those words thrown around in tech fields far more than deserved. Koster is one of the industry’s creatives that can actually live up to the claim. Playable Worlds has much to prove, but we’ll be keeping our digital shovels at the ready for the sandbox to come.