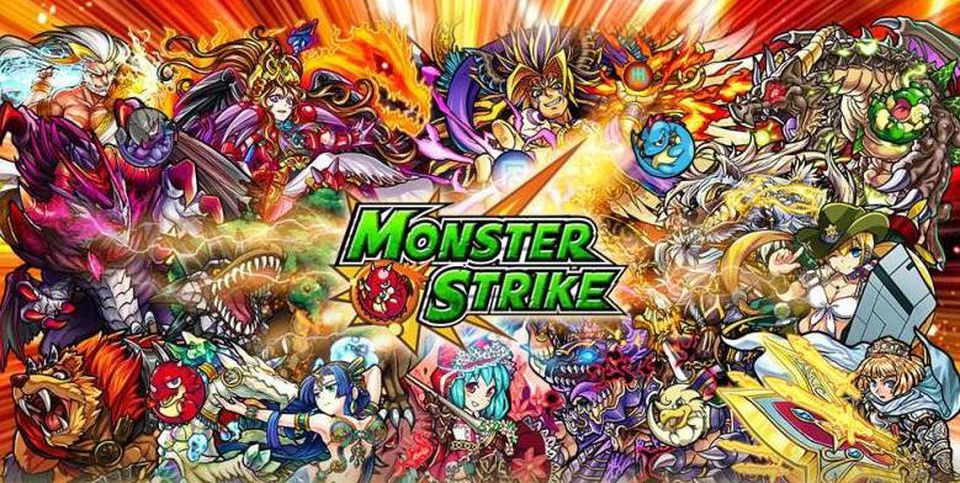 “When trying to be successful in games, it is important to have a purpose beyond entertainment.” - Mixi

In an era in gaming when stunning, extremely entertaining games come out multiple times a day across multiple platforms, a game needs to be more than just ‘good’ to capture and keep an audience. A true blockbuster game also doesn’t just constrain itself to being a single part of the varied entertainment mediums, but must branch out into other aspects of players’ lives and the other activities they spend their time doing.

This kind of success across multiple entertainment mediums and activities was what Mixi Group succeeded with in Monster Strike, and this multi-directional strategy was what helped them propel the game to incredible heights. It had become the highest earning app of all time in October of 2018, according to SensorTower (at $7.2 billion compared to GungHo’s Puzzle & Dragons’ estimated $7 billion).

How did it reach such incredible heights? Langer Lee, Director of Corporate Planning & Strategy at Mixi, feels that it was that emphasis of looking ‘beyond entertainment.’ Calling Monster Strike “an entertainment institution with a diverse media mix strategy,” Lee is looking to share his ideas and strategies for finding success in other aspects of entertainment. For developers looking to make it impossible for players to ignore their game, they should check out Lee’s upcoming talk at GameDaily Connect Asia in Shenzen from November 10-12.

Monster Strike pits players against waves of monsters that they can battle with their own collected monsters, using their victories to fuel their ability to collect more monsters, which they can fuse or evolve to create even further creatures. This premise has spawned an anime and a motion picture, and grown into a thriving community of players that keep it going.

Lee isn’t suggesting you start inking your own anime to find success, though. What Mixi found grew their game a great deal, and helped differentiate it in the market, was encouraging a social element within the game. It was a game designed around being played face-to-face, “something you could play with friends if you were out drinking, for example,” said mixi’s Hiroki Morita, the company’s former president, in an interview with the New York Times in 2014.

The company was well-equipped to push social features in their game, as Mixi was a huge social media platform in Japan that started back in 2004. Mixi has since moved on from the platform, but their work and research in connecting people would serve them well with Monster Strike as they found creative ways to bring people together, using that connection of playing with friends to keep bringing players back to the game.

Mixi put this kind of thinking to work around the launch of the Monster Strike movie, where players could take part in in-game events that they could only try together in cinemas. “We tried to marry the in-game elements of Monster Strike to the movie. You would see people playing Monster Strike in and around the cinemas, waiting for the movie to start,” Lee said in an interview with PocketGamer.biz in 2017.

For Mixi, it was about finding those moments that brought its players together, keeping the player connected to the game through their connections with those they played it with. By offering unique content where its players would naturally gather, it just offered another way to encourage people to group up, find friendships, and forge bonds over the game. These connections would, in turn, help retain players, or branch out into getting new players on board.

And you can form these connections easily through playing in person through Bluetooth or via Line (Japan’s colossal social network), making it a snap to connect with old friends or new ones. These connections were huge in a densely-populated country like Japan, giving the game a helpful foothold.

From there, the developer’s focus has been one of continually surprising and impressing its players in unexpected ways. “What are we going to do to thrill and excite users? What are we going to show users that they've not seen before?” Lee said to PocketGamer. Free anime releases and movie tie-in events may not be within the scope of every company’s budget, but the idea is to continually try to see what new thing may surprise your player, and that it’s not necessarily within the game itself.

Monster Strike was a huge hit, but not just because it was a game that players liked. Mixi leveraged social media experience, a knowledge of what players enjoyed in Japan (“When you look at Japanese mobile games, they have a very strong, gacha-focused game loop…” says Lee), and a search for things outside the game, be they social connections or new forms of media, to bring in a bigger audience. The company has shown that you need to use every tool at your disposal to bring in your audience, and that those tools can help make something unique to you that has the potential to blow up in a way that only you can make possible.

Lee is looking forward to sharing some strategies that worked for them, as well as some insight into looking into your own unique skillset and finding that element “beyond entertainment” that could propel you to success.