Blizzard: 'Our relationships in China had no influence' on Blitzchung ban 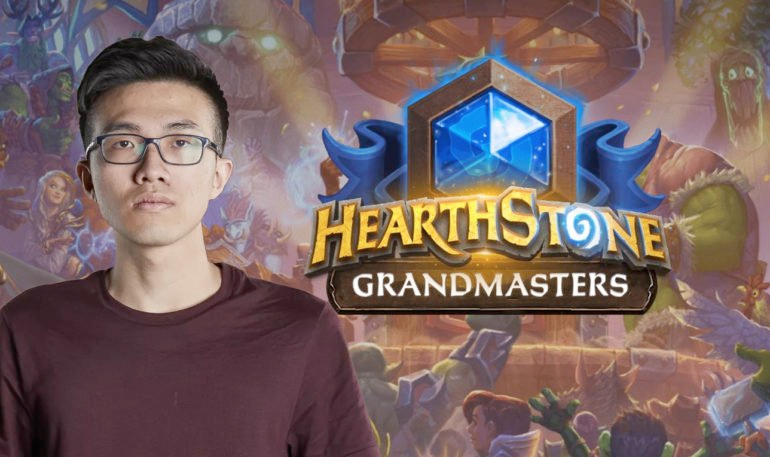 It’s been a rough week for Blizzard. The publisher made waves on October 8 when it banned a popular Hearthstone player from competitive play following a Hearthstone tournament win. Blitzchung, the player in question, donned a gas mask and supported the ongoing protests in Hong Kong during his post-match interview. As a result, he was stripped of his prize money, and both he and the shoutcasters conducting the interview were banned from tournament play for a year.

The reactions throughout the industry — even among Blizzard employees — were almost universally negative, with former fans calling for boycotts and World of Warcraft subscription cancellations. Many assumed Blizzard was unhappy with Blitzchung’s pro-Hong Kong stance, which could affect business relations with China, where it’s notoriously difficult to release games. On top of that, Chinese mega-conglomerate Tencent owns a small stake in Blizzard.

Blizzard finally responded to the controversy with a blog post from President J. Allen Brack on October 11. In the post, Brack claimed that Blitzchung’s ban wasn’t specifically because of his pro-Hong Kong stance, but because he was “in violation of rules he acknowledged and understood” — namely, not keeping the focus specifically on the game itself.

“Every Voice Matters, and we strongly encourage everyone in our community to share their viewpoints in the many places available to express themselves. However, the official broadcast needs to be about the tournament and to be a place where all are welcome. In support of that, we want to keep the official channels focused on the game,” Brack said.

Despite standing by the company’s decision, Brack acknowledged that perhaps the one-year ban and removal of prize money was too harsh a reaction.

“We now believe he should receive his prizing,” Brack stated. “We understand that for some this is not about the prize, and perhaps for others it is disrespectful to even discuss it. That is not our intention. But playing fair also includes appropriate pre-and post-match conduct, especially when a player accepts recognition for winning in a broadcast. When we think about the suspension, six months for Blitzchung is more appropriate, after which time he can compete in the Hearthstone pro circuit again if he so chooses.”

As for whether or not he will return, Blitzchung is unsure. In a statement posted on Twitter, the popular player said he has “no idea” if he wants to continue playing competitive Hearthstone after his six-month ban expires and will be using that time to consider his options. He also said that he knew his statements about Hong Kong’s ongoing protests might have negative consequences.

“In the future, I will be more careful on that and express my opinions or show my support to Hong Kong on my personal platforms,” he added.

Even with a reduction in ban time, Blizzard’s statement still rang hollow for many critics. Contrast Blitzchung’s originally yearlong ban (and even the amended six-month ban) with the four-game suspension levied against Overwatch League pro xQc in early 2018 for making homophobic remarks about an openly gay player. That same player then received another four-game suspension for using an emote “in a racially disparaging manner” on an official stream. Despite multiple infractions, xQc is still part of the competitive Overwatch scene, and will be competing at the Overwatch World Cup representing Team Canada at BlizzCon in just a few weeks. This begs the question: were Blitzchung’s statements about Hong Kong worse than homophobic, “racially disparaging” comments made by other players?

Then there’s the timing of Blizzard’s statement: Friday in the late afternoon, which is where news goes to die. At that point, many members of the media had already logged off for the weekend (and it’s a holiday weekend in both the U.S. and Canada). The intent appears to be that Blizzard wanted to quickly bury the outrage they knew would result from this lackluster response.

It’s not a great position for Blizzard to be with fewer than three weeks to go until its annual Blizzcon convention in Anaheim, CA. Considering that BlizzCon 2018 also met with backlash over the announcement of mobile titleDiablo Immortal, it’s going to be interesting to see if Blizzard takes any steps to turn the tide of public opinion before or during the con. If Friday’s statement is any indication, rather than address it directly, the publisher would prefer that fans forget all about it.