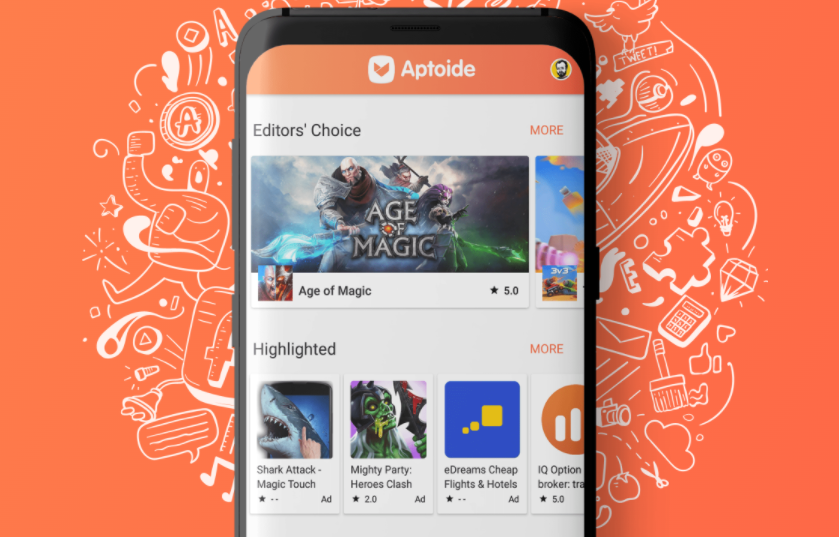 You’ve designed a great game and released it to the world. It’s out there on Google Play for anyone to download. Well, what about someone who doesn’t have the means to access Google Play on their device for some reason? What if they do, but can’t use the payment methods it allows? What if you’re not even released on the Google Play Store in the customer’s country at all?

Tiago Alves, VP APAC of Aptoide (an independent Android App store), would love to help you keep those customers from falling through the cracks and costing you a great deal of potential revenue, opening your app up to the global market despite issues that plague platforms like Google Play. If you can make it to his talk at GameDaily Connect Asia in Shenzen from November 10-12, he’ll explain how Aptoide and blockchain technology deal with all of these issues.

“We are revolutionising the app store business by creating a unified distribution platform where developers can publish a single version of their games with a single billing solution and get them distributed to multiple app stores,” said Alves.

Aptoide aims to offer the apps and content users need regardless of geo-restrictions from various countries. Using blockchain technology, they’re looking to cut out the middlemen in many transactions, add additional security and simplicity to carrying these transactions out, or make these transactions possible at all when other circumstances might make it impossible.

“There are several reasons as to why people install Aptoide on their phones,” Alves said in an interview with Medium in August 2018. “A lot of people in emerging markets like India and Indonesia, they’re getting a smartphone for the first time. They click on Google Play and the first thing that Google asks is ‘What’s your gmail?’ or ‘What’s your Google account?’. They don’t have an email address because the smartphone is their first digital device.”

“We don’t ask for your name, your email address, nothing. You just have to install Aptoide and you can download apps. Another strong driver of people coming to Aptoide is the apps or games they cannot find in Google Play. A good example is ourselves. We haven’t been in Google Play since 2013,” he continued.

These represent some major problems in reaching certain markets and consumers - issues Aptoide is trying to address. “Developers will learn that there is an easy way to reach new users by working with our platform that is blockchain-powered,” said Alves. “It is this blockchain-based solution that allows [us] to have a single billing solution and a single app version where our payment system asks the phone OS which app store was responsible for the download of the game and share the revenue accordingly.”

To this end, the company has developed AppCoins, a blockchain-based currency meant to make life easier in the Android App market. According to the Aptoide blog, “Aptoide decided to take action to solve many of the limitations that the app economy currently faces by creating an open blockchain based protocol, that can be adopted by all app stores using any operating system: AppCoins.”

What were those issues it saw? According to aMedium article from AppCoins, they were: “1. Advertising is inefficient. It relies on many adtech middlemen, increasing the cost of user acquisition for app developers, reducing transparency and generating fraud in transactions.”

“2. Monetization and IAP are not accessible to a large group of users and are costly. IAPs rely on payment methods and flows that are not accessible to many users, especially in emerging markets where the transactions costs are high, with significant margins being taken by payment processors and other fintech middlemen.”

“3. The app approval process is not transparent. App approval is a complex process that currently is being handled by centralized stores with complex quality assurance flows and relying on arbitrary app distribution policies.”

These issues are all things that Aptoide has been working to solve with their currency and app. Through blockchain, it will ensure that sponsored ads are being paid attention to, that consumers can use certain apps in order to gain currency for themselves, that ad and payment intermediaries are cut out as the blockchain handles these, and that developer trust can be built up on the history on the blockchain.

All of this means more potential revenue for app developers, as well as allowing them to reach consumers they’ve never reached before. It’s a big opportunity that helps your game truly reach the global market in new ways, and makes for a great deal less headache for you.

“If you are an Aptoide partner - OEM, third-party App Store - you will also find benefits for adopting the AppCoins protocol. As an app store partner, you can now monetize your apps through blockchain, without the intermediation of payments, hence increasing the revenue share. This system creates a trust layer for the economy, rendering many middlemen obsolete. In addition to that, as an API or white label partner, that distributes Aptoide apps, you will now get a cut from the in-app purchases revenue,” says the Aptoide blog.

“The biggest opportunity for us is to work together with Chinese game developers to reach non-Google Play users outside of China, and we already have several Top Grossing developers working with us,” he said.

Not that the Chinese market is a snap for them to tackle. “The biggest hurdle for us is the communication in Chinese, and the fact that we face several challenges due to the China firewall which blocks a lot of common-used services outside China,” said Alves.

Alves is looking forward to sharing how Aptoide is looking to tackle issues that keep Google Play from being a truly global, open platform for Android app developers. He’s aiming to show you how, through their storefronts and currency systems, they’re putting blockchain to work in ways that allow your app to reach people all over the world, allowing customers worldwide to find a means of purchasing and supporting your work without arbitrary rules getting in the way, and without middlemen whittling away at the profits you are finding.