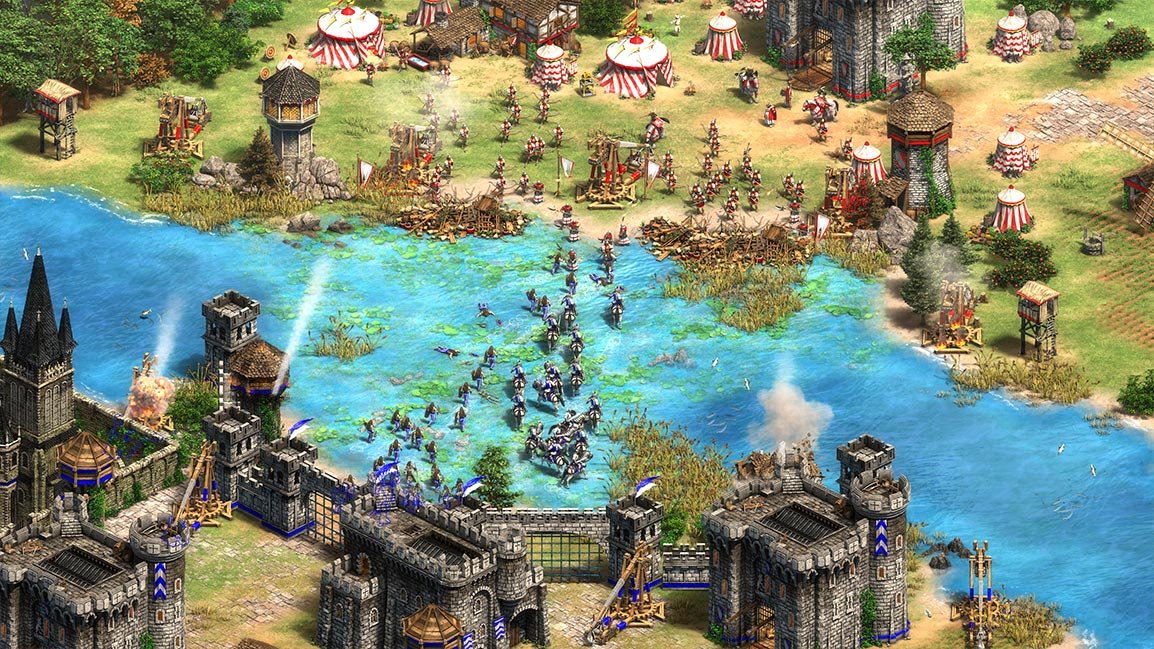 There are a lot of challenging questions that get asked when you’re trying to bring a classic game to a modern audience. Do you keep the game as close to the original vision as possible so that you please its old fans? Do you make a few tweaks to improve it so that some new players might be more inclined to try it? Do changes have the potential to alienate the people who originally loved the game? If you keep it too close to the same, will you irritate modern players with old design conventions, or even irritate the older fans once the rose-colored glasses of nostalgia come off?

These questions made for a real challenge in modernizing the 20-year-old Age of Empires 2 into Age of Empires 2: Definitive Edition. Alex Liu, Design Director at Microsoft, will address how the development team met this challenge and worked to respectfully modernize the classic title all these years later. At GameDaily Connect Asia in Shenzen from November 10-12, he’ll share the work done to appeal to the game’s long-standing player base, as well as what they’ve done to increase its global appeal to potential new audiences.

And we can learn a lot about Microsoft’s approach to the franchise from Liu’s colleague, Adam Isgreen, series Creative Director.

“Bringing back any series that’s been dormant for a while is always such a challenge, because you have to have a lot of respect for what people want, but you also have to figure out the ways to modernise things,” Isgreen said in an interview with PCGamesN.

Capturing the feel of the game – that core that keeps an audience playing a game for 20 years – was a vital part of starting out. And who would know that better than the community themselves? “For us, because the feel of the moment-to-moment of Age II is so important to the community, it was always a matter of ‘what can we do around that, how can we make the game more fun to play, without taking away the play?’ That’s a lot of back and forth with the community, “ Isgreen noted.

“We’ve been running councils with all of our Age teams, all doing closed tests for over a year now, to get feedback and let the community help us make the right decisions. We try things, some of which the community and pros don’t want touched and freak out over, and other things they don’t. We kind of go back and forth until we understand what they want, and they understand what we’re trying to do to make the game more accessible, or easier for people with a modern RTS sensibility to understand,” he continued.

Fortunately, the audience that loved the game also had a list of things they felt might improve it. “We knew that we didn't want to change the core feeling of Age of Empires 2,” Isgreen said in an interview with PC Games Insider earlier this month. “Everybody loves this way. They love the way it plays. They love the unit interactions. We figured we can balance the game but we have to make sure the feeling stays. The great thing was the community was on board with that, too. When we went out and asked, the fans said we shouldn't change the core game but they had a huge list of other things. We used that as a guide.”

From what the audience wanted, and what the developers felt could be improved, came the game’s 4K Ultra HD graphics, a new, remastered soundtrack, and new content in the form of “The Last Khans,” 3 new campaigns, and four new civilizations. And a less cheat-prone AI, to boot.

“The old AI did two things that allowed it to cheat pretty heavily. One was it had resources beyond what a normal player would have, so it basically got free resources. The other thing was that it saw the whole map. So, the AI didn’t have to scout, didn’t have to do anything to learn what you were doing, and didn’t grant you opportunities when it missed what you were doing. It had complete knowledge of the map, so it could build strategies on just seeing what was going on rather than actually reacting and playing well.

The team has eliminated that, so the AI actually has to scout now. You’ll see it be a lot more active with its scout units, especially early game, and even into mid-game, as it’s looking to see what you’re doing,” said Isgreen.

Even here, the development team has worked to preserve the old and new, letting players bring back the cheating AI if they please. “We still keep the option in the DE to play the old AI; it’s pretty fun to throw one new AI against the old ones, and watch it totally mop them up,” he continued.

New visuals, sound, and content make for a lush new game, but the developers have also added 20 years of cunning player tactics into the game, creating some vicious opponents to fight against. “What the team has been doing is, since there’s been 20 years of meta on Age II in terms of competitive play, they’ve started to program a whole bunch of the strategies that competitive players use in the Age II community into the AI itself. So, the AI will actually micro and macro strategy play, just like a lot of ‘strats’ that you’ll see in the Age community,” said Isgreen.

Not that you can please everyone with the decisions you make in modernizing an old game. Still, even if the developers felt they made the right choices, they’ve made sure modding support is there to allow players to have the game they want. “As art, the old stuff sometimes wasn't very good but at the time it was okay because it was nostalgic. Some people are still saying they prefer the old art. One thing we've recognised is that modding is so important to PC games - our team came from the mod community - so we wanted to make sure that the game is super moddable so if people want to add in the old music, art or UI, users can go for it,” said Isgreen.

The development team behind Age of Empires 2: Definitive Edition have put in a great deal of work to balance the questions of whether to change or remain the same, drawing from the community to enhance the game while preserving the spirit that made it a classic after so many years. At their talk at GameDaily Connect Asia, they’ll share even more of the design philosophies that will help grow the game’s appeal even further, as well as please that audience that has supported the game for so long.