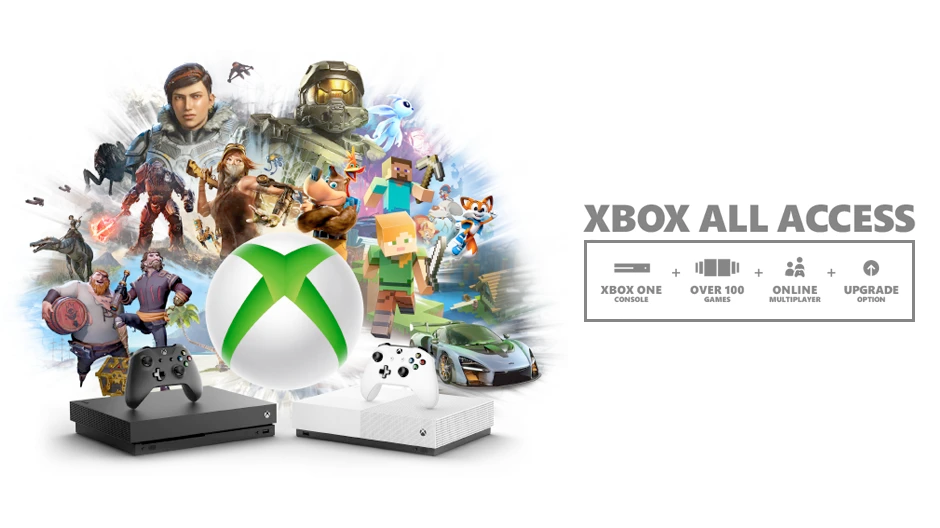 When Microsoft initially revealed its All Access membership program in August 2018, we were pleasantly surprised at how good the offer was. Starting at $21.99 a month spread over 24 months, customers could take home their own Xbox One console, along with two years of Xbox Live and Game Pass. With the holiday season looming, Microsoft has brought this limited-time offer back to the market with a brand new twist: customers who so choose can take advantage of an upgrade to the Xbox One’s successor in late 2020.

This time around, All Access starts at $19.99 a month for a standard 1TB Xbox One S All-Digital Edition. A regular Xbox One S is $21.99 a month, and the Xbox One X bundle goes for $30.99 a month. According to Microsoft’s blog post from General Manager of Platform and Devices Marketing, Jeff Gattis, here's how the program will work:

You might be asking why someone would commit to a two-year payment program for a console that’s going to be considered “last-gen” in about a year. Astonishingly, there’s a built-in option for those who want to upgrade to Project Scarlett when it launches next winter.

“We realize buying a console is an investment and some players are waiting to make the jump to the next generation withProject Scarlett when it launches in Holiday 2020 alongside Halo Infinite,” Gattis wrote. “This is why as a limited time offer this holiday season, players in the U.S. and U.K. who purchase an Xbox One X with Xbox All Access through December 31, 2019, have the option to upgrade to the next Xbox console in as few as 12 months and once Project Scarlett has officially launched.” The upgrade will need to take place at the same retailer where customers originally entered into the All Access agreement; though there will be an upgrade fee, the blog post didn’t specify what that cost would be.

Xbox All Access starts rolling out tomorrow with staggering release dates worldwide: October 29 in Australia, November 5 in the UK, and November 18 in the United States. This is a great option for late adopters, holiday gift purchasers, or those just looking to make the switch to the 4K-capable Xbox One X. Overall, customers will end up saving money with the All Access plan.

A built-in upgrade option upon Project Scarlett’s release ensures that families who might not have been able to purchase Scarlett at launch will get a chance to bring home next-generation's console and continue to have access to the newest Xbox releases. It's an important first step for Microsoft to put Project Scarlett top of mind, even when purchasing an Xbox One X.