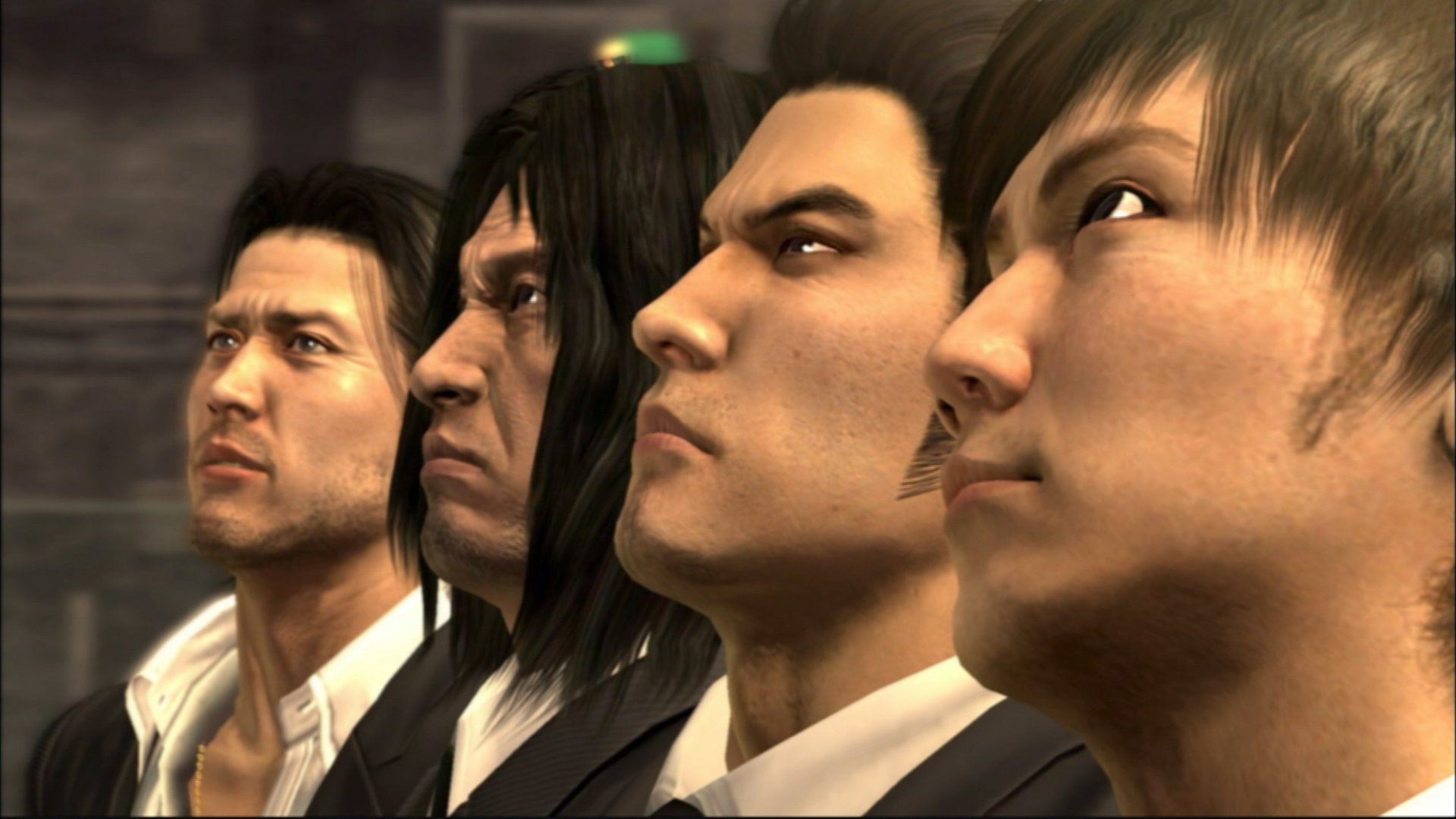 The PS4 remasters of Yakuza 3, Yakuza 4, and Yakuza 5, previously-released in Japan, are finally coming westbound as The Yakuza Collection. Yakuza 3 has already been released as part of the collection’s digital shadow-drop last month after its announcement at Gamescom..

When it comes to localization, the first thing that springs to mind with what that entails is that it’s basically converting the game from one language to another. In this case, Japanese to English. While that is the gist of it, there’s always more to something as complex as localization.

GameDaily spoke with junior localization producer at Sega of America, Jon Riesenbach, over the phone about how the localization process works, specifically with The Yakuza Collection.

“Probably the best way to sum it up is we basically are taking the original ideas and cultural concepts of the Japanese and reworking them into native English ideas," Riesenbach said. "As opposed to a literal translation, which is word-for-word as to what the Japanese or other language is saying, we take it on a full holistic level and look at the intent and figure out the best way to deliver that exact same intent in English. Not necessarily using the same words as the Japanese, but in the most natural, best sounding, fluid English way possible.”

“There was one I was working with that involved a phrase that literally translated to 'biting through stone," Riesenbach noted. "And it's possible you can look at that and it kinda makes sense in English, but there are better ways to phrase that. For example, that line, I would do something more like, 'she'd fight off an army if that was going to help her achieve her dream'."

“For our process, we have our first translators to go through the Japanese script and give us the most literal translation possible. And then editors who rewrite those translations often completely. And what our editors are really good at is coming up with these creative ways to sidestep around the translation and get at the intent.

“Often, that involves having direct conversations with the translators to figure out what exactly the lines are going for. What exactly the flow of the scene is supposed to be because it's not necessarily always obvious on first read, on a first translation. There's usually a bit of back-and-forth. I'll have experiences where I'll read a scene, come up with the edit, and then send that back to a translator. And they're like, 'well, this actually works a little better than what you have because you may not have read the intent the same way I was trying to portray it'. So generally, it's a collaborative process we all go through to ensure all that is brought through.”

Localization has come a long way in the days since the original Yakuza launched in the west back in 2006 for PlayStation 2. It had an English-speaking cast of well-known actors, including Mark Hamill and Michael Madsen. Unfortunately, this first pass at western localization wasn't well received by fans.

From Yakuza 2 onwards, the series has maintained a Japanese voice-cast with EFIGS (English, French, Italian, German, and Spanish) subtitles. The only exception has been that of recent spin-off Judgment, which featured a full English voice-over cast.

“I'd say in the 2000s, there was this period where if a game you were interested in got localized. It was kind of just like, 'I'm really glad this got localised'," Riesenbach commented. "There are tons of fine localizations out there. But I think the major difference between then and now is we have, at least for Yakuza, a really strong fan base that buys into the Japanese culture aspect of it that allows us to go hard on to that side of things and preserve a lot more of that original intent and in some cases, even have fun little language lessons and stuff in there.

“But I think generally now there is a lot more focus and expectation on quality localization, I think people have a better eye for it. And now, it's not really a matter of, 'oh, is my game going to get localised?', it's more, 'when this game gets localised, how good is the writing going to be?'."

There's quite a bit of crossover between Sega and Atlus these days, as both companies reside under the Sega Sammy umbrella. Unfortunately, when it comes to localization for franchises like Yakuza, Persona, or Catherine, each of these titles are fairly siloed from one another. There are slightly different processes in terms of communications to higher ups, but otherwise, “each team [is] going to have their own way with localization and working,” a Sega representative told us.

“They're very different beasts in how they're handled and how they’re delivered to us,” added Riesenbach when asked about the different localization processes between Yakuza, Judgment, and Atlus games like Persona and Catherine. “Yakuza, at least for the collection, these games are already done, already released in Japan and the US ten years ago pretty much. So we already had a foundation on which to base the localization as opposed to Judgment or Persona, where at times, the localization can happen in tandem with the development.

“And what that entails is you might write scenes or lines only to come back two weeks later and find, 'oh the Japanese side updated their script, those lines are gone, the scene is completely different, you have to rewrite everything'. That's a pretty big difference as well in terms of processes. A lot of time spent going back and checking over those revisions and making sure we get every little detail that Japan might have changed in their revisions. But that also allows us to get closer to sim ship.”

When it comes to localization, one of the key hurdles is how to get around cultural sensitivities and issues, such as racism or bigotry, Riesenbach admitted that it isn’t looking to shield the player away from them. Rather, it’s about how the game addresses them in its own way.

“We don't really generally have to deal with, at least for Yakuza, much in terms of sensitivity, but usually when we do come across those issues, we look at them and think, 'okay, how is the game presenting them? What is the view of the game? If there is a sensitive issue, as long as the game is presenting itself in a way with something people might not agree with here, like if there's an instance of racism or bigotry or something like that, we do try and go the extra level to make sure it's clear in those cases that the game is not supporting those ideas.

Sega recently announced that the seventh main installment in the series, Yakuza: Like A Dragon, would be coming west next year after the Japanese launch next January. Yakuza: Like A Dragon is slated to be a radical departure from past games, embracing its JRPG elements more than its beat-em-up predecessors. But Riesenbach noted there won’t be too much of a change in localization processes, despite the change in genre.

“There might be different kinds of system text and explanations of the mechanics and that kind of thing, but at its very core, it's still a Yakuza game with Yakuza story and Yakuza characters,” he said. “So the writing in every sense of the word is going to be approached in the same way it always has been in our modern localization style. It doesn't really change how we go about localizing the game.

“It's a different approach for the Japanese dev team, but at the end of the day, it's still a Yakuza game and everything story wise - both main story and goofy side stories and all that kind of stuff - it's still there. Nothing really changes on the localization front.”

Judgment's localization is a complete departure from where the series was over a decade ago. The fact that the localization team took the game and localized it twice, once in Japanese with English subtitles and again in English with subtitles, shows that Sega is paying close attention to how important localization has become to long-time fans and newcomers to the series.

Investing in talented, culturally sensitive localization experts could be the difference between a Yakuza: Judgment or a Persona 5 and a Yakuza 1. Localization continues to be an uphill battle, especially for maintaining the integrity of the content while taking into consideration the importance of the target region's needs. The localization process is never perfect, but continuing to evolve the process and understanding continues to create access to games that western players may not have had otherwise.