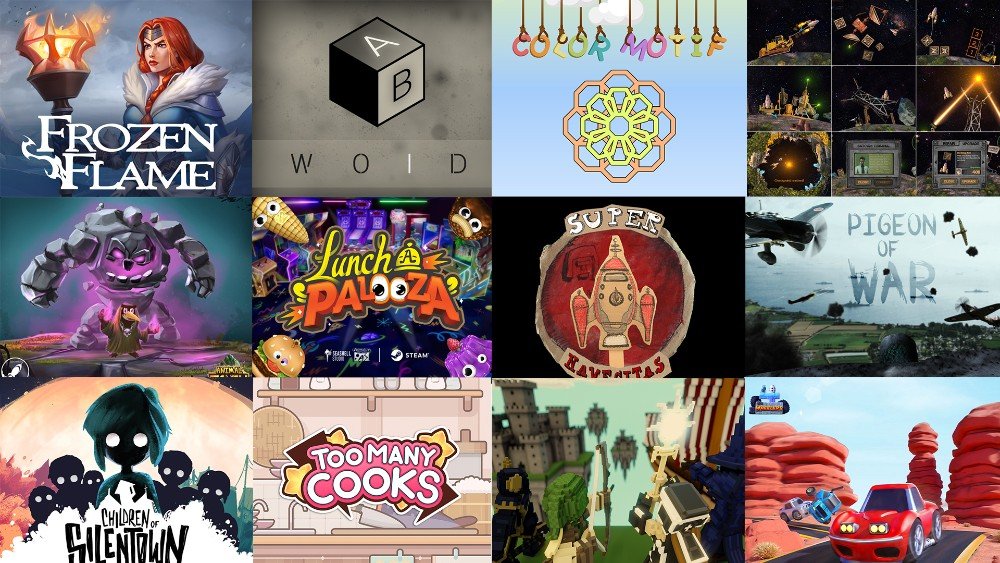 We're here with the games made outside Asia in our final installment of impressive games that are up for accolades during Indie Prize at GameDaily Connect Asia 2019.

Frozen Flame — a multiplayer online action RPG with unusual gaming mechanics. Players will explore the Arcana world, learn the flame magic, and constantly fight for the right to stay alive. Time is limited there and you need to try to find a way out before the cataclysm comes.

New, polished, relaxing, artistic puzzle game with lots of motifs and various difficulty levels. Color.Motif is an artistic puzzle game. It is a sequel of previous game award-winning Motif. In a relaxing puzzle environment, create your color-motif with given pieces. Start the game for free and use "In-App Purchase" to unlock more content. Color.Motif does not contain any ads.

You were suddenly kidnapped into space. Travel in space with a small spaceship, discover new planets, solve physics puzzles, do mining, and try to survive. Find a way to return to Earth.

A community of animals protect the source of the magical water that sprouts from the sacred higlands. They constantly fight against the sorcerer who represents the forest´s evil spirit. Who´s capable of unspeakable things to take possesion of the sacred highlands, and thus, open the bidimensional portal that will allow him to take control of the whole forest?

Lunch A Palooza is a fast-paced multiplayer party game where the goal is to be the last food standing. You must use special “attacks” to push other meals off the table, using food related items whilst dodging endemic enemies, as well as making use of power-ups and utilising traps to foil opponents. The dynamic stages are full of surprises which will make you laugh, scream, and want to play again and again.

This video game is a space shooter in which all the elements are made in cardboard. The game tells the story of Cafard, a Martian cockroach on his journey to Silcon Valley where the fate of his race and humanity will be decided.

Pigeon of War is an Adventure/Race Game. Battles of birds in World War Two. Timely delivery of messages in WW2 was crucial to win battles. Organize the secret system of racing pigeons and help those brave birds deliver the important messages of war.

Children of Silentown is a dark adventure game that tells the story of Lucy, a young girl growing up in a village deep in a forest inhabited by monsters. People disappearing is nothing uncommon in the village, but this time, Lucy is old enough to investigate on her own. Or so she thinks.

TOO MANY COOKS is a local cooperative party game for 3-6 (2-8 in future) players (iOS, Android, Amazon etc.) where your team works together to run a restaurant kitchen. Each player uses their own device to chop, steam, and wash their way to victory while sending items back and forth between the team. Each player can assign themselves tools like chopping boards and food crates. As a team, they will be passing around tools and ingredients while trying to figure out the best way to tackle each gauntlet of orders; featuring iconic foods from around the world!

TOO MANY COOKS is approachable and cute, with complexity focused on team dynamics. It's a fast-paced team-reliant experience packed into 150s - lots of talking guaranteed! It makes for a great pick-up-and-play game which fits neatly into a family games night, a train/car ride, or at an airport.

VoxelClicker is an Idle-RPG with a more classic approach to the RPG genre. The voxel art style gives VoxelClicker a beautiful and sometimes nostalgic look. Farm gold, items, and experience during the idle gameplay. Equip your hero with randomly generated items. Learn unique skills to further increase the power of your hero. Enhance your hero's attributes with each level up and farm materials to be used in the crafting system.

4Wheelers is a new kind of racing game. The gameplay is like soccer stars - you need to drag for aiming and power, release to move.