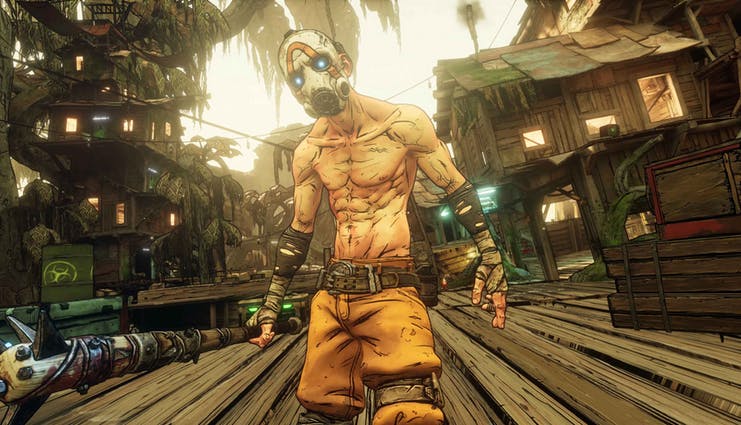 Take-Two Interactive has posted another strong quarter following its Q1 that showed a 39% jump in net revenue. For the second quarter, the publisher’s net revenue climbed 74% to $857.9 million, with digital accounting for 72% of the total and digital also increasing 72% to $615.8 million. Net income also climbed from $25.4 million a year ago to $71.8 million during this quarter, while net bookings grew 63% to $950.5 million.

NBA 2K continues to push live services for Take-Two as well. Not only is NBA 2K20 the best-selling game of 2019 in the U.S. to date (6 million units shipped), according to The NPD Group, but Zelnick noted on the call, “During the second quarter, recurrent consumer spending in NBA 2K grew 32% to a new record, and remained the single largest contributor to that category of our business. Engagement with NBA 2K20 also increased, driven by consistent new content schedule with daily active users up almost 20% compared to NBA 2K19, and MyCAREER and MyTEAM growing by more than 30% and 150% respectively. We expect lifetime net bookings from NBA 2K20 to set a new record for the series.”

Take-Two also attributed bookings growth to Red Dead Redemption 2 (26.5 million shipped) and Red Dead Online, Social Point’s mobile offerings, and WWE SuperCard and WWE 2K19. Meanwhile, GTA V has reached an incredible 115 million shipped around the world, with Zelnick labeling the Rockstar Games blockbuster “the standard-bearer for excellence in our industry and one of the most revered and successful entertainment experiences of all time.”

The publisher’s bottom line also enjoyed a nice boost from Gearbox Software’s Borderlands 3, which had previously shipped 5 million units in its first five days after launch and quickly became 2K’s fastest-selling game. Now the title is up to 7 million shipped, and Zelnick stressed that “70% of units were purchased digitally, setting a new record for a 2K cross-platform title.” Take-Two made it clear that it intends to leverage live services for Borderlands 3 going forward.

On October 24th, 2K launched Bloody Harvest, a free seasonal event for Borderlands 3, and the publisher said it “will continue to support Borderlands 3 with free seasonal content updates and rate like events called take-downs. In addition, 2K and Gearbox plan to release four major downloadable campaign expansions available collectively with the purchase of a Season Pass or individually upon release. The first of these DLC pass is scheduled to launch this winter.”

While not a contributor to the second quarter, the recent release of The Outer Worlds from Obsidian Entertainment and Take-Two’s Private Division label is “outperforming our expectations handily,” Zelnick said during a Q&A on the earnings call without providing any sales figures.

Thanks largely to the continued success of GTA V and GTA Online, Take-Two has raised its guidance for the full fiscal year. The company is raising its outlook to expect net bookings to range from $2.75 billion to $2.85 billion, along with GAAP net revenue in the range from $2.93 to $3.03 billion and GAAP net income in the range from $388 to $416 million.

With Sid Meier’s Civilization VI launching on both Xbox One and PlayStation 4 on November 22, and Take-Two actively supporting Google Stadia’s launch with Borderlands 3, NBA 2K20 and Red Dead Redemption 2, the publisher is optimistic for the holiday season, and Zelnick is more than confident in his company’s content pipeline.

“Looking ahead, Take-Two has the strongest development pipeline in its history, including sequels from our biggest franchises as well as exciting new IP. We are actively investing in emerging markets, platforms and business models, and are exceedingly well positioned to capitalize on the positive trends in our industry and to generate growth and margin expansion over the long-term,” he said.

Wedbush Securities analyst Michael Pachter agrees with Zelnick’s assessment, commenting in an investor’s note that Take-Two has a “powerhouse lineup for the next five years.”

Pachter explained, “Take-Two will likely continue to deliver recurring spending growth, will surely benefit from the launch and ramp of streaming services from Google, Microsoft, Sony, and likely Amazon, and stands to grow margin by managing the windows for the various console and streaming launches to minimize the distributors’ royalties. On balance, we think Take-Two is a compelling investment.”

He added, “It is impressive that Take-Two is likely to deliver flattish year-over-year revenues and earnings when facing a difficult comparison to last year’s 23 million units of sales for Red Dead Redemption 2. The company’s ability to maintain stable earnings in the face of a difficult comp is a testament to the skill of its management team, which put in place several initiatives over the past several years that has allowed Take-Two to grow its recurring revenues. We expect this performance to continue next year and beyond.”

Take-Two has not specified exactly what will comprise that content pipeline in the years ahead, but new titles from Private Division, a new BioShock, and updates to Rockstar franchises like Bully, Max Payne, Midnight Club, and an eventual GTA VI are all potential candidates. Investors are reacting positively so far, as Take-Two’s stock has risen around one percent to $117.86 as of publish time. The company is only slightly off pace from its 5-year high of $137.99 that it posted last September.