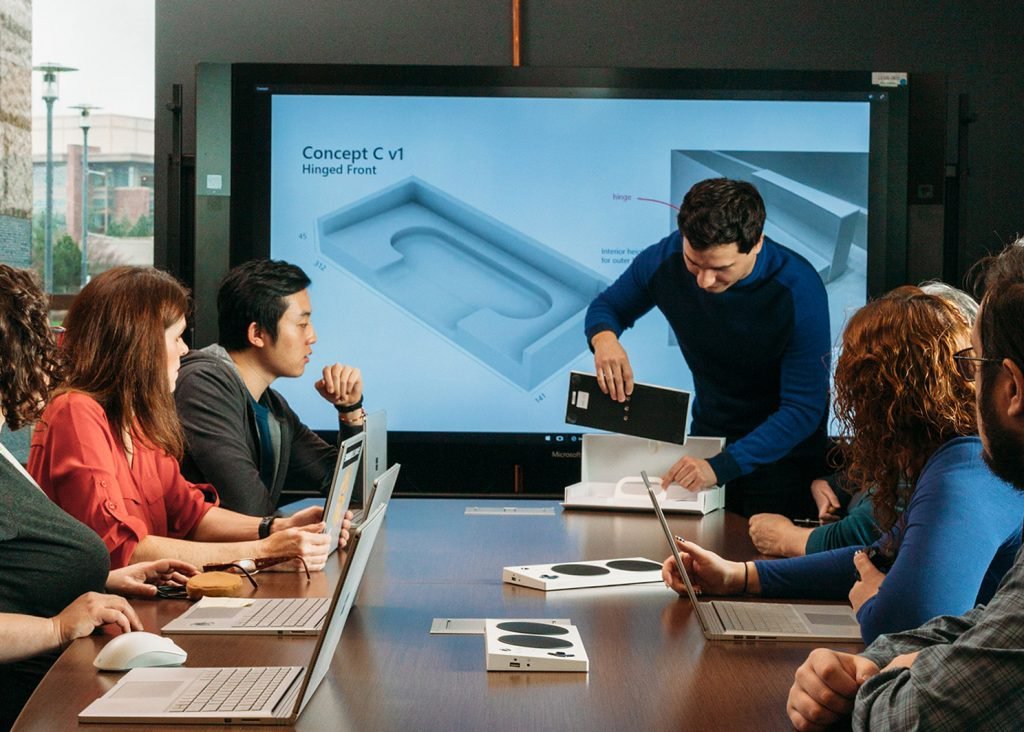 The Xbox Adaptive Controller has been an exercise in the evolution of inclusivity in gaming. Microsoft’s push towards gaming for everyone has been a gradual trickle over the last four years. The new Adaptive Controller, which we’ve talked to Tara Voekler about in an interview, epitomizes the act of walking the talk. The controller comes out in September and today, we got a glimpse of what the packaging looks like.

Packaging is always a problem. No one likes having to contend with zip ties and endless tape. But for those that having limited physical mobility, traditional packaging presents a whole host of other issues that go beyond mere irritation. In many cases, packaging can bar a person with physical disabilities from accessing their product either temporarily or indefinitely. Microsoft spent a long time trying to get the packaging right so that their customers won’t have to spend an inexorable amount of time trying to get at their product.

“The product team was putting so much diligence into getting the controller right that to not have a package that was thoughtfully and mindfully designed for the end user would have felt like a real miss,” Kevin Marshall, creative director of Microsoft’s Packaging Design Studio, said on Microsoft’s StoryLab.

“With this product in particular, we felt a heightened responsibility. We wanted to create a package that was clearly designed with the end user in mind, and we wanted it to feel like it was just part of our ecosystem,” he continued. “We wanted it to be empowering, but we didn’t want it to stand apart from any package we create.”

Microsoft packaging has become fairly streamlined over the years, especially as the company moved into the Surface Book and the Xbox One S, both of which have beautiful, minimalist packaging. But they needed to more than just guess at what accessible packaging looks and functions like for gamers with disabilities and physical limitations.

Solomon Romney, a Microsoft Stores retail learning specialist in Salt Lake City, UT, tested the packaging as it went through the prototyping process. “It’s great that we’ve created this controller for people to use, but if they can’t even get it out of the box, we’ve sort of fallen on our face with this whole process. This makes such a huge difference in how someone gets our device out of the package,” he said. “I still think about it and think, why isn’t more packaging like this?”

Evolution starts somewhere and it usually starts small. Mark Weiser, the designer behind the accessible packaging, started the process by looking for examples of other accessible packaging. He didn’t find much and what he did find wasn’t pleasant or particularly aesthetically pleasing. Something that many people tend not to consider, unless they’re forced to, is how often we rely on our teeth to open packages. Design researcher Scott Wang spoke with a number of different gamers who provided “key insights, including one main stipulation — no teeth. They told Wang about using their teeth to open everything from cereal boxes to beer bottles. If nothing else, they said, the box should not require teeth to open.”

The result of their hard work and research, as well as paying very close attention to how those with physical disabilities interact with packaging to make it better, was the accessible nature of the packaging that the Adaptive Controller will be shipped in. Microsoft isn’t content to let their accessible packaging efforts sit on one product, either. Marshall noted that it’s “changing how we’re looking at packaging.” It could be that we see a lateral shift in all Microsoft’s physical packaging in the future, but these things take time.

“It was a really powerful experience,” Marshall said. “I don’t think you realize, until you’re required to think differently, what you take for granted. As a designer, when you see things through a completely different lens, it’s paradigm-shifting.”

The Xbox Adaptive Controller will be available for $99.99 in September.