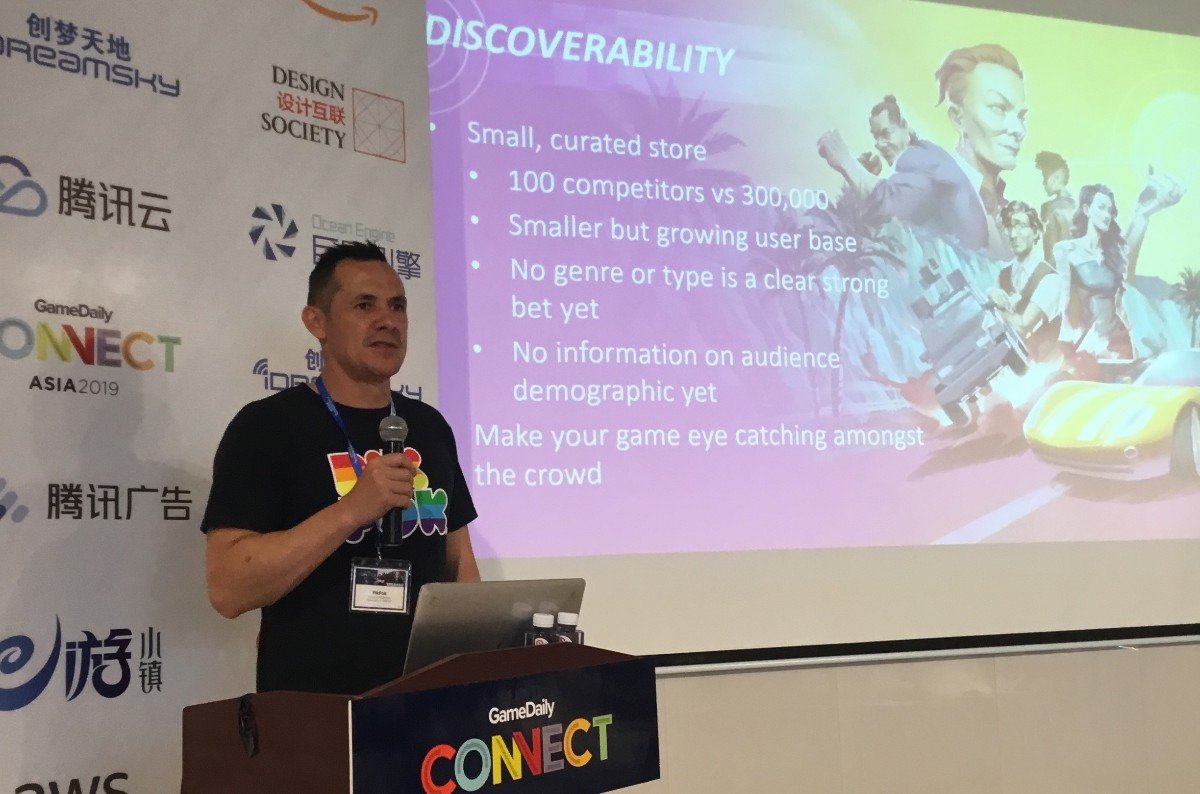 Tyrone McAuley is no stranger to the gaming subscription model. As the Operations Director of New Zealand-based mobile games studio PikPok, his studio has already developed and published several videogames with subscription models across mobile, PC and console platforms, while boasting of at least 380 million self-published mobile downloads. Yet, he admitted that publishing on Apple Arcade had been challenging. One reason is the platform’s stringent data privacy policy, which has made it difficult for the studio to monitor how well their games are doing on the platform.

“There are a few intricacies of developing for the Arcade,” said McAuley. “The key thing you really need to pay attention to is data privacy. This is an extremely high priority for Apple, so much so that there’s absolutely no data collection on the platform… which also makes it really hard to envision and improve.”

Ever since becoming a launch partner of Apple Arcade—a content subscription model akin to Netflix that begun only last month—PikPok has launched Agent Intercept, a high-octane driving game that puts you in the shoes of a renowned spy. This was bolstered by McAuley’s previous experiences with leveraging subscriptions for his studio’s games: their puzzle RPG mobile game, Shadow Wars, back in 2016, as well as mobile zombie action game, Into The Dead 2.

McAuley said that implementing subscription-specific features was relatively straightforward for Shadow Wars. To incentivize players, they are given freebies like daily drops of in-game currency, and daily summons of monsters. “One thing that took a while to get right is tracking subscription states,” he added. “It’s fairly tricky. There are a lot of indicators in terms of users subscribing and unsubscribing, renewing and not renewing.” Eventually, the results from Shadow Wars’ subscription model were positive enough for the studio to include a similar one to Into The Dead 2 at launch.

McAuley also mentioned that Into The Dead 2 builds upon the subscription features of Shadow Wars. At the same time, it’s also a lot heavier on narrative as compared to the original, while featuring in-depth weapon upgrades. This is done to amplify the value of playing, rather than offering players a shortcut for their gaming experience, like “an expensive coin doubler.”

The studio also strived to make the subscription option a lot more visible and desirable, so that it’s not just perceived as pay-to-win. To encourage people to play more each day, they also offered players the option to become a VIP subscriber with valuable incentives. As compared to Shadow Wars, McAuley believes that being a VIP subscriber in Into The Dead 2 offers a lot more value.

“We spend a lot of time trying to make the prominence of being a subscriber pretty much throughout the game,” he said. “You can see here that when you need game tokens, you’re reminded that if you become a VIP, you can get this amount of tokens.” While unlocking gacha boxes or lockboxes, players are reminded they can get additional weapons as a VIP subscriber. They gain access to additional missions and rewards, and even bragging rights with a VIP badge tagged to their names on the leaderboards. Of course, the visibility of all these efforts double up as advertisements for the subscription option too.

“We want them to feel good about their purchase. It’s important that we continue to show them the value they get throughout the experience,” noted McAuley. PikPok later added a subscription package that McAuley referred to as introductory pricing, where the subscriber can get a discounted rate for their first month. If they want to, they can eventually pay the full price for the upcoming months, or simply cancel the subscription.

These efforts paid off remarkably for PikPok, with Into The Dead 2 seeing high engagement and retention rates. McAuley mentioned that players tend to renew their subscription frequently, with the average renewal rate being pegged at 86%. Plus, 58% of players did proceed to sign on for a full subscription after getting it at the much cheaper introductory pricing.

It certainly pays to include subscription options early; in his talk, McAuley also noted that uptake is especially high when they are included at launch. Players, too, tend to respond positively if they know that subscriptions do not offer unfair advantages. He added that it’s important to stay aware of what your studio is offering, and to keep revisiting your subscription offers. Emphasizing the difficulty of tracking subscription, he reminded the audience that potential problems are rife in revenue reporting and attribution. “Spend the time to really double, triple, quadruple check all these numbers,” he stressed.

Going back to Apple Arcade, McAuley believes that Apple will soon be making use of its wide array of services—from news to music—to offer bundled services. “We see a number of large companies producing transmedia or multi-media content subscription services, and we are seeing a lot of them also present bundling options. We think Apple will be doing the same,” he said.

Unlike Steam’s overcrowded marketplace, Apple favors a curated approach to selecting their gaming content, with around 100 curated games available at launch—with more added every month. What sets the platform apart from Google Play Pass is that many of these are new and exclusive to the Apple platform.

While he can’t discuss more about the workings of Apple Arcade “because of disclosure reasons,” McAuley still shared a few precious insights for the audience. For instance, one of the things that makes Apple Arcade so distinct as a platform is discoverability. “It’s a very small store, a curated store, which means it’s easier to get noticed on the store. That’s really, really positive. You basically have 100 apps versus 300,000 on the [Android] app store, so this means it’s much much easier to get noticed,” he remarked.

The downside, however, is that the audience is smaller, although it looks to be growing. No genre particularly stands out in the platform as well, and there is also zero information on the audience demographic yet. Apple also do not allow monetization on the platform; this means there can be no ads and in-app purchases in the game—thus, there’s a bigger focus on keeping players engaged, to basically monetize their time instead.

Another key difference between the games in most app stores versus Apple Arcade is that the scores awarded by users are generally lower in the latter. McAuley believes that this is because everyone who are using the service are paying to gain access to the games, which increases their expectations.

“We observed a few things with content consumption. When we look at other games that are on the platform, people are downloading lots and lots of games and trying them out,” he noted. “They may be attached to one, or they are only playing a few.” Churn rates for games are quite quick as well. McAuley explained why with an analogy: like a kid in a candy store, players are able to pick up and play many of these games, since the play options are seemingly limitless. They either go through these games really rapidly, or take their time to consume them.

Fortunately, even with data privacy constraints Apple has implemented, the company has recently opened up to share some app sales results with developers. With Apple’s dashboard, they can now see the number of downloads, sales and retention—although anything beyond that will be impossible to find out.

Apple Arcade is still in its early days, and McAuley believes there is still a lot to learn about releasing games on this unique platform. “We don’t know about the audience size and composition, and we still don’t properly know how best to engage, retain and monetize. It also doesn’t monetize well,” he added. “But Apple does offer a great platform to be discovered, since it’s smaller than the regular app store. What we’ve seen so far is encouraging. The revenue is stable and predictable, and it’s consistent, which I know, for a number of companies, is a good thing. If that appeals to you, then Apple Arcade can be a good platform.”