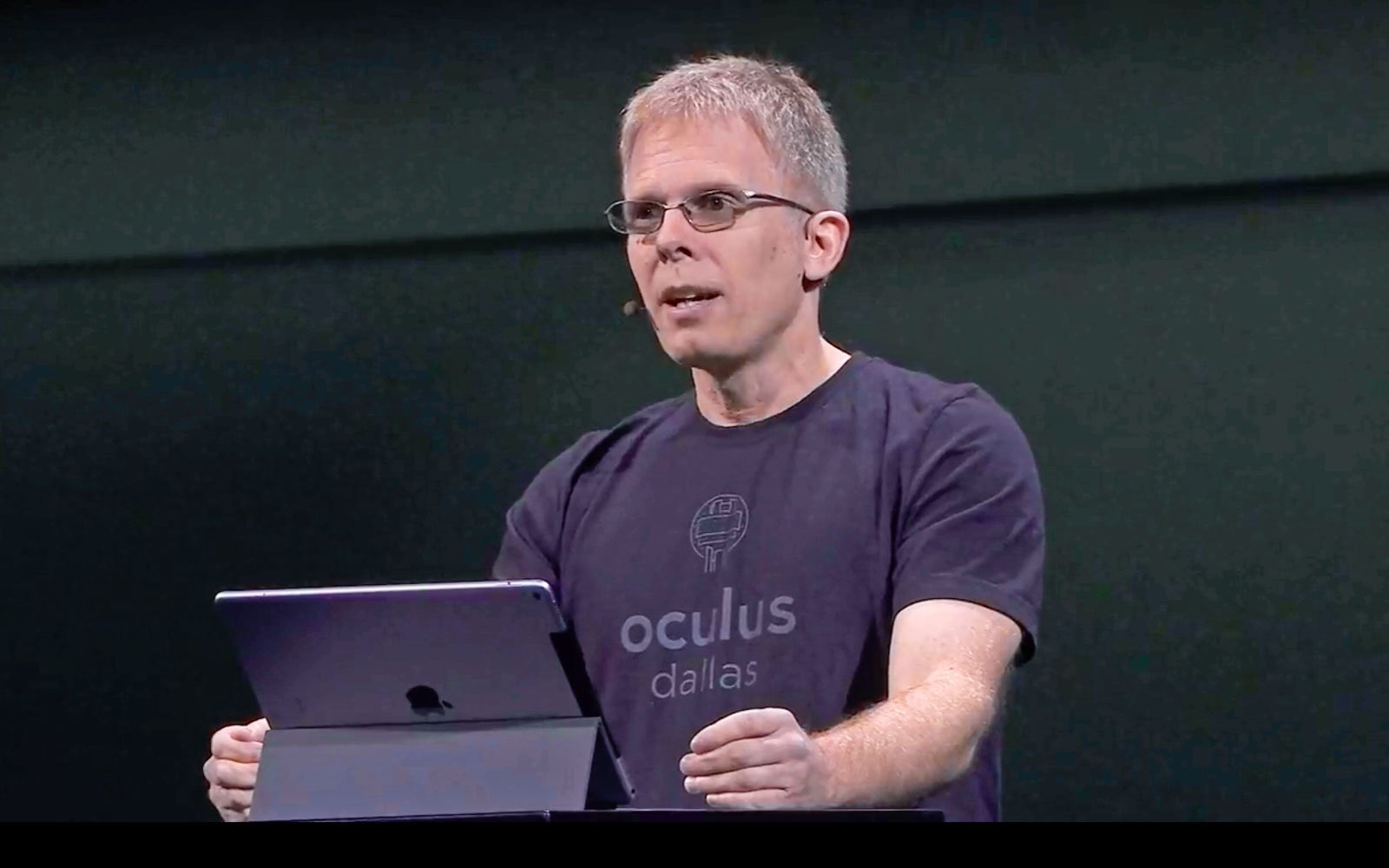 Oculus chief technology officer John Carmack revealed in a Facebook post today that he’s no longer going to be working in a full-time capacity for the VR company, but will instead serve Oculus in a more limited consulting role while he pursues the field of artificial intelligence. Carmack was not a founder at Oculus, which was founded in 2012, but he was one of the earlier members of the team, having joined the outfit in 2013 just months prior to Facebook’s big $2 billion acquisition.

Facebook has seen a fair amount of upheaval at Oculus since the acquisition, with the last remaining co-founder, Nate Mitchell, leaving the company back in August. Mitchell’s departure followed a series of other founding members, including Jack McCauley, Palmer Luckey (who ultimately left after it was revealed he was supporting a pro-Trump "shitposting" group), Brendan Iribe last year, and Michael Antonov earlier this year. A week after Mitchell announced his exit, Max Cohen, who led the mobile VR efforts at Oculus, also left the company.

Rumors had swirled for some time about disagreements between Facebook and the original Oculus team about the direction the company was heading in and how the VR technology should be evolving. In the cases of Iribe and Mitchell, as we originally reported, it’s possible that stock options and not wanting to leave millions on the table factored into the timetables for their exits.

For Carmack, the picture is less clear. Carmack was a focal point in a lengthy legal battle between his old employer (Zenimax) and Oculus, in which the former accused him of stealing trade secrets. The litigation is now in the past, but the co-founder of id Software (Quake, Doom, Wolfenstein) is a world renowned programmer and thoroughly enjoys geeking out in public forums like Twitter, so it’s not impossible that this move is truly driven by his passion for AI. That said, it’s likely a combination of interests in the advancing AI field along with some dissatisfaction with Oculus’ progression.

As SuperData Principal Analyst Carter Rogers remarked to GameDaily, “Oculus has been focusing more on devices with mass-market potential like the Quest and less on bleeding-edge technology. While this is likely the right business move, it’s probably not what all members of the Oculus old guard originally signed up for. Just days ago, Carmack said he wasn’t satisfied with advancements in VR. Moving on to AI gives him the opportunity to work in a field he might feel is more exciting at the moment.

In his Facebook post announcing his move, Carmack explained, “I will still have a voice in the development work [at Oculus], but it will only be consuming a modest slice of my time. As for what I am going to be doing with the rest of my time: When I think back over everything I have done across games, aerospace, and VR, I have always felt that I had at least a vague ‘line of sight’ to the solutions, even if they were unconventional or unproven. I have sometimes wondered how I would fare with a problem where the solution really isn’t in sight. I decided that I should give it a try before I get too old.

“I’m going to work on artificial general intelligence (AGI). I think it is possible, enormously valuable, and that I have a non-negligible chance of making a difference there, so by a Pascal’s Mugging sort of logic, I should be working on it.”

AGI is a very specific kind of AI or superintelligence. It’s what many in the AI field are striving for and what also terrifies some in the community: when an AI passes the Turing Test and can learn and understand anything a human being can. OpenAI CTO Greg Brockman previously told GameDaily that he and the OpenAI team are looking to ensure that AGI is created responsibly.

“The core danger is that AGI has the potential to cause rapid change,” he told us last year. “Whether that's a malicious actor supporting deploy systems, whether that's a system that just doesn't do what it was designed to do that goes a little off the rails, or whether it's really just an economy that's just being owned by a very small number of people that has just kind of grown for its own sake and isn’t resulting in improvements in human lives.”

Carmack is one of the brightest minds in not just games, but technology as a whole. For the sake of humanity, here’s hoping that his contributions to the field of AI help keep the machines on our side.