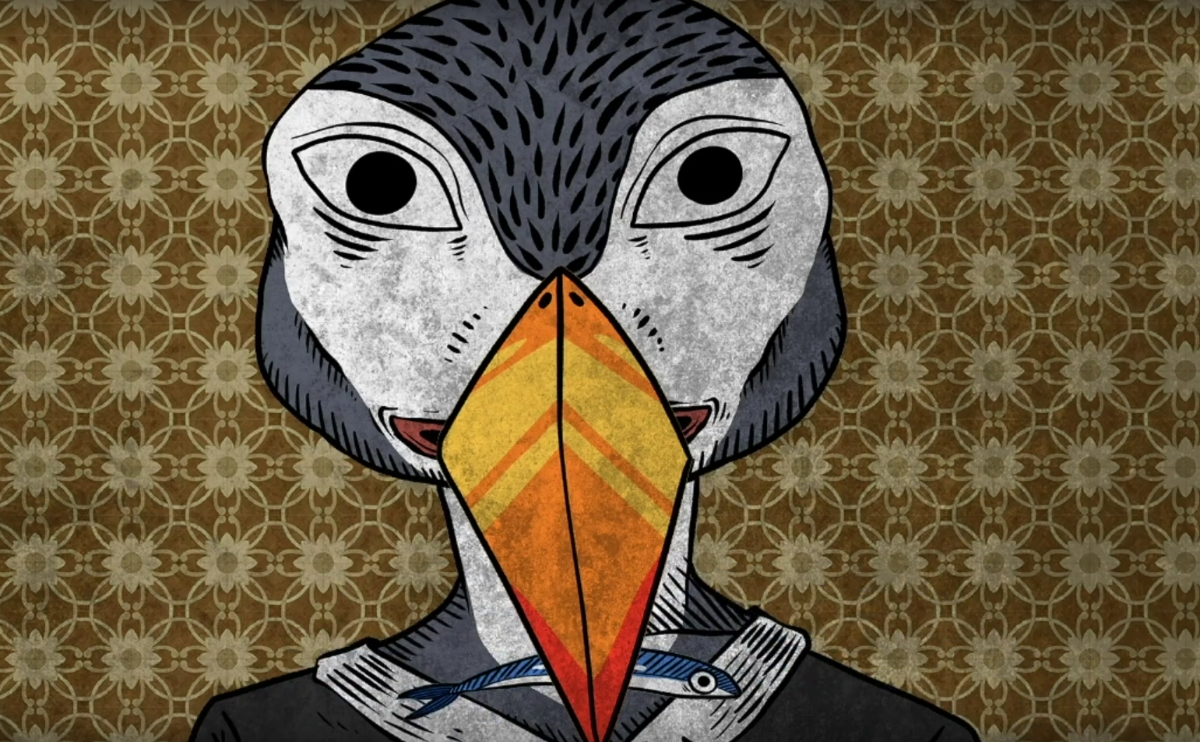 Life Gallery takes the player on a surreal journey, telling a story through puzzles that each carry their own quirky, dream-like logic. Whether through shape-changing fish into just the right creatures, mashing the right insects to smoke their remains, or clearing a vision in a cyclops’ telescope, you’ll steadily follow its winding narrative as you learn what each of its strange worlds want.

This exercise in meandering through a fantastic, eerie wonderland earned IdleDream Games an Indie Prize for Best Kids and Family Game at GameDaily Connect Asia 2019. That’s especially impressive for a group of new developers.

“Half of our team members are still college students, and the other half just graduated from college,” said Johnny Chen of IdleDream Studios. “We are basically just some newbies in the industry, having limited experience and reputation. We'd say that becoming this year's Indie Prize winner has made our beginning studio and our game gain more awareness and recognition.”

As new developers about to face the challenging world of game creation, it made a lot of sense for the members of IdleDream Games to band together. “We are a bunch of video game enthusiasts who also majored in video game design in college. At that time, as graduation grew near, we decided to start making a mobile game as a first attempt at game creation It would also serve as good portfolio material for job hunting in the future. As we were developing our game, we found ourselves willing to commit to the video game industry, and eventually we started our own studio,” said Chen.

With the huge potential audience offered by the mobile market, it made sense to get to work on creating a mobile title. Not only would it give them a chance of finding success on their own, it would also make for a handy tool to show their talents to the many mobile development studios around the world. It was a smart use of their time right out of the gate.

This naturally came with some challenges for a new studio and student/recently graduated developers. “With limited video game design experience, we hadn't quite figured out how to deal with the game's playability, so it took a while for us to bring in a more straightforward, organic gameplay to the players,” Chen noted.

This might explain some of the surreal puzzle solving of Life Gallery. These unique stories and puzzles that came out of that inexperience may have been troubling for making the game comfortable and understandable for some players, yet it also encouraged the developers to take some risks with the play style. That inexperience lead to a unique, striking story filled with intriguing puzzles that impressed the judges of Indie Prize.

This has given Chen some much needed confidence in the power of finding your own way in games, and how you can turn your weaknesses into strengths in unexpected ways. When asked what advice he would give other developers, Chen replied “Try utilizing more diverse art styles and gameplay styles. There is no need to follow mainstream rules or trends. In fact, we have enjoyed finding our own rules.”

Life Gallery’s unusual visual and play style might not have existed without the studio taking risks on them – risks they might not have intended had they had a bit more time in the industry. They turned that inexperience into a game that pushed the boundaries of narrative and play style, though, creating something captivating in the process.

IdleDream Games is coming close to releasing their dream-like vision to the world. “We have been developing this game for almost five months. As of today, the development progress of Life Gallery reached 80%. There is still the development of the concluding part of the story waiting to be finished. Life Gallery is expected to launch on App Store and Google Play this January,” said Chen.

Even with the award under their belt, there’s still some nervousness about the indie game market in the developer’s native Taiwan. Still, Chen is hopeful for his future there. “Given the circumstances in Taiwan, indie game studios barely live, but still, there are ones that managed to run their studios well. Therefore, we think, in this kind of tough condition, the good stuff is still able to shine in the video game market.”

Part of that hope came from meeting new developers at GameDaily Connect Asia, learning about how the pros have been handling the business of games across the world.

“We got to know some video game developers and distributors at GameDaily Connect who were much more professional and more motivated than the ones we had ever approached before. So, we have to think and do better and harder as they do,” said Chen.

While new challenges still rise up to meet them, they’ve already learned a vital lesson in creating something fresh with their unique perspective. While they were inexperienced as developers, they used that inexperience to try things that went against conventional knowledge to make something that stood out, helping them shine as only they could. Others might not have designed a game like they did, but they made that work for them.

And they intend to keep making it work for them as they move forward into the future. “This January, Life Gallery will be available on both App Store and Google Play. In addition, we are planning on starting our second video game. We hope you keep supporting us and enjoy Life Gallery.”