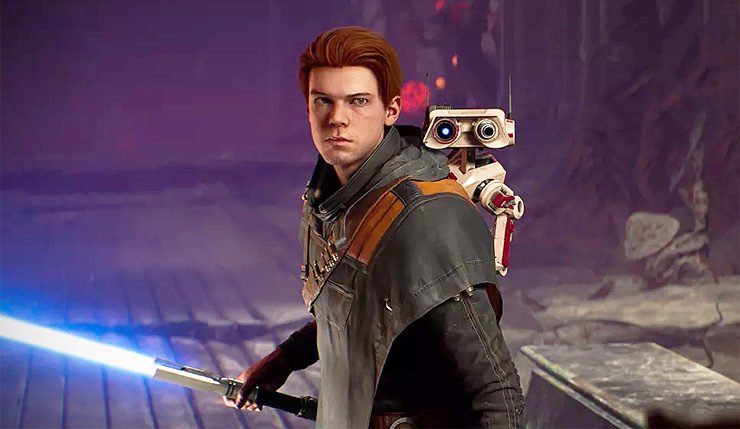 Electronic Arts, along with developer Respawn Entertainment and Lucasfilm, sent out a news release this morning to trumpet the “fastest-selling digital launch” ever for a Star Wars video game, with Star Wars Jedi: Fallen Order apparently performing better in its first two weeks than previous Star Wars games from EA. At the same time, it’s now EA’s “top-selling Star Wars title on PC in its initial launch window.”

What does this mean? Not much, if you ask those in the analyst community. That’s not to say that the game isn’t doing well, but with EA deliberately not including any data point whatsoever in its announcement (and GameDaily asked for more), it’s hard to gauge. Wedbush Securities analyst Michael Pachter remarked to GameDaily that other AAA games, like Call of Duty: Modern Warfare and EA’s own FIFA franchise, have clearly been outperforming Fallen Order, as has the newest Pokemon which sold 6 million in its first week already.

“It’s kind of a non-statement,” he said when asked about the EA news. “Nobody can track first two weeks’ sales, and their statement that it was the ‘biggest digital launch’ means nothing more than they sold more copies digitally than they did for Star Wars Battlefront 1 or 2.

“Given the growth in the installed base of next generation consoles, it’s not surprising that more people would download the new game compared to the 2015 or 2017 versions. Battlefront 1 sold 14 million during the fiscal year and Battlefront 2 sold 8 million, so I presume that BF1 sales were higher in digital form over the first two weeks. Assuming a 25% download rate of the first one, it’s likely that the download rate was 50% on this one, so sales might be tracking to 7 million or so. Of course, they might be tracking to a much higher figure, but the press release is so unclear as to be virtually worthless as an indicator.”

Wedbush has modeled Fallen Order to sell about 6 million units this quarter, but Pachter noted that the game may be on pace to exceed that. Interestingly, despite EA’s focus on digital sales, Pachter still believes that the game will see a greater portion of its sales from physical units at retail. Star Wars’ brand recognition is so high that games in the franchise tend to do well as physical gifts during the holidays.

“The majority of sales are retail units, but digital spikes early (it’s convenient) and late (the long tail of catalog). My guess is that it will end up at 40% of overall units, but was probably 50% early on,” Pachter explained.

For Apex Legends and Titanfall developer Respawn Entertainment, the solid launch with one of the biggest licenses in the world is yet another feather in the studio’s impressive hat.

“Telling a story in the Star Wars galaxy is a dream come true and the reception from the fans has been incredible,” said Vince Zampella, Head of Respawn. “With the launch of the game, the debut of The Mandalorian and the upcoming release of Star Wars: The Rise of Skywalker, it’s a great time to be a Star Wars fan!”

As Zampella alluded to, Star Wars mania is certainly on the rise, with the launch of Disney Plus and The Mandalorian, soon to be followed by The Rise of Skywalker at theaters. While this probably hasn’t had a huge impact on Fallen Order’s sales yet, Pachter does think it’ll provide some benefit to EA as we get a bit closer to Skywalker’s release.

The good news for fans of grand, single-player narrative games, is that Fallen Order’s reception seems to demonstrate that there’s a real market for titles that aren’t laser focused on multiplayer matches and live services. Bethesda and Sony don’t have to be the only ones to leverage this part of the market. It’s a shame that Amy Hennig wasn’t given the chance to see her own Star Wars single-player game through at Visceral, but Respawn’s close collaboration with Lucasfilm has filled that gap admirably.

"Star Wars Jedi: Fallen Order demonstrates the amazing potential for original storytelling in Star Wars games,” said Sean Shoptaw, SVP, Games and Interactive Experiences, Disney Parks, Experiences and Products. "The close collaboration between Respawn and Lucasfilm is a perfect example of how we can deliver an experience for fans that is authentic to the stories and worlds they love, while also being an incredibly fun and innovative game. With the fantastic reception and launch so far, Star Wars Jedi: Fallen Order has proven to be the must-play game this holiday.”

Fallen Order has a more than respectable metascore of 82, and while it may not be as innovative as Shoptaw claims, it is undeniably fun. In the world of games, that’s what counts. Should EA rack up sales of 7 million units or more this holiday season, there’s a good chance that we’ll be seeing more of the Fallen Order story unfold in a sequel for next-gen consoles.