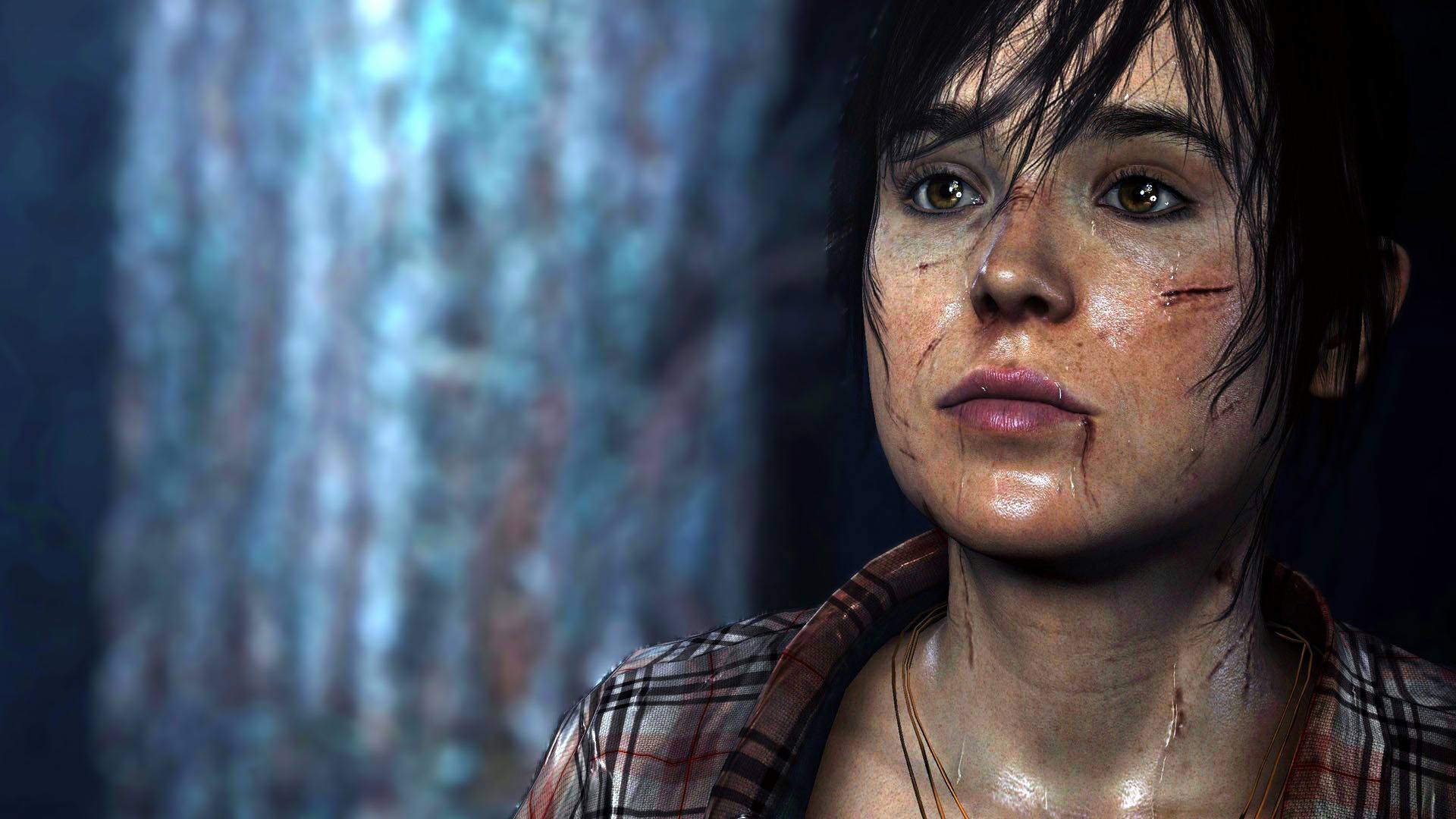 Caroline Marchal’s extensive work at Quantic Dream, where she had lead roles on both Heavy Rain and Beyond: Two Souls, gives her strong insight into developing narrative-heavy games on a triple-A level. After over a decade at the company, plus a couple of years developing innovative storytelling concepts at PlayStation, Marchal has struck out on her own to found a new studio. Interior Night is focused on innovating in the narrative games space, giving her the freedom to explore that without triple-A overheads and any risk aversion typically associated with big budget projects.

“We founded Interior Night a year and a half ago,” Marchal explains. “It was just me at first and people started joining at the end of last year. It's been a really good journey so far. We've gone up to 20 people quite fast, but always with a sense that these are the right people we're getting in, which is really good. That's the thing I wanted to be really careful about.

“All of last year, I spent a lot of time finding the directors who would work with me. Cinematic director, art director, tech director. Then these people build their own team. It's really nice. We don't have an even split of men and women, because you can't really do that. But we have a good 40 to 45 percent women. And some people are from France, some from Britain, some from elsewhere. We've got a mix of people and I think that's important for what we're doing. I wanted to make sure that we're not telling the story of a specific group and gender for that specific group and gender.”

For Marchal this diversity is one of the keys to innovating in any area of the games industry, but particularly from a storytelling perspective. The industry’s biggest surprises come from new people trying new things.

“We are seeing more and more voices,” Marchal says. “Creative people from different horizons, different countries, different genders all getting their voices heard. I think it's just happening at the moment and it's very exciting! You have smaller studios crafting really different experiences with a level of mastery that's really impressive. Like What Remains Of Edith Finch. It's like wow, this is really different. Very polished. It took them a long time to get there, but that's okay. That makes it even more impressive, in my opinion, because when games take a long time usually something's wrong and they ended up doing something really good. You want more voices like that.”

God of War's story was praised because I think people in this genre, action adventure triple-A, don't expect good quality stories, They expect it from Naughty Dog, but not from anyone else really.

The indie scene is becoming the place to be for developers looking to push the boundaries of storytelling in games, as triple-A titles largely focus on mechanics and world scope. That isn’t to say that there aren’t triple-A games with good stories, but they’re not pushing the limits of the medium in the ways that more niche indies titles do.

“God of War's story was praised because I think people in this genre, action adventure triple-A, don't expect good quality stories,” Marchal says. “They expect it from Naughty Dog, but not from anyone else really, so it came as a surprise. But if only the story was good no-one would have played it, to be honest. Because it's in the action genre, so the gameplay has to be good.

“When I play God of War, I'm not playing for the story first. If the story is good, that's fine. That's a plus. I'm happy. But I think true innovations and really ballsy stuff at the moment happen in the indie world. It might mean that these games are sometimes smallish but they are niche for different reasons as well, because of production values and distribution. How is the public even aware of them? God of War had a massive marketing campaign so everybody knows about it, but it doesn't happen with Oxenfree, obviously. It's more word of mouth. But they need less success to be successful, in the sense that they don't cost millions and millions to make.”

Not having to cover enormous overheads and play it safe means that indie developers can take risks. They can create things that don’t already have a proven audience, whether that’s a new IP or an entirely new game type.

“Usually you're surprised with the level of accomplishment and polish there is in triple-A,” Marchal says. “But I'm not seeing new techniques or new things that really surprise me in there. And that's fine because it's really, really well done and just doing something really, really well has value as well. Whereas indie, they try crazy stuff. Story Untold, crazy! Her Story, crazy. Oxenfree, amazing dialogue system. I can't believe it.

Games are long. Most of them are not movie length, they're closer to TV series. So this is where you can learn about pacing, [and] what a proper cliffhanger is. All that story theory.

The level of accessibility that Interior Night is working towards will mean that anyone, even if they’ve never played a game in their life, will be able to get involved.

“It's about reaching clarity and simplicity, which is actually really hard,” Marchal explains. “Bad game design is complexity, often. Overcomplexity. So it's about reaching that simplicity and clarity so that people don't even think about mechanics. They don't even know they're playing a game, but it's 100 percent a game; they're just engrossed with the characters in the story. The mechanics are not at the forefront and it becomes almost subconscious.”

One area of inspiration for these projects is the world of TV, specifically the writing. Marchal believes that the best writing on the planet, right now, is happening in the TV space.

“I'm really interested in TV series, because this is where at the moment the best writing is,” Marchal says. “So I'm trying to bridge that gap, bring that quality of writing. It sounds pretentious but that's the ambition.

“Games are long. Most of them are not movie length, they're closer to TV series. So this is where you can learn about pacing, [and] what a proper cliffhanger is. All that story theory.”

Developers can learn a lot from other forms of media when it comes to writing. Even though there’s a layer of interactivity that is unique to the medium, there are basic principles that often get neglected in narrative games.

“Games can learn how to create great characters from traditional media,” Marchal says. “TV, film and books are good at creating compelling characters. They could learn also about narrative drive. Some games tend to be over-plotty. They focus on plot and not on characters and you actually realize plot is... You don't remember plot. It's just boring.”

Taking those basics and making the most of the inherent interactivity of games as a medium is what will allow you to create the best stories, Marchal argues. That means giving players more of a say over their character’s actions within the narrative -- options that can make one player’s story completely different from another’s.

“I think at the moment sometimes there's a missed opportunity to give players control over the character arc,” Marchal says. “Why? Because it's hard to create a story that works with different character arcs. It's doable though. But you know we say, 'Oh if you don't have agency in the gameplay, it's not a game'. Why don’t we say that about story? If you're playing a game with a story why would it be linear while there’s all this gameplay agency underneath that doesn't change anything in the narrative?

“I think it's important to give players the ability to make some meaningful choices for their character along the way. You don't have to have many! But when you do, it enables players to really make personal choices about their character and being themselves, so they get insight and the game really resonates with them. This is a way to empower the players at every level.

“So that empowers the players and it also allows the game to resonate with more people because people are able to make those choices. Take the example of The Last of Us. Great story. The ending was quite controversial.”

The Last of Us’ ending was totally scripted and didn’t give the player an opportunity to change the outcome, even though many were desperate to do so.

“I know it's not easy and you can't do it in every game, but if you can allow the player to make these final decisions that will make it more meaningful,” Marchal argues. “Narrative games do that really well usually. Life is Strange did it really well.”

It seems that, in Marchal’s eyes, the death of the author has never been more relevant than in the world of games. Isn't that the role of the storyteller to give you the story that you don't necessarily want but the one that you need?

“If I'm in a linear, non-interactive medium I'd say yes,” Marchal counters. “I think if I'm in an interactive medium I want the storyteller to become a thought provoker and present me with a theme and let me solve the story the way I want to. And even if I played The Last of Us and I ended up doing the same choice as the writers did in the first place, that’s fine. It just empowers me more because I was actively doing it.

“I think that's the main difference in writing for games, that you write on a theme, not to deliver a specific message. If you want to make it interactive, that is. If you want to keep it linear, well that's the same job as traditional media. But if you want to go a step further, then you make it interactive and you enable players to choose what kind of changes they make, what character arc they want. The player starts with a flaw, a problem. Will they solve it, fail to solve it or will they actually embrace their flaw? If you can make this, I think there's something to gain there and really create an emotional bond that's really strong.”