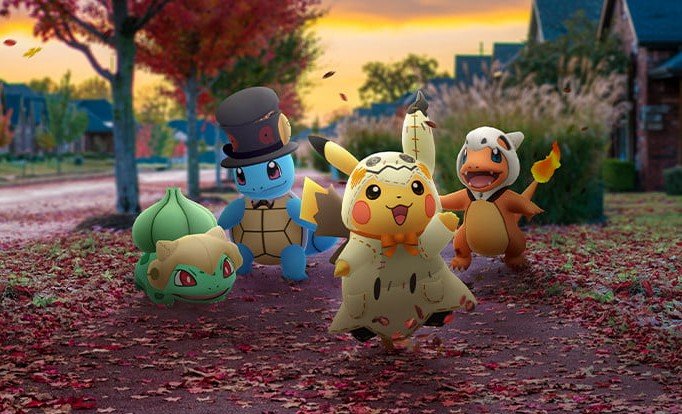 Niantic made its name in the augmented reality space with games like Ingress, Harry Potter: Wizards Unite, and of course the multi-billion dollar juggernaut Pokémon GO. Now, the developer has announced its intent to manufacture AR glasses and a software platform--among other endeavors--via a partnership with telecommunications giant Qualcomm.

“We’re looking forward to helping move the entire AR industry forward as we work together with Qualcomm Technologies to define a true end-to-end architecture--inclusive of hardware, software, and cloud technologies,” Niantic co-founder and CEO Phil Keslin said in an announcement post.

The initial announcement was made this week at Qualcomm’s annual Snapdragon Technology Summit. As part of the partnership, the resultant products will first be optimized for Qualcomm’s Snapdragon XR2 extended reality platform, as well as Niantic’s Real World platform. The hope is that Niantic’s recent efforts to cater to third-party AR devs can help to propel the technology further into the mainstream. According to analyst group SuperData, AR-based apps like TikTok and Snapchat have normalized augmented reality for many consumers. Still, there’s a ways to go, especially on the hardware front, if augmented reality is to ever reach the level of saturation many technology firms are hoping for.

“As for glasses or headset-based AR, there are three main barriers to adoption: price, fashion and a lack of compelling content,” Carter Rogers, principal analyst at SuperData told GameDaily. “The current versions of headsets like the Microsoft HoloLens and Magic Leap are much too expensive and bulky for mainstream consumers. We also haven’t seen much in the way of must-play games for AR headsets yet.”

“By joining the program, creators can expect access to Niantic opportunities, the first of which will be the Niantic Beyond Reality Fund,” the announcement reads. “This new fund is designed to bring inspiring, innovative real-world AR projects to life - from early prototypes to complete commercial experiences. The Beyond Reality Fund will give creators the opportunity to pitch their ideas directly to Niantic to secure funding and kick-start their creations.”

For Rogers, Niantic’s partnership with Qualcomm makes sense thanks to the historic focus on AR on the part of both companies. However, those obstacles--the price and appeal--are the biggest hurdles the technology needs to overcome. And considering how fresh the collaboration is, it’s unlikely we’ll see any significant outcomes any time soon.

“We’re not about to see a Qualcomm-branded AR headset on store shelves anytime soon,” Rogers explained. “Instead, this partnership should inform a reference hardware design that consumer hardware manufacturers can adapt for their own AR or mixed reality products.”

Fueled and funded by Pokémon GO, Niantic is now free to explore other potential AR technologies, and this partnership with Qualcomm should help it to that end. For years, Niantic has insisted that readily available AR glasses is the ultimate goal for the format, and it seems to be prepared to commit to that avenue through the Creator Program and its deal with Qualcomm. Hopefully soon we’ll get to see the fruits of years of labor on the augmented reality front.