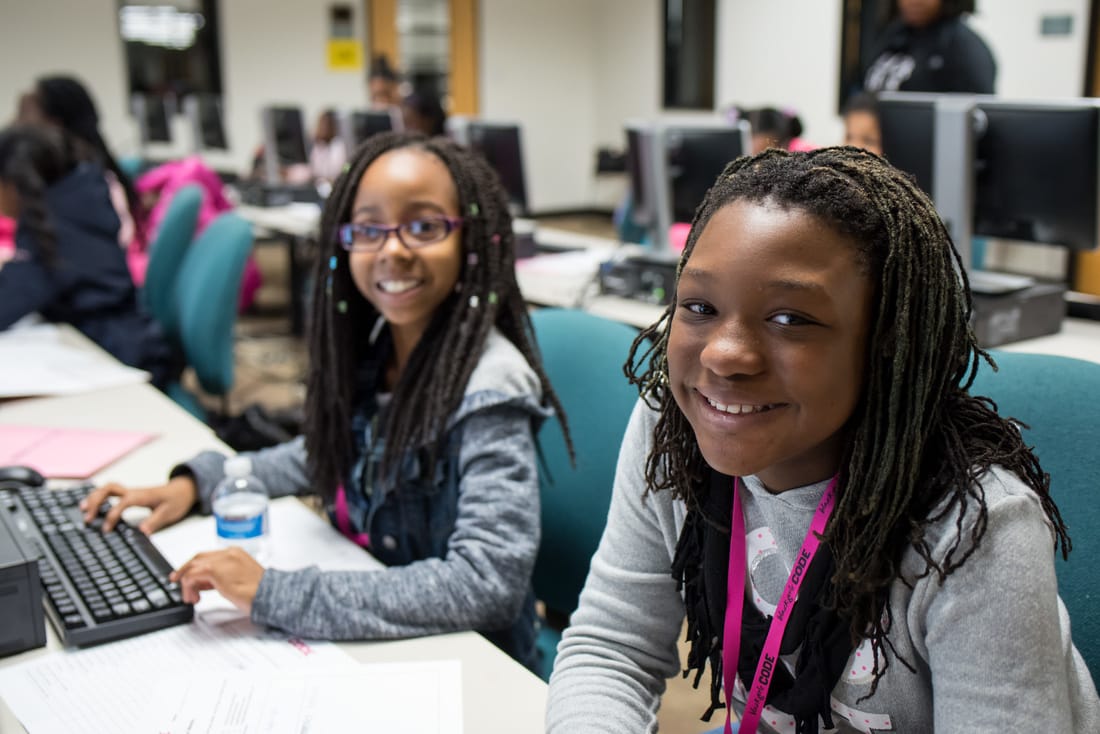 There's been a sea change in culture at Microsoft since Satya Nadella took over as CEO in 2014. While part of the transformation involved simply getting the various teams at the behemoth corporation to collaborate and stop in-fighting, it also was about recognizing the importance of learning new ideas and welcoming new people, regardless of background.

Xbox boss Phil Spencer championed the message of diversity at the DICE Summit earlier this year, and at the Game Developers Conference Xbox once again put an emphasis on Games For Everyone, a program Spencer introduced two years ago to foster a message of inclusivity. Now Microsoft has revealed that it's investing $500 million in partnerships with Black Girls Code and Technology Access Foundation (TAF).

Mary Snapp, Corporate VP and Lead for Microsoft Philanthropies, revealed the initiative on LinkedIn, explaining the goal to "expand computer science and STEM learning opportunities for students of color in our backyard." Specifically, Microsoft is helping Black Girls Code open a chapter in Seattle (its 14th city), to facilitate its mission of introducing programming and technology to young and pre-teen girls of color through clubs led by women engineers of color. The company is also bolstering its relationship with TAF by contributing to the STEMbyTAF academic model.

Last year, only five percent of AP Computer Science test takers were African-American and only one-quarter were young women. At the same time, we face a STEM pipeline crisis where our workforce needs are growing at an accelerating pace.

TAF was actually founded by a Microsoft leader, Trish Millines Dziko, in 1997. It started as an out-of-school program for students of color in Seattle and has since evolved into a full school and "become a sought-after expert on how to create learning environments that eliminate race-based disparity in academic achievement. STEMbyTAF is designed to help replicate their successful strategies at other area schools."

While Microsoft's focus benefits all tech fields, the games business has historically been predominantly white, male, and heterosexual. Game developers do recognize the importance of diversity, however. An International Game Developers Association survey at the start of 2018 indicated that 81% of developers believe that diversity in their workplace is either “very” or “somewhat” important (up from 78% in 2016 and 63% in 2015). But without active support for women, minorities and the LGBT communities, these stats aren't likely to change much. That's why it's so encouraging to see companies like Microsoft with the resources to commit to change actually do so.

"Despite the increase in access of computer science education in schools across America, significant gender and racial gaps remain between which students participate in high school computer science courses," commented Snapp. "Last year, only five percent of AP Computer Science test takers were African-American and only one-quarter were young women. At the same time, we face a STEM pipeline crisis where our workforce needs are growing at an accelerating pace...

"As Satya has said in the past, Microsoft can only be successful if we have people of all backgrounds building our technology and we cannot build product and services for everyone unless everyone is represented in our engineering ranks."