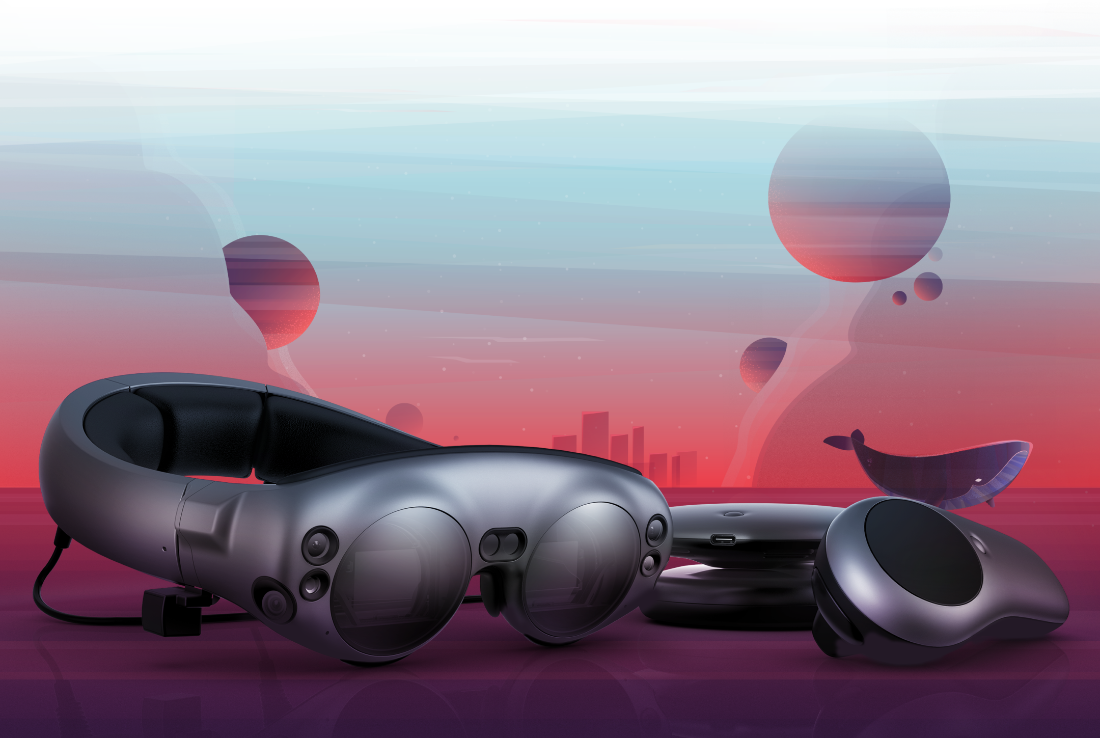 Magic Leap has laid off 'dozens' of staff across multiple departments in the past few months, a new report from The Information (h/t Gamasutra) has claimed. The layoffs come off the back of less-than-expected sales for the company’s augmented reality headset Magic Leap One. The $2,000+ headset sold roughly around 6,000 units within its first six months out of the 100,000 units the company and its CEO Rony Abovitz hoped for in its first year.

Magic Leap One has been available to developers since August of last year and was complemented by content from the likes of Weta Workshop, the NBA and Icelandic band Sigur Rós, but The Information only reported on its first six months worth of sales data.

Magic Leap has announced this morning it’ll rebrand the Creator’s Edition of the Magic Leap One to Magic Leap 1, aimed as more of an enterprise piece of kit. According to The Verge, chief product officer Omar Khan said it’ll have “minor” updates, but beyond those, it’s practically still the same headset that went on sale last year.

As for the next-gen Magic Leap headset, the plan now, according to The Information, is to raise funds for a headset that’ll improve upon the first-gen unit, although it notes that will likely be another few years away yet. Magic Leap has also introduced cost-cutting measures internally to help counter slow sales of the first-gen headset.

Developers working on content for the headset haven’t exactly held back their feelings for it either. Speaking in a thread on the Gadgets Reddit, one developer who’s been working on a project for the Magic Leap One has said it is “one of the absolute worst dev experiences I have ever had,” noting several concerns with it. Those include restarting it on a constant basis, the lack of availability of basic features, and the device becoming too uncomfortable to wear when it heats up.

“If anyone is considering getting one with the intention of developing for it, I would strongly urge you to reconsider,” said the poster. Another developer in the thread was singing the praises instead for Microsoft’s Hololens 2: “For what it's worth I've done development with Hololens and it was a great experience. Out the box integration with Unity, mature(ish) SDK and wireless pushes make it a breeze.”

GameDaily approached Magic Leap for comment, but did not get a response at the time of publication. We’ll update when we receive a response.

Stephanie Llamas, head of strategy at SuperData, told GameDaily that she thinks Magic Leap is making the right move since it's clear that it's going to take much longer for Magic Leap's headset to be consumer ready (it’s worth noting, we asked Llamas about the Magic Leap One’s performance before today’s news of a rebrand as enterprise device Magic Leap 1 was made public).

“I think it's become clearer that the device is not going to be consumer-viable for longer than they expected. Therefore, a push toward enterprise for the next few years makes a lot of sense, although they are now competing with the early entrant Hololens,” she said. “By the end of this year, Microsoft will have shipped roughly 350K devices, meaning the companies that bought that device already will be hard to convert. It's going to be an uphill battle -- but it doesn't mean all hope is lost as long as they differentiate themselves in a meaningful way from the competition.”

When asked if Magic Leap made too big of a leap with the 100k sales estimates it went for, Llamas added: “That's what their estimates indicate. With such a high pricepoint and limited content, it's too early to have those expectations. I think people also expected more from the device given the hype, promise, investments and release delay. Whether or not those expectations were realistic, there was still an implication that the device was further along than it is.”

But analyst David Cole of DFC Intelligence held no punches back for what this all meant for the AR firm.

“Magic Leap was one of those companies that received a great deal of financing in the 2014 to 2016 VR/AR hype,” Cole told GameDaily in a brief but frank assessment of what Magic Leap has become. “There is a lot of money at stake. Magic Leap One was a turkey, so it is back to the drawing board.”

Simply put, with a little over $2.5 billion invested into the company, management is feeling the pressure. Investors want to be reassured that they've not thrown that money into a "turkey," and with competing headsets or glasses coming from the likes of Apple, Niantic & Qualcomm and more in the near future, Magic Leap has a limited window to fix its approach to the AR market.

(Updated 12/10/2019 with additional comments from SuperData)