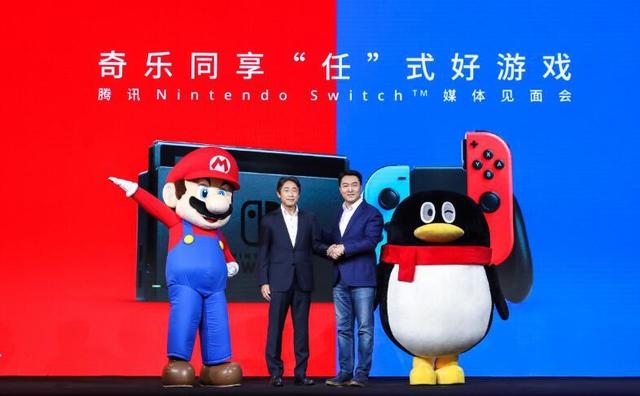 Nintendo Switch’s official launch in China is off to a promising start, according to a new report from Niko Partners.

The system’s official launch has seen it hit 50,000 units sold through in the country since releasing on Tuesday, according to the analyst firm. A demo of New Super Mario Bros U Deluxe is available in the Nintendo eShop, as is the full game. Chinese versions of Super Mario Odyssey and Mario Kart 8 Deluxe have been approved and are due for release in the next few weeks, according to Niko.

Online retailer JD.com sold through 20,000 units via its website with nearly half of buyers aged between 16-25. Another retailer, TMall, reported sell through numbers of 10,000 units, with 75% of buyers under the age of 30.

“We note that a number of day 1 buyers already owned the grey market version of the console. With over 50,000 units sold on launch day, the official China version of the Nintendo Switch is on track to reach our initial forecast of 100,000 units by the end of 2019,” said Niko. It reiterated previous predictions that Switch, when accounting for sales within the grey market via the free-trade zone in Shanghai as well as legal sales, will surpass PlayStation 4 as the Chinese market leader by 2022.

Niko Partners analyst Daniel Ahmad told GameDaily that although it was a risky move to launch with just one game compared to the ten games Xbox One had at its official launch or the six available for PlayStation 4, Nintendo’s brand power should help pick up the slack.

“It was a bold move to launch the system with one game, especially when the Xbox One launched with 10 games in China and the PS4 launched with 6 games,” said Ahmad. “Tencent’s first priority will be ensuring it can release a steady stream of titles through 2020. We believe that Nintendo is better positioned to reach a broader audience than Sony and Microsoft have been able to in China.

“Nintendo’s first party IP such as Mario and Pokemon are well known in China and we believe that gamers in the country recognise Nintendo as a high-quality software developer. The Nintendo Switch is the only place that gamers can play these high-quality titles.”

Kantan Games’ Serkan Toto added to GameDaily: “The 50,000 estimated to sold through are a good start, especially given there is already a huge grey market for the device in China and only one game available at launch.”

This is an encouraging start for the system in the country, but now the onus is on Nintendo and distributor Tencent to keep up the momentum for 2020, especially if there’s any chance of surpassing PS4 within the next three years. So what can both companies do to sustain the system’s great start within China next year?

“I think the key will be the games,” said Toto. “Tencent must prove to Chinese users that the content is good and unique enough to justify the expense for the hardware and software. That will be a challenge in a market that is mobile-crazy and where even a lot of hardcore PC gamers prefer the free-to-play business model.”

He continued: “The Switch absolutely needs unique games, and my bet for a big driver in 2020 is Pokemon. Pokemon Sword/Shield would be a potential system seller, given how big the IP is in China. However, 2020 is long, and Nintendo most probably has the one or other blockbuster in store that we don't know about yet.”

Ahmad’s perspective is Tencent can increase the appeal of owning a Switch by bringing cloud gaming services, F2P games, and internally developed titles from Tencent to the system as well as launch the cheaper Nintendo Switch Lite. But he agrees with Toto that the main driver at the end of the day will be software.

“We expect Nintendo to see the full benefit of the official China launch in its next fiscal year, after a full year of hardware sales and the introduction of multiple Switch games,” he said. “Offline retail demos will also be key to helping potential buyers understand the product.”