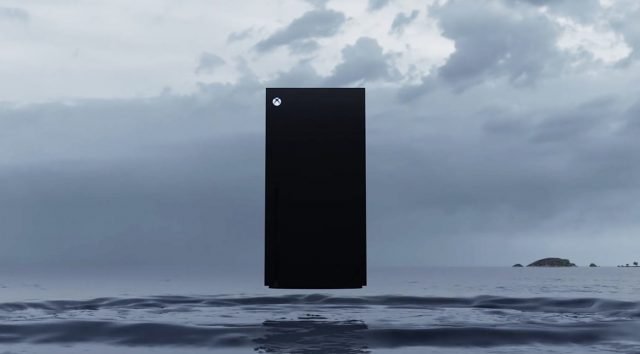 At last week’s Game Awards, Microsoft officially unveiled the next-generation Xbox video game console. The reveal trailer also included a holiday 2020 release date, as well as a name: Xbox Series X. In the hours and days following, the online discourse would dissect this moniker, analyzing the implications that come with the word “series,” and poking fun at the historically-eclectic naming convention that Microsoft has employed for its various consoles.

First there was the Xbox, then the Xbox 360, followed by Xbox One (S and X), and now the Series X. Many online have called this strategy needlessly obtuse, especially when compared to the straightforward numbering system that Sony uses for its PlayStation consoles. For some, the existence of several models of Xbox One consoles with names like Xbox One S and Xbox One X exacerbates the potential confusion a name like Series X might cause.

Then, yesterday, Microsoft threw another wrench into the cogs. It turns out that “Series X” is not the name of the console, but rather a specific model of it. Instead, the next-gen Xbox is called simply…”Xbox.” This unexpected reveal began anew the online debate surrounding Microsoft’s branding strategy and the connotations that might be associated with it.

This is certainly a concern for Carter Rogers, principal analyst at games industry analyst group SuperData.

“The biggest potential issue with the Xbox Series X is that it sounds similar to Xbox One X, which might lead to some consumer confusion during the transition between devices,” Rogers told GameDaily, adding that prospective buyers may simply need some time to acclimate to the name. “It always takes some time for gamers to adjust after they’ve gotten used to a product’s codename. The first reactions to the Wii name--originally Nintendo Revolution--certainly weren’t positive.”

In a tweet, Game Informer executive editor Andrew Reiner said that “Xbox is a good name for the console, but why didn’t they say that at the Game Awards? So confusing.”

Also on Twitter, business writer and GameDaily contributor Mike Futter likened the naming strategy to the one used by car manufacturers to denote make and model, but suggested that it doesn’t necessarily translate well to a video game console.

“They are doing the automotive thing... sort of. The new console is called Xbox. That's not going to cause holiday gift-giving confusion at all,” Futter said sarcastically. “And now the Series X bit seems both extraneous and additionally confusing given the Xbox One X's existence.”

In an interview with GameSpot, Xbox head Phil Spencer explained that the name is meant to imply a sort of one-stop shop for all your Xbox needs, a single place to experience the best that the brand has to offer. To emphasize this, he referenced the backwards compatibility of the current Xbox One.

"I think on Xbox One X today, I can honestly say for almost all of the 360 games that run there, the best place to play them is no longer the Xbox 360,” Spencer said in the interview. “They actually play better on the Xbox One X and I want the same to be true here [with Xbox Series X]. And that kind of [goes] full-circle back to why the name is what it is, because this is the Xbox. This is where your Xbox games play."

“If there are multiple Xbox consoles on the horizon, simply using the ‘Xbox’ name makes sense,” Rogers added. “It’s much like how Apple often refers to the ‘iPhone’ brand instead of specific models. We’ve already seen the Xbox name grow to encompass virtually all Microsoft gaming offerings (Xbox Game Pass for PC, Xbox Game Studios) instead of just being used for game consoles.”

In an effort to gauge the success of Microsoft’s choice of name, GameDaily reached out to Stephanie Tinsley of Tinsley PR and Marketing to tap into her branding expertise. Her reaction to Xbox reveal was very positive, a contrast to the largely-negative reception seen on Twitter.

“I love it. Sure, it doesn’t have the easy recognition of a numerical order, but I don’t think that matters today,” Tisnley said. “Players are pretty savvy and know what they want. I don’t think they need a number to lead them to the latest iteration of a console, and I disagree that the name is a turnoff.”

Tinsley said that criticism of the name across social media comes from an “echo chamber” effect where users attempt to “one-up each other’s bad hot takes,” resulting in a zeitgeist characterized by negativity and pessimism.

Regarding the process of choosing a name for a hotly-anticipated consumer product, Tinsley said that the iterative process is universally robust, and that it’s all but impossible that the Xbox name did not go through layer upon layer of approval.

“I can’t really speak to what all went into the process at Microsoft because I don’t work there,” she said. “I can say from my own experience, though, that product, branding, and marketing decisions are never taken lightly, and that infinite details are considered across multiple layers of the organization.”

Tisnley trusts Microsoft’s process, and said that the name won’t factor into her enjoyment of whatever entertainment environment the next generation of Xbox helps to create.

“The Xbox console is such a vital part of the gaming ecosystem that the name, to me, hardly matters,” she said. “As a fan, I’d love to see more great games and services like Game Pass--things that really benefit the players.”

While we’ll have to wait until holiday 2020 to gauge for ourselves the success of the console’s name, there’s no denying the recognition that comes along with the Xbox brand. Microsoft seems to be aiming for an all-purpose ecosystem for the next generation, and the existence of a “Series X” version of the next Xbox implies an evolving, iterative platform--and it’s a platform that will likely see a “Series S” or similarly named variant given the strong rumors of a disc-less version.

“It’s reasonable to emphasize the Xbox name, instead of the name of a specific device, as the lines between console generations become blurred,” Rogers explained. “The introductions of the Xbox One X and PlayStation 4 Pro were early steps toward console transitions becoming much less drastic than they have been in the past, and closer to how smartphones are gradually updated.

"With console gamers playing service-based titles like Fortnite and Destiny 2 for years, it makes much less sense for console makers to have a hard break between console generations and start from an install base of zero every five to seven years.”

As we move into 2020, the boundaries between console generations are not as solid as they once were. Microsoft seems to be establishing the Xbox brand as a singular entity, a unified platform than can serve as the source of all of the company’s future gaming content. Whether it’s called the Xbox or the Series X, Microsoft’s next platform will no doubt be a robust entertainment powerhouse.