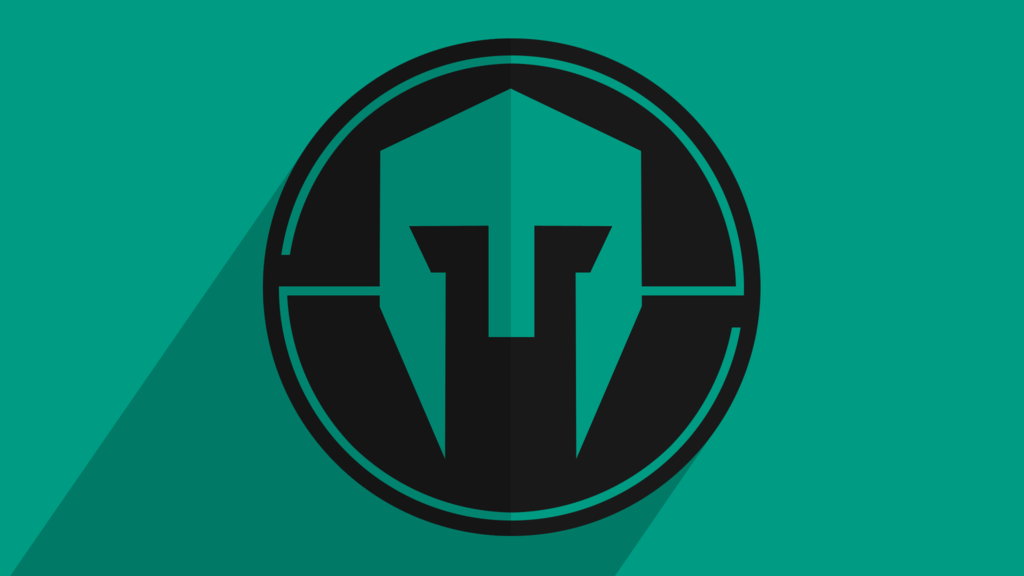 Esports has a toxic reputation. Between professional players shouting racial slurs and the communities running amok with problematic memes, esports has become synonymous with “dollar dollar bills y’all” and rampant social problems. Ari Segal, COO of Immortals (behind Overwatch League’s LA Valiant and a host of other esports teams), does things differently with his organization. Not only is diversity and inclusivity a part of the way the teams are raised up through the competition circuits, but it’s baked into the way the company itself is run. Immortals believes in a 360-degree approach to representation and it begins with the way that they govern themselves.

GameDaily chatted with Segal while he was in New York for the Overwatch League finals. He was candid about a number of different issues in the industry, but none so much as intersectional representation in esports, video games, traditional sports, and right up to corporate America.

“People identify this issue and they try to attack it from the narrowest possible slice,” Segal began firmly. “So for example, if you think of esports as a pyramid, you have pro teams at the top, and you have my mom on her cell phone at the bottom playing Candy Crush or Words with Friends or something. While having a successful female Counter-Strike team is great, having a female Overwatch League pro is great, that is not addressing the problem comprehensively in our view. We believe that this is a full pyramid problem.”

The “full pyramid” that Segal is describing is made up of gamers at all levels: casual and occasional gamers hang out at the bottom; intermediate gamers (not pro, but experienced) above that; amateur competitive players; and professional competitive players complete the top of the pyramid. Segal believes that the right solution reaches into all corners of the pyramid, rather than focusing on how to create more diversity and inclusivity in esports. If there isn’t much of a push to get more underrepresented communities to play games, then the problem is exacerbated right from the beginning.

“But it's how do you get this massive population of people engaged at the base of the pyramid?” he continued. “How do you get people playing and engaging and watching? And of course, some of those people will migrate up into being esports professionals over time, but that's a result and not an input, in our view. And you need to create safety and resourcing across every step along that chain in order for that result to be a sustainable and repeatable result, while at the same time having that full pyramid be a dynamic, vibrant, and growing space in the ecosystem.”

People want to be able to see themselves in the content they’re consuming and esports is no exception. So, if that narrative is about the “hometown hero” and that’s the representation of a particular community, it works. (Sort of.) But it goes deeper than that.

“If someone were to have a female pro [on their team], my guess is at least part of the reason why they're interested in having that female pro is that they believe that will better activate a female fan base,” Segal said simply. A cynic might believe that this boils a player down to their identity and identity alone, but Segal sees diversity as vital to growth. Bringing in a broader audience base for an esports team because they have a diverse roster is good for business.

“Of course, by the way, women make up more than 50% of purchasers,” Segal quipped. “So the fact that [women are] viewed as a minority community is kind of against the economic realities of the marketplace. It's financially irresponsible. It just makes no rational sense at all. If 400 million people are watching games and 30% of them are women, that's a really big market. That's a really big number. 120 million people. It's only a minority if you define it in a very limited way.”

The team has the potential to reach an audience that goes beyond the stereotype. It’s good for live event sales, merchandise, community engagement, and viewership for competitions. Immortals subscribes to this philosophy: diversity is a social good that also benefits the bottom line.

“Why does player X matter more to one team than the other? Well, maybe he or she is from that community. And so there's a story, a narrative, the hometown boy that connects people to a location. And there's nothing wrong with that. We accept that. And of course, would you trade off that hometown boy for the better player? In some cases, yes you would. And so if the female pro is better than the alternative, of course you'd rather have the better player, but at the same time if you can round out your roster in a diverse way to help grow your business, that's good too.”

The problem with the pyramid is that it’s heavily weighted against diversity the higher up you look. Intermediate players that may dabble in competitive (like Overwatch seasonal play) likely represent a broad, diverse spectrum of gamers that come from all walks of life, including those from underrepresented communities. But because of the inherent toxicity in competitive gaming (even though companies are working hard to curb those issues in their communities), there’s a sharp barrier to entry for competitive gamers who are looking to do more than trifle with competitive gaming.

“If you do that work to move people along [the pyramid], but you don't reinforce the safety at every step along the chain, then you're kind of defeatist,” Segal noted. “You've achieved this end goal but you have no way to realize the value of it. Either way, we think of this problem comprehensively. I would also add that I think this is a problem that exists in traditional sports. I think it's a problem that exists in corporate America. And I think that the way that people publicly try to address this problem is candidly patronizing to the female population.

Segal isn’t naive -- he knows that esports has its own stake in diversity issues, even if esports is neither the root of the problem nor the cause itself. “This is a societal problem, not an esports problem,” he said. “That doesn't remove our agency in needing to be part of the solution.”

The pyramid is consistently going to present its own range of problems, especially as esports continues to struggle with what it means to be a “professional” gamer and esports athlete. And just like Immortals views diversity and inclusivity as a “full pyramid problem,” they’re committed to ensuring that their own house is tidy before they go ahead and tell others to fix theirs.

“Core to our brand is that we are, and will remain, the most inclusive brand in esports,” Segal said, a measure of pride in his voice. “We have the highest percentage of female fans of any team in Overwatch League, and that's not an accident. And it's not because we just picked this as an issue. It's because it's one of the pillars of our organization, to be inclusive. And that needs to be something that's attacked in a 360-degree way. So certainly we are focused on diversity on our executive team, which has like six or seven team leads, [and] three of those people are [women]. So, on our management team, at our board level, and in the way that we communicate to our fans, we are constantly thinking about and leaning into this issue of diversity and inclusion.”

The way that Immortals moderates its communities is with a steady, but firm hand. They don’t let toxicity run rampant with their fans. That ban-hammer comes down swiftly and doles out community justice as often as is required.

“We moderate our fan communities as rigorously as anyone in esports,” Segal affirmed. “We have the highest standards for participation, and we probably have the quickest trigger to move people out of those communities if they don't follow the norms. Ours is a safe space. And that creates a very powerful virtuous cycle, where because people feel safe and they can participate, they're encouraged to stay and bring others, and those people feel safe and can participate and bring others, and on and on we go. I think it's worth noting, though, that gender equality is not the only issue we care about. Inclusivity involves all sorts of things.”

Inclusivity is always intersectional -- it needs to address all issues at once, including racism, sexism, and bigotry against those who identify as LGBTQIA. Immortals doesn’t ignore that this piece of their community is just as important as women and people of color.

“Another massive community in gaming [is LGBTQ], an important stakeholder in just progressive society,” he said, “and increasingly, I think, recognized as a significant percentage of the population. So again, a double bottom line population. We were the first esports organization to have a formal, dedicated affiliation with an LGBTQ non-profit, the You Can Play Project. And part of that is publicly taking a stand alongside with them, around a very simple message, which is if you can play, you can play. There's nothing about sexual orientation or gender or color or natural origin. It's just if you can play, these are games damn it, when you can play.”

What sets Immortals apart from a number of other esports organizations is in how they train their players, their trainers, and their staff. Where other companies are simply reactive when players say (or do) terrible things, Immortals steps to their people and is proactive.

“And I guess another component of that, which seems reasonably important as ‘can you play?’ is facilitating sensitivity training for our trainers and staff,” Segal said, adamant. “It's proactive, not reactive, but also it's the 360-degree approach. We wanna be more aware and better positioned to talk about and react to this issue, be part of the solution. We wanna tie into merchandise to let people connect physically and tangibly. We wanna have an event component. We wanna have digital components. We attacked this problem and this issue just like we'd attack anything else in our space.”

As Immortals expands into Brazil, they’re constantly reevaluating what the future of esports looks like for both their audience and the teams they want to build, train, and promote. With Immortals’ help, that pyramid is looking more vibrant each day.

“For those in underrepresented communities, I would say stick with it, we hear you,” he said. “Use the power of digital connectivity to recognize that you're not alone. No matter what minority community you're in, you can find others like you. That doesn't mean you need to find others like you to be validated, it just means that you can have people that understand where you're coming from that can take that journey with you.

“To aspiring esports players generally, I would say recognize and accept that this is a job and a profession, and unlike the NBA or the NFL or the NHL or anything else, there are more people playing your game than are playing those games. And if you want to be successful, you've really got to commit. And that means not just practicing your gameplay, but taking care of your mind, taking care of your body, and understanding how to interact with fans on social media. If you want to be a pro, you have to be a pro.”