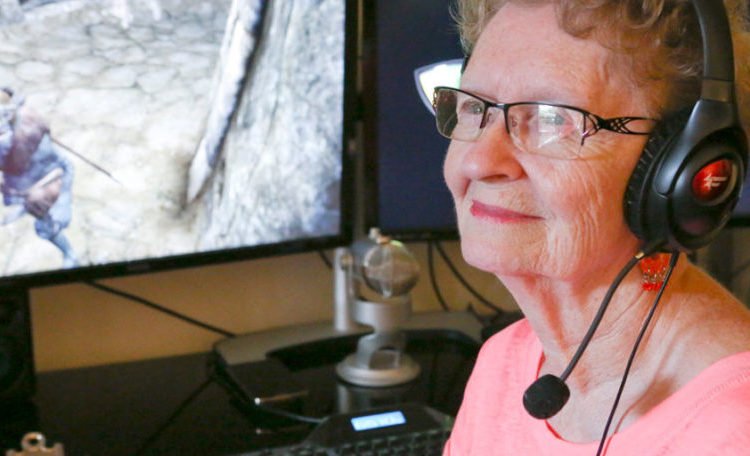 In 2019, 44% of adults aged 50-plus played video games at least once a month, an increase over the 38% boasted by 2016. This is according to a survey from the AARP that examines the gaming habits and spending of the older generation. According to the AARP, the size of this group has grown from 40 million in 2016 to 50.6 million last year, and the average play time is five hours per week.

In addition to increased gaming time, spending on games within this age range hit $3.5 billion during the months of January to June 2019. This is an enormous increase over the $523 generated in 2016.

“And because Gen X, who grew up as kids with Atari 2600s and have been Console mainstays ever since, are quickly approaching these age thresholds this market is only going to increase in size and potential,” he continued. “Build in accessibility options and target these game players!”

In an effort to glean some insight on this growing demographic, GameDaily reached out to the International Game Developers Association.

“As the game industry and the reach of video games continues to grow, it is important for the game developers to keep in mind the full range of gamer players, from children to older generations,” IGDA executive director Renee Gittins said. “While we've seen the rise in esports and fast-twitch games, many older gamers who enjoy competitive gameplay prefer games with a larger focus on strategy. Gamers across ages and backgrounds also prefer different game content. Players usually prefer games with characters and references they can relate to. All of these factors need to be considered when developing a game to ensure it appeals to the target audience and succeeds in this competitive market.”

Despite these always-growing statistics, the games industry seems to be at odds with itself regarding how to market to this specific demographic. In a 2016 GDC talk, Bob De Schutter--a professor at Miami University--expressed frustration at a lack of accommodation for the specialized needs of older gamers.

"I'm going to talk about the 65-year-old version of me,” De Schutter said at the time. “He is seriously frustrated with the games that are being marketed."

As we age, our motor skills and reaction time tend to diminish. Aging also exacerbates existing disabilities, something that the industry needs to keep in mind as the largest gaming demographic grows older. In an effort to help keep such issues in the forefront, the International Game Developers Association has curated a set of guidelines aimed at keeping gaming accessible to as wide an audience as possible.

The guide is meant to serve as a reference for publishers, developers, and manufacturers as they build their gaming experiences, and includes methods for addressing the specialized physical and cognitive needs of aging gamers and those with disabilities.

“Older gamers have different skills, interests, and available time than their younger counterparts,” Gittins explained. “Flexibility in progression, particularly for online competitive games, is key to retaining older gamers who have less free time available due to families and other responsibilities. Games that allow for a variety of approaches will appeal best to a wider audience, allowing younger players to make use of their fast-twitch skills while older players can take on more strategic approaches. To mitigate for varied free time, I think we will continue to see a rise in ‘catch-up’ mechanics, both free and paid, in the gaming market.”

It would also greatly benefit development studios to employ personnel of this age range, as there’s no one who would better understand the demographic’s needs as players and consumers. According to IGDA’s survey data cited by De Schutter during his GDC talk, only 1% of all developers in 2014 were over the age of 50, a disproportionately small statistic considering the ever-increasing number of gamers in that group.

Still, Gittins said that we’ve begun to see the increasing age of developers reflected on screen.

“As gamers and game developers have grown older, we have been seeing the rise of protagonists who also show their age,” Gittins said. “Both Solid Snake and Nathan Drake have aged with their series, and Wynne and Geralt display their age gracefully. I think we will also continue to see a rise in reboots and remastered versions of games that appeal to the nostalgia of older gamers.”

The industry has taken strides in recent years to accommodate gamers with disabilities thanks to efforts like Microsoft’s Adaptive Controller, but there’s obviously still a long way to go. As De Schutter said in 2016, the average age of gamers is steadily on the rise, and before long the largest demographic will be in its 50s. It’s time for the industry to take note and plan for the future.