Square Enix reveals its ambitions for 2020 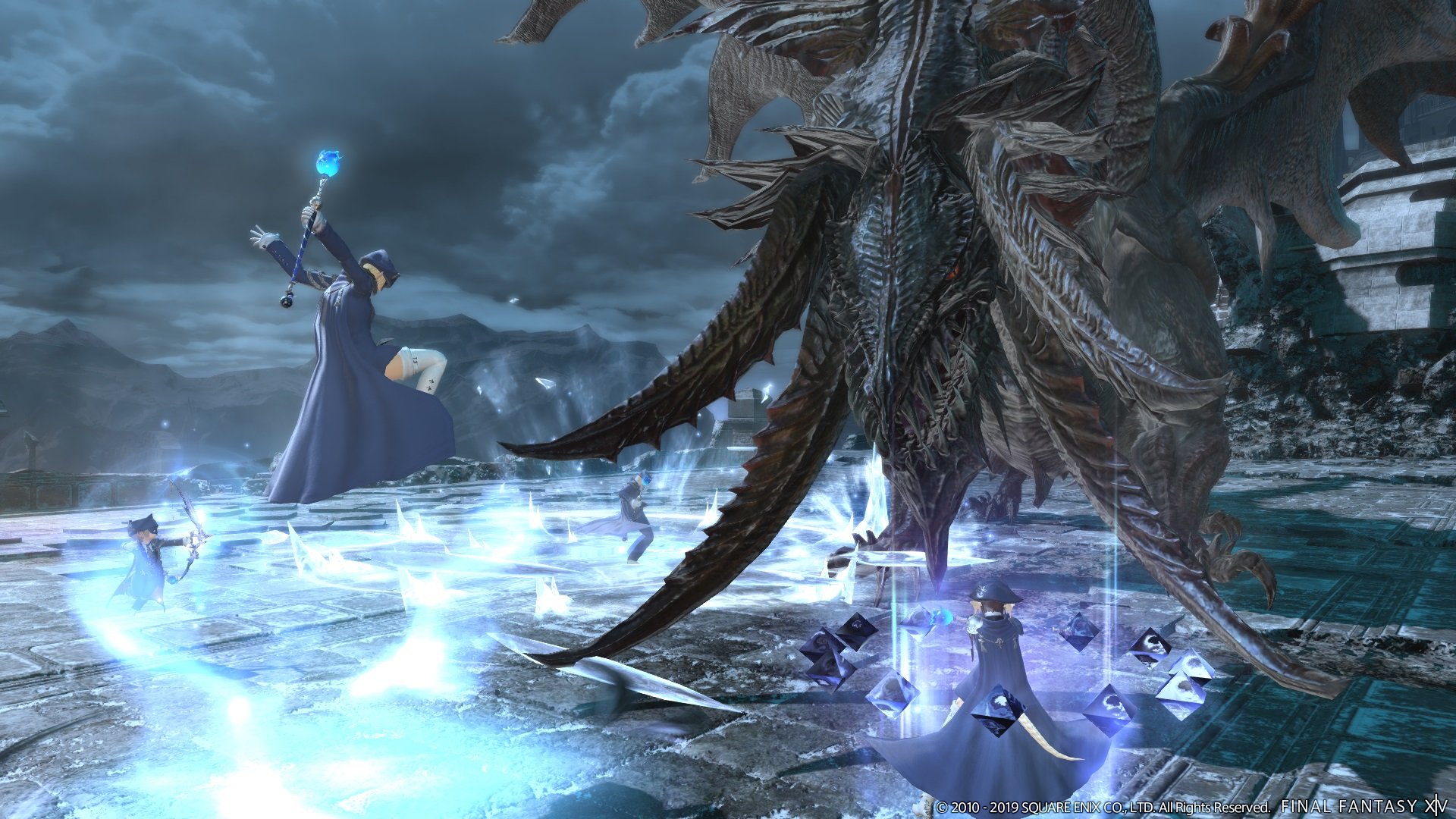 As 2020 gets underway, many in the industry are taking stock of the major gaming trends that rose in prominence over the last year, and musing over how to leverage them moving forward. In an open letter, Square Enix president Yosuke Matsuda expressed interest in a number of growing market sectors, including cloud gaming, subscription services, AR and VR, blockchain, and artificial intelligence.

“In 2019, the digital entertainment industry saw the announcement of next-generation consoles like Sony Interactive Entertainment’s PlayStation 5 and Microsoft’s Xbox Series X,” Matsuda wrote. “Cloud streaming services also came into their own, with the introduction of Google Stadia, NVIDIA GeForce NOW, and the announcement that Microsoft will launch its xCloud platform this year. With the arrival of these new platforms comes the potential for major change in the nature of content platforms and competition between platform providers. Further, as smartphones have begun to offer less in the way of new functionality and grown more mature as gaming devices, expectations have begun to mount for the arrival of new AR glasses.”

The mobile sector is also an area of concern for the Final Fantasy developer and publisher. Matsuda’s letter noted that the market continued to show growth in Japan, even if that growth slowed somewhat in 2019. Square Enix has a substantial stake in the category thanks to its sizable mobile portfolio, so it’s certain to be closely monitoring the trends. Coming off of a rather lucrative holiday spending season, mobile business is likely to continue to be a core pillar for many devs.

Subscriptions dominated the conversation for the latter half of 2019, with a number of prominent industry names expressing intent to deploy their own premium services. Publishers like Ubisoft, EA, and Microsoft, among several others, already host their own subscriptions. Coming off of E3 last year, Square Enix also showed interest in making its back catalog available for a monthly fee.

“We do already provide games for Microsoft's Game Pass,” Matsuda told GamesIndustry in June. “But at the end of the day, the direction that we're thinking about is having a channel of our own. That would require significant preparation and investment. We'd also have to consider whether or not it will work well solely including our own catalogue titles. At present, as I say, we are offering our games on multiple subscription services, including Microsoft's. But eventually I do think that we need to get to the point where we have enough insight that we can build our own service.”

Additionally, Square hopes to break into the cloud gaming sector in the near future, which will be helpful in establishing a foothold in the subscription arena. With the advent of 5G, streaming is likely only going to increase in prominence, and Matsuda is seeking a way to leverage that tech.

“The arrival of streaming as a new distribution platform will not only further accelerate the transition from the traditional disk-based sales model to digital sales, but could also drive significant change in business models themselves via the adoption of subscription models, for example,” Matsuda said. “We are especially hopeful about the major potential cloud streaming services possess to expand markets in growing regions such as India and South America, where there has not been significant adoption of traditional game consoles.”

A number of corporations have made a bid for the growing cloud consumer base. Tencent’s WeGame and START initiatives, Microsoft’s Azure, and Google’s continued cloud development have all contributed to an industry that, last May, analyst group IHS Markit predicted would hit $2.5 billion industry by 2023. The tech’s ability to function on platforms other than high-end PCs and consoles makes it ideal for tapping into markets traditionally lacking in device saturation.

In all, Square Enix’s 2020 ambitions reflect some of the greater industry trends that are likely to see significant developments over the next 12 months. Cloud gaming in particular is almost certainly going to figure heavily into the next generation of consoles, as that technology paves the way for many of the others that manufacturers and publishers hope to utilize.